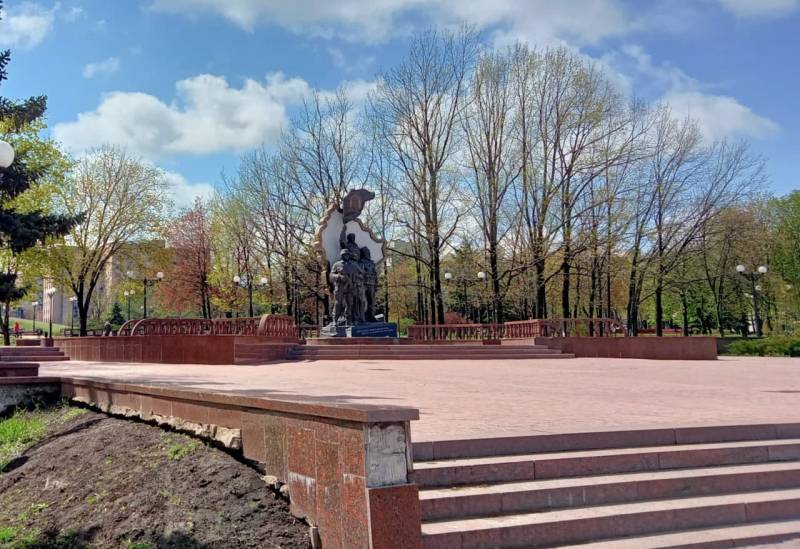 The people and the party are one

On May 10, 2021, an event was held in Rostov-on-Don, during which representatives of the Union of Volunteers of Donbass, as well as deputies of the State Duma of the Russian Federation announced the future participation of the Chairman of the Board of the SDV Alexander Borodai in the primaries of the United Russia Party for further nomination to the State Duma of the Russian Federation Federation. An agreement on cooperation was also signed between the Union of Donbass Volunteers and the United Russia party.

In connection with this event, a number of well-known (and not so) bloggers and journalists had an attack of premature and unmotivated jubilation. In particular, the military correspondent Yuri Kotenok stated the following:

“At the Council of Commanders of the Union of Volunteers of Donbass in Rostov-on-Don: The head of the SDV, Alexander Borodai, goes to the State Duma. SDM and Cossacks - a scalpel that cuts out the metastases of Nazism, defending Donbass. A high delegation from the Russian Federation will take part in the days of the DPR and LPR. The new Duma of the 8th convocation will resolve the issue of volunteerism and the people's militia at the legislative level. Donbass joins the Russian world. The process is irreversible. "
Are these enthusiasm justified?

And to what extent can the official "cooperation" between the ruling party and the SDV be regarded as a harbinger of the LDNR's integration into the Russian Federation? Or at least more effective lobbying of the republics' interests in the State Duma?

Even after Zakhar Prilepin's announcement of the creation of some kind of "squads", it became clear that in the upcoming elections to the State Duma they would play the card of patriotism, as well as use the popular theme of Donbass. What can you do - the colossal political dividends received by various political forces in 2014 due to contact (and sometimes just flirting) with the conflict in Donbass look more than tempting today. In this regard, we can only welcome that for patriotism, the answer will be not an extremely controversial political writer and his amusing shelves, but the SDV is a structure that is really close to the problems of the LDNR and their defenders. In addition, it is clearly associated with the power structures.

At the same time, the hypothetical deputy mandate of Alexander Borodai hardly looks too promising (as well as cooperation between the SDM and United Russia, whatever it may be). What can one deputy do? Voicing important questions and submitting the right bills? And before that, there were enough specially trained people. In the end, paraphrasing the well-known phrase about the party's course is omnipotent, because it is correct - critical decisions hardly depend on the initiatives and views of individual deputies.

Frankly speaking, “merger” or “cooperation” looks primarily as a desire to actively exploit the patriotic agenda (including the theme of the war in Donbass). Not only increasing the popularity of the ruling party, but also actively making the Ukrainian and other "partners" nervous, voicing various unpleasant initiatives regarding the LPNR through Borodai's lips. There is nothing but good in this.

The only question is what these innovations promise to the inhabitants of the unrecognized republics.

The whole thing is that, suddenly again this year in the epicenter of Russian media attention, the DPR and LPR have not yet received anything significant enough that could be taken as at least a hint of an imminent change in the status of the republics or at least security guarantees against military aggression of Kiev. On the contrary, the discussion of the doctrine of the "Russian Donbass" and the obscure program of assistance to the Russian population in Ukraine, as well as the visits of distinguished guests from the State Duma of the Russian Federation, were accompanied by shelling from large calibers.

The picture is surreal: in the center of Donetsk, beautiful people speak well of the Russian world, while 10-15 kilometers away, on the outskirts of the city, representatives of this very Russian world are dying from mines and shells fired by the Armed Forces of Ukraine. Unfortunately, eloquent doctrines and programs did not help them (as well as many of their compatriots). He didn't even protect his Russian passport.

That is, for the population of the republics it is not so important who gets into the State Duma. Although, of course, a lot of LDNR residents will vote for Borodai. They don't even care how often the topic of Donbass will be raised (let alone wise doctrines that are not at all in honor). They are interested in very specific solutions that will stop the carnage on the contact line and become a guarantee of a peaceful sky. Not to mention, finally, to decide on the question of the status of the republics.

That's what's important. And if today's attention to Donetsk and Lugansk and all today's body movements dry up immediately after the elections or turn into some absolutely uncritical initiatives and decisions, then the people who have been living under shelling for the eighth year (as well as the residents of the Russian Federation who sympathize with them) will, to put it mildly, disappointed. United Russia and the UDV, of course, will survive this.

But the outflow of the population from the LPR may significantly increase. But more on that next time.