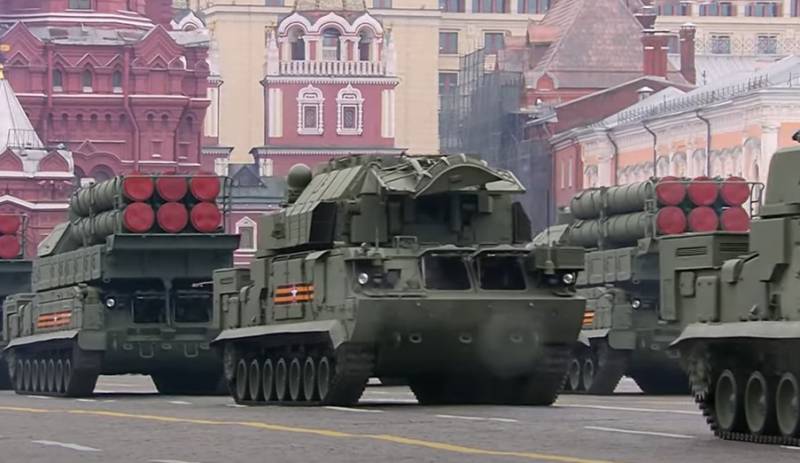 The Victory Parade is held annually in the Russian Federation - the largest military parade, invariably accompanied by a demonstration weapons... Traditionally, legendary people are the first to appear on Red Square. Tanks T-34 wartime, and then - a modern weapon, which is in service with the Russian army.

However, Chris Osborne, the author of the popular magazine The National Interest, calls the T-2021 Armata tank and the new Su-14 fighter the most interesting pieces of equipment shown at the 57 parade. These are some of the most famous and popularized novelties of the Russian military industry, about which the Western press has written a lot before.

As Chris Osborne writes in the US press, a large number of Cold War military equipment is still in service in Russia, which, nevertheless, is being actively modernized. Some of the new tanks and aircraft are quite understandable concern on the American side. Chris Osborne himself admits that the Pentagon still cannot answer the question of how dangerous the new Russian Armata tank is.

Another frequently discussed novelty is the Su-57 fighter: Americans are interested in whether it can compete with the American fifth-generation F-35 fighters.

Chris Osborne wonders which weapon was not shown in the parade and why. After all, the most interesting moment for foreigners is those types of weapons that are much talked about, but which are almost never demonstrated.

Where is the hypersonic weapon that Vladimir Putin has talked about so often?
- the American author asks in surprise.

It's not very clear whether Osborne is being ironic or really worried that Russia might be deliberately hiding the appearance of its latest weapons. Rather, it’s the latter, since both the American press and the official statements of the Pentagon representatives have repeatedly expressed fears about the creation of hypersonic weapons in Russia and China.

For example, in October 2020, General Glen Vancher, head of the North American Aerospace Defense Command (NORAD) and the United States Northern Command (USNORTHCOM), expressed concern that hypersonic defense was not keeping pace with its development and that outdated US early warning systems may not be able to cope with the challenge posed by Russian and Chinese hypersonic weapons.

Earlier, the presence of hypersonic weapons in Russia and China was confirmed by the head of the Strategic Command of the US Armed Forces, General John Hayten. General Hayten then acknowledged the failure of two US attempts to develop its own hypersonic weapons, and then US Secretary of Defense Mark Esper pointed to the United States' lag behind Russia in the area of ​​hypersonic weapons.

It is possible that it is precisely this reasoning of American generals that makes US media analysts worry about why Moscow still hides its hypersonic missiles and does not want to demonstrate them even at such a solemn and significant event as the Victory Parade. 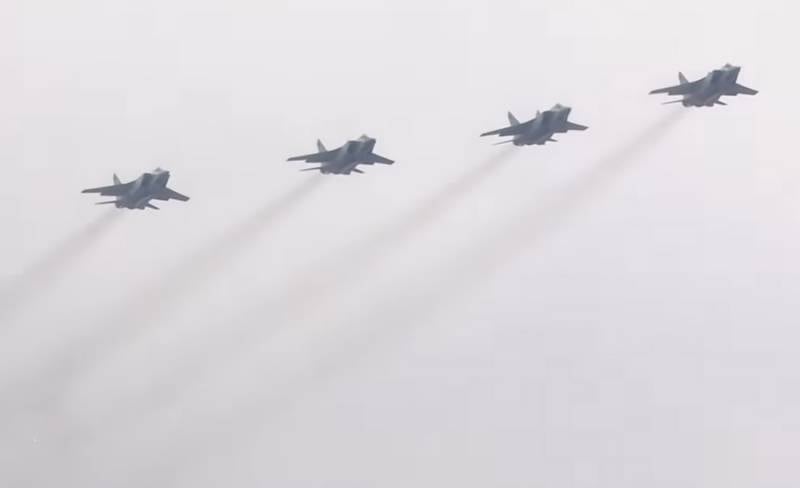 It is worth noting the inattention of the American author. After all, hypersonic weapons were shown at the May 9 parade. We are talking about hypersonic missile systems "Dagger", which have already been put into service with the Russian Aerospace Forces. MiG-31K aircraft with this kind of missiles on board flew over Red Square, but the American journalist either did not pay attention to this, or did not want to pay attention to it. Apparently he was going to see something else.