Thirty-four Adventures on the banks of the Thames 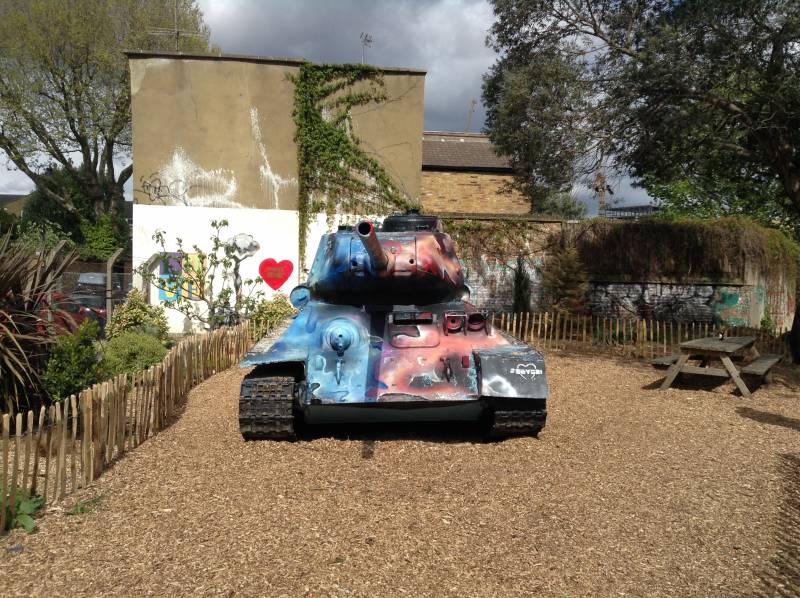 Walking along the streets of southeast London, you will surely see the T-34-85 tank standing on a small patch of land in the shade of an olive tree. It is a local landmark, actor, cosmopolitan and fighter against the British bureaucracy, a favorite of the locals under the nickname "Stompie" (Stompie). Here is his extraordinary biography. 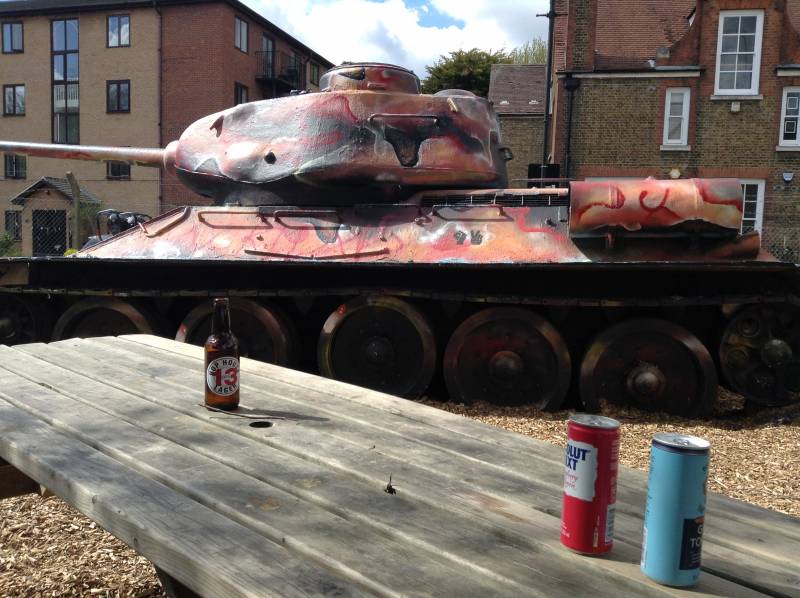 It all started with the fact that in November 1949 all the technical documentation for the T-34-85 tank arrived from Nizhniy Tagil to Prague. It was necessary to arm the Czechoslovakians who had taken the path of socialism. And the production of thirty-fours in the USSR was stopped in 1946.

Wasting no time, comrades in the socialist camp with the help of Soviet specialists in January 1950 began re-equipment of the ČKD Sokolovo locomotive plant in Prague (ČKD Sokolovo). This plant was chosen because it had workshops equipped with heavy cranes. And already at the end of the year, the first 25 thirty-fours entered factory tests, although serial production was only possible in 1952.

It should be noted that almost all units were manufactured at Czechoslovak factories. The Škoda plant in Pilsen built V-2 diesels. Armament - another Skoda plant in Dubnica nad Vagom. And the Slovaks were responsible for the hull and turret - the Stalin Plant (Závod JV Stalina, ZJVS) in Slovak Martin, where the assembly was later also deployed tanks (in 1953, they began to build the T-54 there).

The Czechoslovakian origin of the Stompy reveals a characteristic detail missing from Soviet tanks - the field telephone connector for communication with the crew, located at the rear of the hull on the left.

It is worth noting that, despite the quality of the Czechoslovak assembly in peacetime, the tanks were not reliable. On 81 tanks, delivered to the army of Czechoslovakia in 1951-1952 (their production ceased in December 1953, when they began to build under the T-54 license), 280 breakdowns were noted, of which 250 were directly related to manufacturing defects.

It is not known for sure whether the Stompy released in 1952 suffered from the bunglers. In the decisive battle (more on this below), he did not even use his weapon... Outwardly, its casting is of high quality, the seams are even - after all, it was made by well-fed workers and not under bombardment.

The last thirty-fours were written off and sold for metal in 1993. This is how our hero (a Czechoslovakian with Soviet roots) found himself on the sidelines.

But he did not mess around for a long time and did not get into the open-hearth. It was acquired by a London film studio for the filming of Richard III, a modern interpretation of Shakespeare's play. The film, shot in 1995, flopped. But the Stompy tank had to withstand the main battle of its life and please at least one person.

From a military junk dealer in Kent, the £ 7000 tank was bought by London-based real estate developer Russell Gray as a gift to his youngest son. Gray drove the tank personally, and then on a 70-ton platform transported it to his site in London, on Mandela Way, which local bureaucrats from the government named after the South African freedom fighter after his victory and seizure of power in rich South Africa.

Initially Gray, being a military lover stories, planned to create a landmark in dull South London. Even the passage to the tank by its own the site was allowed to them for tourists. But then the British bureaucracy decided to show the fangs - and broke them against the Czechoslovak armor.

The authorities of the municipality left on the armor of the tank a piece of paper-notification of export and disposal.

In response, the owner received a request to appear at the appointed time and remove the notification in his presence. After all, the representatives of local authorities who placed it on the tank did not even have the right to enter the privately owned site, and not just demand the destruction of the object located on it. The documents were signed by Stompy.

It was then that the tank received its nickname in honor of the South African youth leader, Stompie Moeketsi Seipei, who was killed by Mandela's people, who became a dangerous competitor for sharing the power pie in an incredibly wealthy country, which almost got to Nelson and the company. This was a sarcastic response to incompetent and hardworking self-government officials.

The authorities demanded to get rid of the "litter" site through the courts. As evidence of his innocence, Gray provided a photo of the real litter of the self-administered Burgess Park in court.
- and the judge (by the way, a war veteran) left Stompy alone.

After the second victory, a police officer came to the site, stating that the Ministry of Defense had authorized him to check the demilitarization of the tank, due to the potential danger of using it in an armed coup! The owner of the tank, surprised at this turnover, asked for the original documents for review. And when the policeman said that these documents were not simple, but top secret, he sent the officer to the known official address of his station. In English, of course.

This is how Stompy has lived since then in London. Sometimes acting as a model for local graffiti artists, giving them the opportunity to sit "in the shade of an olive tree at the bar table" and relax with a can of lemonade. And the most politicized root crop is proudly growing nearby. 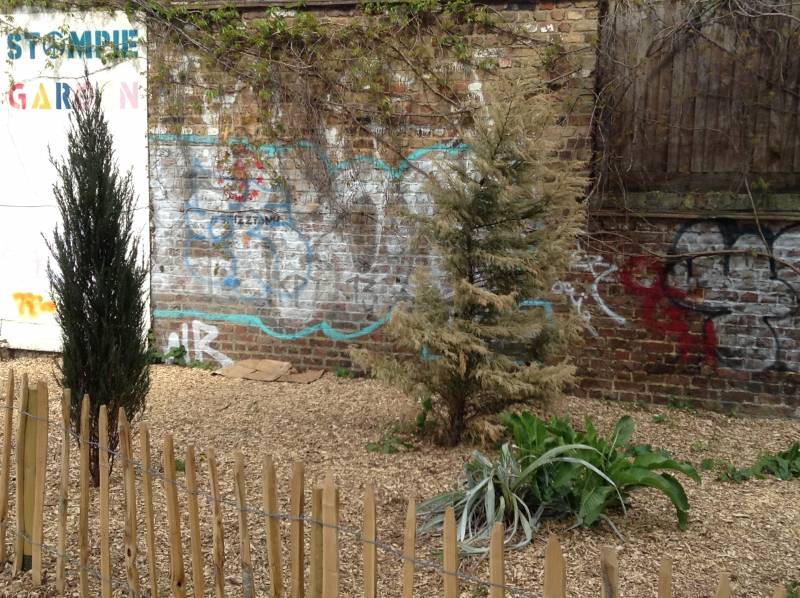 Ctrl Enter
Noticed oshЫbku Highlight text and press. Ctrl + Enter
We are
What you didn't want to know about EnglandList of destroyed the largest and most high-tech enterprises
Military Reviewin Yandex News
Military Reviewin Google News
93 comments
Information
Dear reader, to leave comments on the publication, you must sign in.