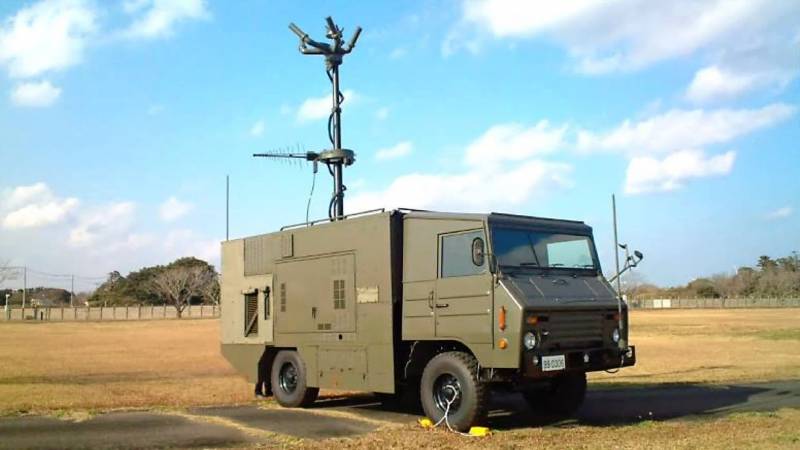 The militarization that we have been witnessing in Japan lately (to be honest, bypassing some agreements of a prohibitive nature) is expressed in the fact that the "self-defense forces" are quietly mutating into a completely normal army and navy.


The Japanese fleet is generally a separate issue. Almost forty destroyers - here you can easily attack anyone, except, perhaps, China, and even then, it is difficult to say who is who.

The army is fine too. Follows the path of development.

One of the points of this development was the adoption by the ground forces of the new electronic warfare system "NEWS". NEWS - From Network Electronic Weaponry System. The task of the new system is to actively disable radars, communication and control systems.

The first active NEWS components will be deployed at the electronic warfare base in Kengun this year, and by the end of the year the first complexes will start operating on alert.

This is according to the official statements of the relevant press services of the Japanese Ministry of Defense.

Here, of course, the question immediately arises: against whom will the new EW stations work on "alert duty"? For those who are aware that Japan is an island state that does not border on anyone by land, the presence of such complexes in the structure of the ground forces is more than interesting.

Nevertheless, the Ministry of Defense of Japan will spend 8,7 billion yen on the development, production and deployment of electronic warfare stations this year. Or $ 90 million. The figure is quite decent.

Not very pleasant thoughts arise here. The fact that the United States was actively pumping money and technology into the Japanese military department is understandable. The Americans have good electronic warfare systems. Not great, but good.

It is probably not worth telling what Japanese electronics and microelectronics are. What the Japanese could not come up with themselves, the Japanese can very easily not just blindly copy, but improve and improve much.

Considering that the main requirements for new electronic warfare systems were high mobility, the highest possible capabilities for analyzing the radio environment and suppression of a wide range of electromagnetic radiation. Separately, the designers were ordered to pay attention to minimizing the impact of electronic suppression stations on the radio electronic means of their troops.

Naturally, everything was done under the auspices of the minimum costs for the creation and operation of equipment.

Independent sources claim that about 2101 billion yen was spent on NEWS R&D from 2016 to 10. Or $ 110 million. Secret military institutions operated under the auspices of the Mitsubishi Denki company, which is well known in the military world.

Naturally, everything was done in the best Japanese traditions. Secret and using all existing technologies, up to computer 3-D modeling.

The Japanese took the path of creating complexes in which reconnaissance and suppression means operating in the same frequency range were combined. Nothing new, almost all the developers of electronic warfare in the world have passed this way, but what the Japanese specialists brought in was the ability to actively operate the stations on the go.

Hokkaido Island is a good place to test electronic warfare. Especially since the Kuril Islands are very close there, where Russian units of a similar nature are deployed.

But the fact that Japanese electronic warfare stations can operate on the move is a serious step forward. Here you can applaud the Japanese engineers who were able to create the most important component for such work - compact antenna units.

True, compact antennas also need appropriate hardware and new algorithms for navigation and direction finding, without this no work “on wheels” will simply work. The station (and its calculation) must know at what point in space it is, and at which - the enemy complex, on which it will need to work. When both points are static, there is no problem. But when the station is in motion, then, in addition to everything, it must track the movement of the enemy relative to itself, as is done by the electronic warfare "C" stations operating on air targets.

In principle, the algorithms are known, but it is just that not only the target is moving here, but the station itself. In general, apparently, the Japanese did it. Unfortunately.

Unfortunately - because a working station on the move is an additional problem for anti-radar missiles, for example. And what is an "umbrella" over a moving column performed by a station similar to ours "Dome" and "Pole-21" - this is very serious.

It is also said that the Japanese have taken significant steps to improve the detection, positioning and recognition of enemy electronic equipment. This, of course, will only have a positive effect on the subsequent suppression of these funds.

The NEWS system includes four types of electronic warfare stations. To increase mobility, they are placed on the basis of Toyota trucks with a carrying capacity of 1,5 tons. Looks funny, ours are mainly on a tracked chassis or monsters from BAZ, which is justified. But in Japan the roads are decent, they can.

Control centers with processing equipment are placed in more serious equipment - all-wheel drive "Izudzu" with a carrying capacity of 3,5 tons.

Log-periodic antennas (for range operation) are mounted on single-axle trailers. Cheap and convenient, by the way. 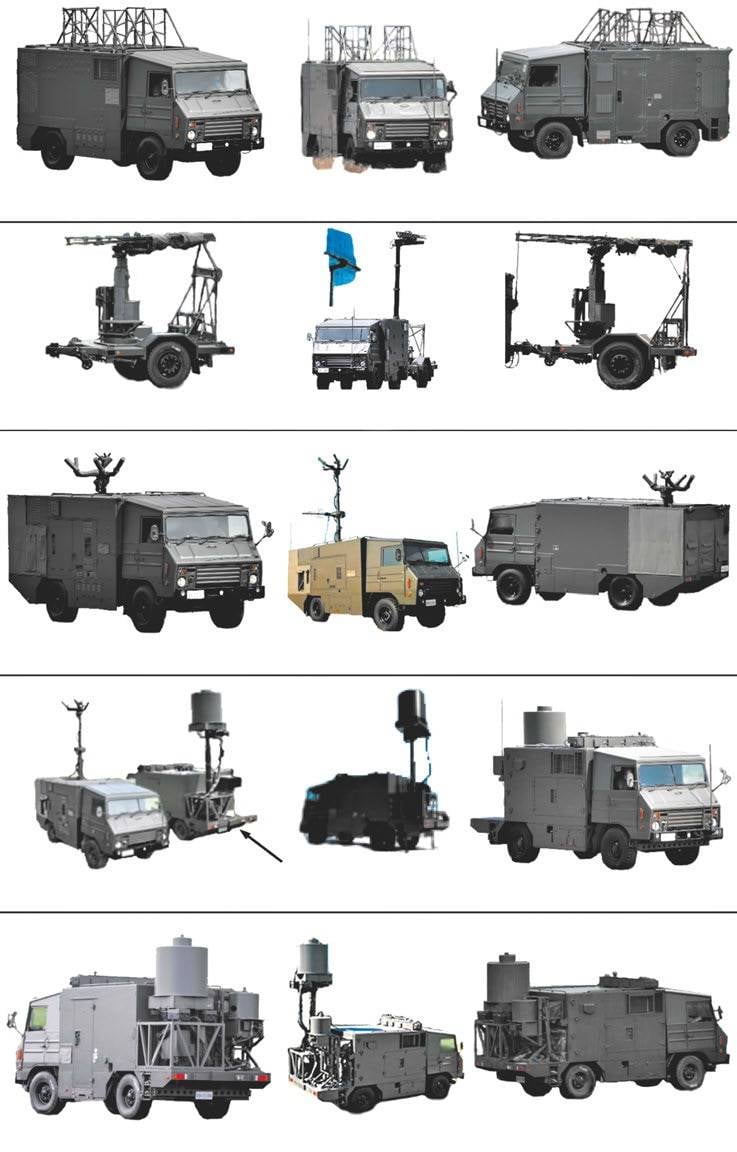 In general, for actions in the conditions of the Japanese Islands - everything is quite beautiful and logical.

Needless to say, the level of mechanization is the highest. There are no hand winches for unrolling the antennas, everything is done by electric drives. Naturally, all machines are equipped with generators for lifting the same telescopic masts and antennas. The time that you save on deploying the station returns with interest as soon as you send the first impulse to the enemy.

The "culprit" of all this, Mitsubishi Denki began supplying stations in 2017. The first set was sent to the school (very logical), where army specialists were trained on it. By the way, the kit cost $ 70 million (or 7,5 billion yen). Expensive? But on the way out there were specialists ready to work for NEWS.

Everyone knows that Japan is the leader in radio electronics. However, telephones, radio tape recorders and televisions are one thing, but electronic warfare stations are completely different. But if the Japanese continue to develop and improve the means of electronic warfare in the same way as they did with household and musical equipment, nothing good should be expected.

A good engineering school, an excellent industry, imperial revanchist ambitions in the end can give a rather explosive cocktail, in comparison with which the crush around the Kuriles will seem like really frivolous digging in the sandbox.