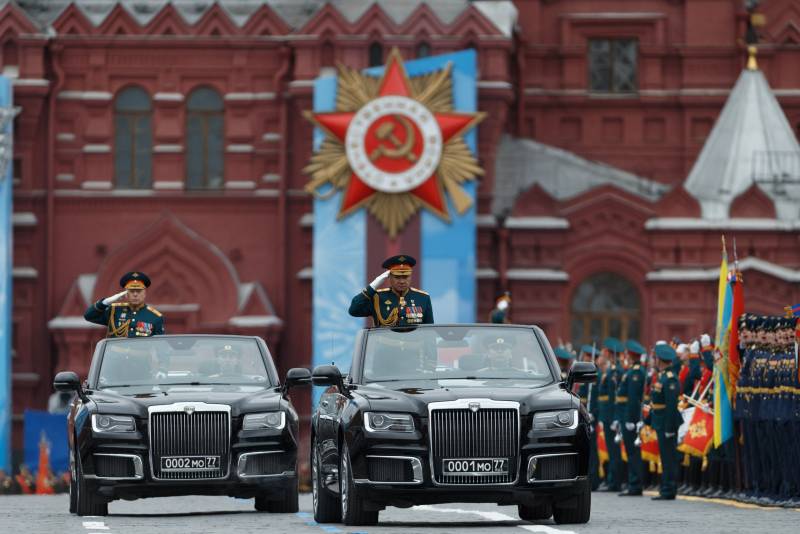 Annual military parades on Red Square in honor of Victory Day invariably attract a large audience in our country and abroad. A curious "tradition" associated with our holiday is the wave of publications in foreign media before the parade and immediately after it. Their authors try to analyze certain features of the event, look for explicit and hidden messages in the presidential speech, etc. This year's parade was no exception - and again turned out to be an occasion for the publication of opinions and assessments.

The 76th anniversary of the victory in the Great Patriotic War, despite all the known restrictions, was celebrated widely and solemnly, unlike last year. The central element of the festivities was traditionally a parade on Red Square, which brought together the best cadres of the armed forces and other structures, as well as advanced material.

President Vladimir Putin made a festive address to the parade participants and the whole country. He congratulated the audience on Victory Day and expressed gratitude to the war veterans. In his speech, the President recalled the military and labor exploits of the Soviet people, the valor of the soldiers and the inflexibility of the workers in the rear. A minute of silence was announced in memory of those killed and departed. 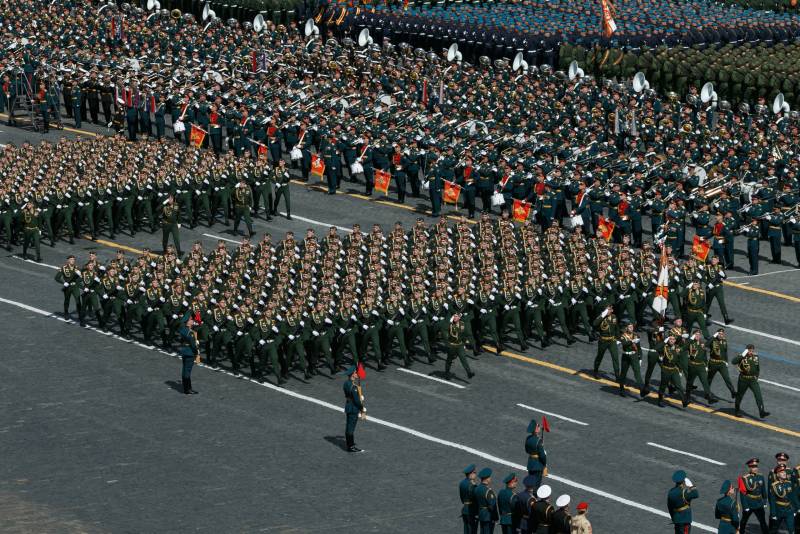 V. Putin called the day of the beginning of the war, June 22, 1941, one of the most tragic dates in our stories... The enemy tried to destroy our state and our people, but they fought back and won. Decades later, theories about the exclusivity of individual groups are being reintroduced. We have to observe the gatherings of the unbeaten punishers and their followers, attempts to justify the traitors and rewrite history.

The President outlined Russia's intention to consistently uphold international law and protect national interests. The armed forces, the heirs of the soldiers of Victory, will defend the country and the people.

As reported, this year 37 foot crews with a total of approx. 12 thousand people. They represented all types of armed forces and branches of the armed forces, military universities, paramilitary structures, etc. The mechanized column included approx. 190 units technology, historical and modern. 76 aircraft and helicopters were shown in the sky. 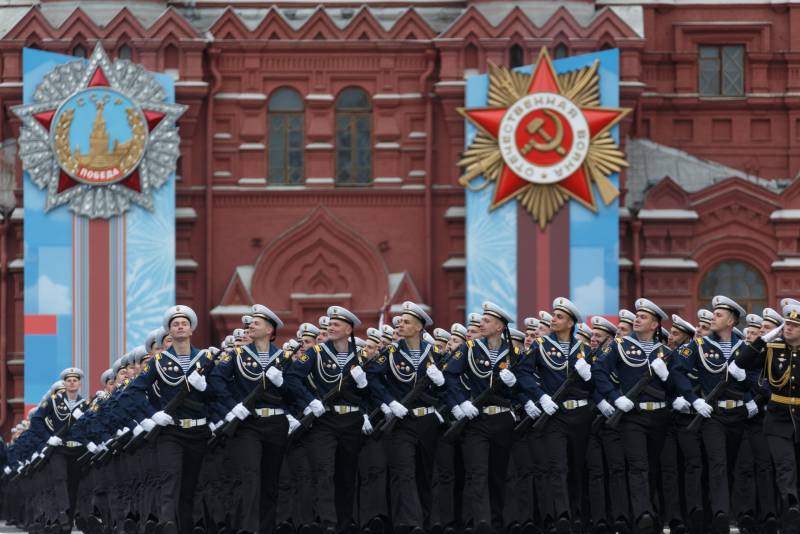 Warning to the West

Publications in foreign media about the recent parade differ markedly from each other. They have different messages and emphasis on different details. In general, the main attention is paid to the parade as a demonstration of Russia's military power and the main theses of the presidential speech. Also, they often recall the current international political background, taking into account which they try to interpret the appeal of V. Putin and even the passage of ceremonial calculations.

The Times also draws attention to the direct participants in the parade - soldiers and officers, employees of various services and the material part. At the same time, 12 thousand servicemen and 190 units. the technicians passed not just across Red Square, but "in front of Putin." 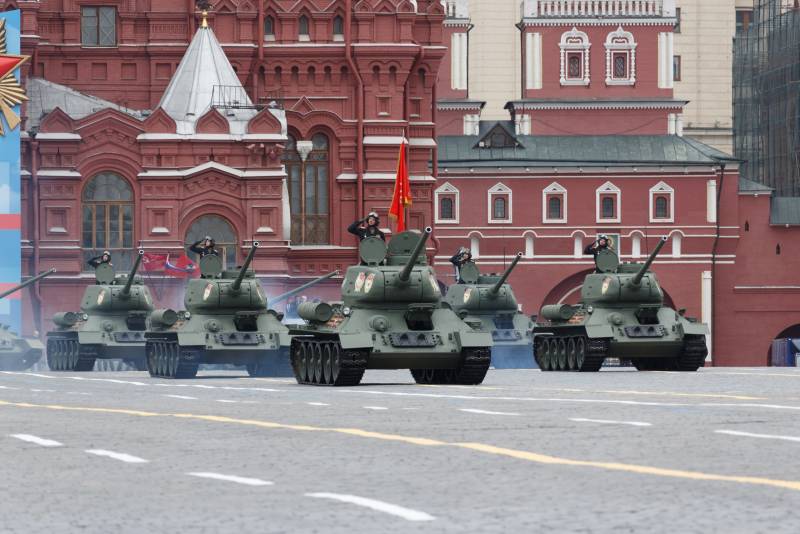 The British newspaper Daily Mail reacted in a predictable manner to the parade in the article “Showing his fire (work) power! Russia's annual Victory Day parade ends with stunning pyrotechnic display after Vladimir Putin denounced return of 'Russophobia' ". Once again, special attention is paid to the President's speech and its meanings, explicit and hidden.

The Daily Mail in its material combines the parade itself, which took place in the morning, and the evening festive fireworks in Moscow. At the same time - as expected - the reader was reminded of recent diplomatic scandals, confrontation with the European Union, sanctions, "annexation of Crimea", "war with Ukraine" and aid to Syria, etc.

On the holiday, a short report from Moscow was published by the German edition Die Welt. The headline “So demonstriert Putin Russlands militärische Stärke” (“Putin demonstrates Russian military power”) broadly reveals the main idea of ​​the material. At the same time, the parade and display of the army are called a hint for the West, because the armed forces have become the main foreign policy argument in the hands of the Russian authorities. 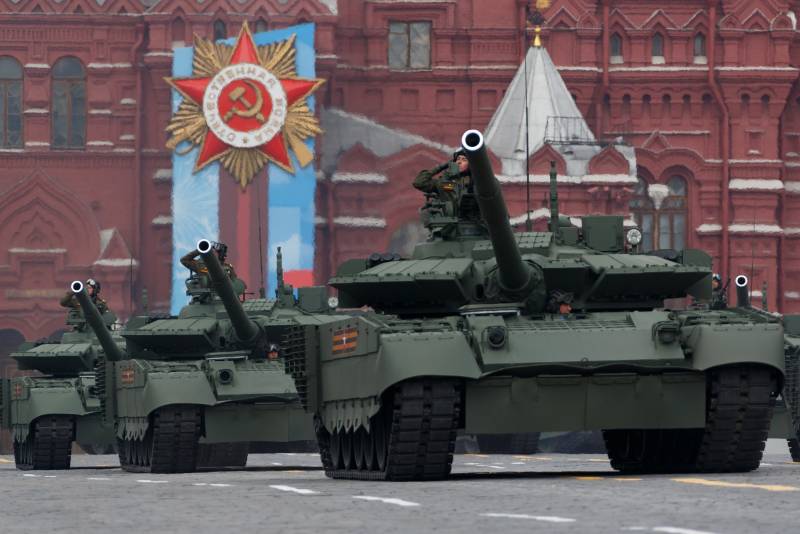 This year, the Moscow parade did without high-profile premieres in the field of weapons and military equipment. All the samples shown are already known to the public, and the bulk of the products have been involved in festive events for many years. Nevertheless, even in this case, the mechanized column and air formation attracted attention.

On the eve of the parade, in the wake of rehearsals, The National Interest in its article "Russia's Su-35S Fighter Will Soon Take Centerstage" ("Su-35S will take a special place") drew attention to some features of the air part of the parade and made an interesting forecast. The reason for the publication was the planned passage of the Tu-160 bomber, accompanied by four Su-35S fighters of the Russian Knights group.

TNI notes the importance of the Tu-160 for the Russian Aerospace Forces, but points to the significant age of this aircraft. They also recall the projects for the modernization of the bomber, one of which has already been brought to flight tests. The publication assumed that the Tu-160M ​​would not be involved in the upcoming parade, because not yet accepted for service. But already in 2023, the new Tu-160M2 will enter service. 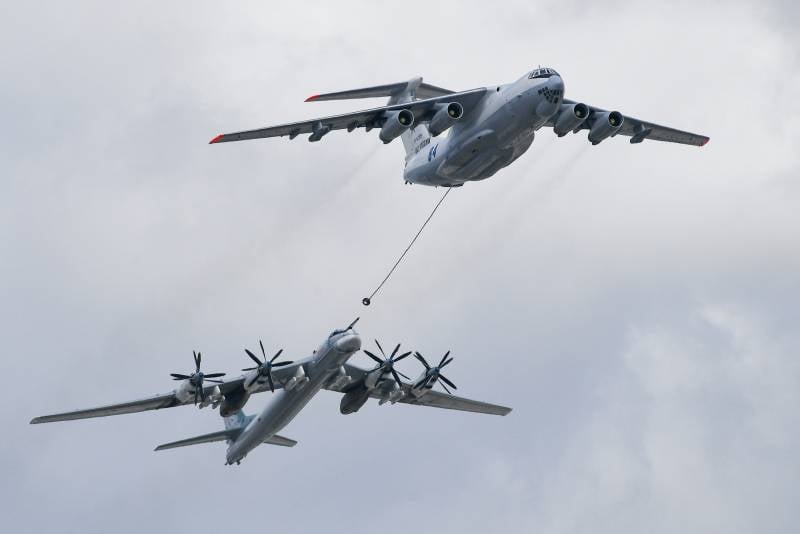 The publication asked the question: why is not the newest Tu-160 occupying an honorable place in the air formation at the parade? The likely reason for this was considered the desire of the Russian authorities to demonstrate a new weapon... It was not ruled out that the "parade" Tu-160 would fly over with the "Dagger" missile suspended. The Victory Parade would be the best occasion to demonstrate such a shock complex, the possibility of creating which has been discussed recently.

However, the TNI authors were wrong in their forecasts. Strategic bombers flew over Moscow without weapons. Products "Dagger" were indeed demonstrated, but together with standard carriers in the form of the MiG-31K.

The people are not silent

The sections of readers' comments under articles in foreign media are of some interest. Russian parades consistently attract the attention of the public with different views, which is reflected in the content of the section and sometimes leads to active discussions and disputes with the transition to insults. 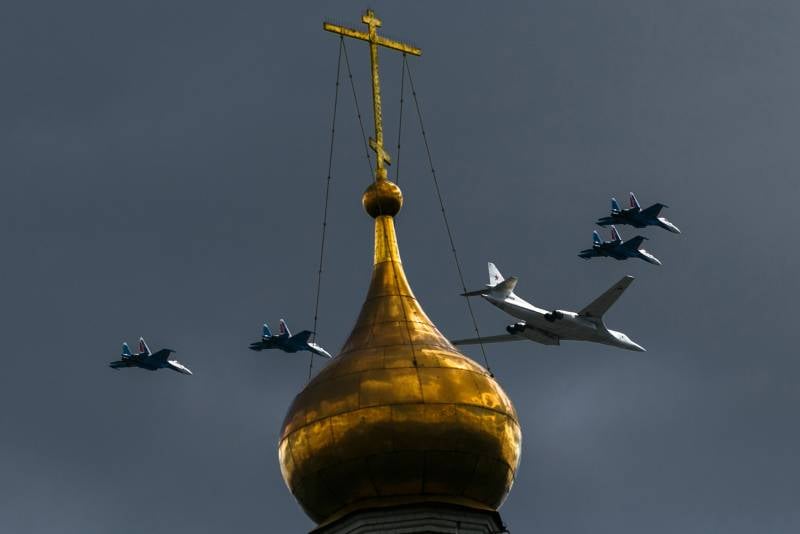 There is no consensus among the foreign public. There are comments of an approving nature, noting the aesthetic and patriotic features of the parade. Some users, not without envy, offer to hold the same events in their countries. The topic of the feat of the Soviet people and their decisive contribution to the victory over Germany is being actively discussed.

However, it is not complete without skeptical and critical reviews. Their themes are well known: militarization, Russian aggression and saber rattling. More modern topics such as bots, hackers, propaganda, etc. have not been forgotten either. Doubtful theories about the guilt of the USSR at the beginning of World War II are also remembered.

This year, a new one related to the ongoing pandemic has been added to the well-known topics of discussion. Not all foreigners are happy with the parade and festivities being held in Russia, but they have to stay in lockdown. Together with other factors, this becomes a reason for criticism of their authorities. 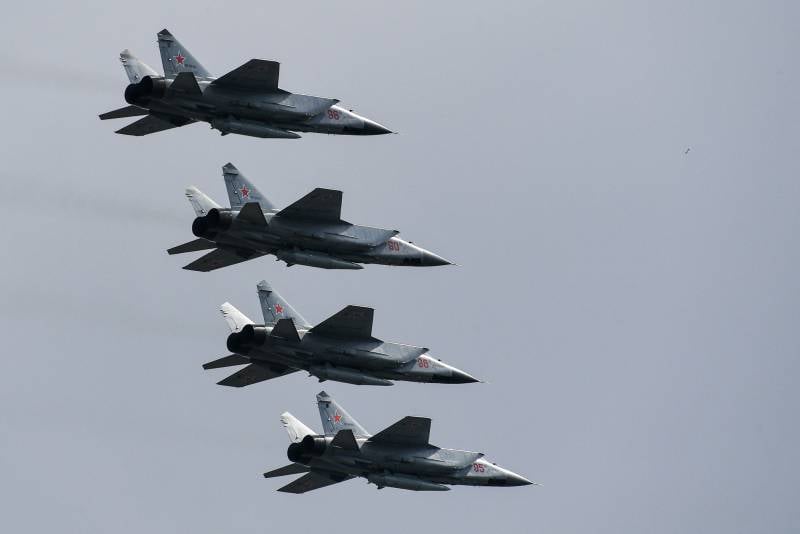 Parade as an excuse

In general, the Victory Parade on Red Square remains an important event that consistently attracts the attention of the foreign public and the press. Journalists and their audience, for one reason or another, watch broadcasts or recordings and photographs, and then express their opinion.

In these opinions, a number of basic ideas of various kinds, sometimes diametrically opposite, can be traced. At the same time, an important point can be noted: the opinion of publications and their readers about the parade directly correlates with their opinion about Russia as a whole, its politics, army and people. This leads to certain thoughts.

It is obvious that for us the Victory Parade is the central event of the main national holiday. And abroad, due to objective factors and reasons, the parade in Moscow is often viewed in a different vein - as an excuse to recall their views on military-political issues, to expose Russia of aggressive intentions, and so on and so forth. Not everyone agrees with this approach, but the “correct” assessments are still louder.

Ctrl Enter
Noticed oshЫbku Highlight text and press. Ctrl + Enter
We are
Results of the week. “And let's have a smoke! In our opinion, in Brazil! ”Situational analysis of the death of the MH17 flight (Malaysian Boeing 777), made on the basis of engineering analysis from 15.08.2014
Military Reviewin Yandex News
Military Reviewin Google News
38 comments
Information
Dear reader, to leave comments on the publication, you must sign in.