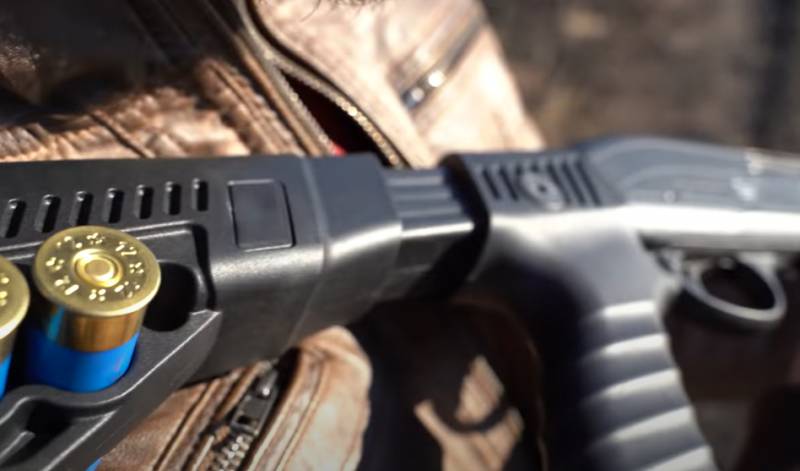 Some details of today's tragedy in Kazan are becoming known. Let us remind you that the Kazan gymnasium No. 175 was attacked. Shooting was opened in the school building, an explosion thundered. Information on the number of victims of the terrorist attack changed literally every 5-10 minutes.

At the moment, it is known that there were several attackers. One of them was detained by riot policemen in the school building, where he, presumably, opened fire. His name and age are revealed. This is 19-year-old Ilnaz Galyaviev. The reports say that this person is a graduate of the 175th gymnasium in Kazan. At the end of April, he was expelled from the local college at the University of Management - and from the 4th year. Classmates said that for a long time he studied well, but suddenly stopped attending classes. According to other sources, Galyaviev was a 2nd year student.

Data is presented that Galyaviev has recently been active on his Telegram channel, where he declared his readiness to "kill a lot of biomass, since this is a mistake of the Universe." At the same time, the terrorist compared himself to God, declaring that he wants "recognition from those around him as slaves."

It is noteworthy that the attacker published this post about a little over an hour before the shooting at the school.

It is reported that the Kazan police have also detained the alleged accomplice of the terrorist attack on the Kazan school. It is a certain Ramil M. born in 1980.

Another participant in the attack on an educational institution, according to some information, was eliminated by the soldiers of the special forces unit.

However, other data is published on the network. On their basis, the attacker was alone, acting without accomplices.

According to the official data of the Ministry of Health of the Republic of Tatarstan, 8 people, including the teacher, were killed in the attack on the gymnasium. The reports say that all the victims are 8th grade students. At least 20 people were injured. Among the injured and killed there are students who jumped out of the school windows.

Six children are currently in serious condition at the Children's Republican Clinical Hospital of Tatarstan.

The head of Tatarstan at the scene:

An emergency meeting of the republican anti-terrorist commission is being held today in connection with the emergency in Kazan. May 12 is declared a day of mourning in the republic.

The footage from the school, which appeared on the network after the tragedy, suggests that the explosion knocked out the doors in several offices at once. Debris of wood, plastic and plaster were everywhere.

Footage of the alleged offender detained:

In connection with the attack on the school, the President of Russia was instructed to tighten the legislation related to the turnover weapons.

According to media reports, the attackers used Turkish-made Hatsan ESCORT pump-action shotguns. Such weapons in our country can be purchased for about 25-30 thousand rubles. According to some reports, a similar weapon was used at one time by Roslyakov, who at one time staged a massacre in Kerch College.
Ctrl Enter
Noticed oshЫbku Highlight text and press. Ctrl + Enter
We are
Reports from the militia of New Russia for 27-28 September 2014 of the yearInterview of Vladimir Putin with Radio Europe-1 and TF1
Military Reviewin Yandex News
Military Reviewin Google News
390 comments
Ad