Hurray for those who passed Kazan 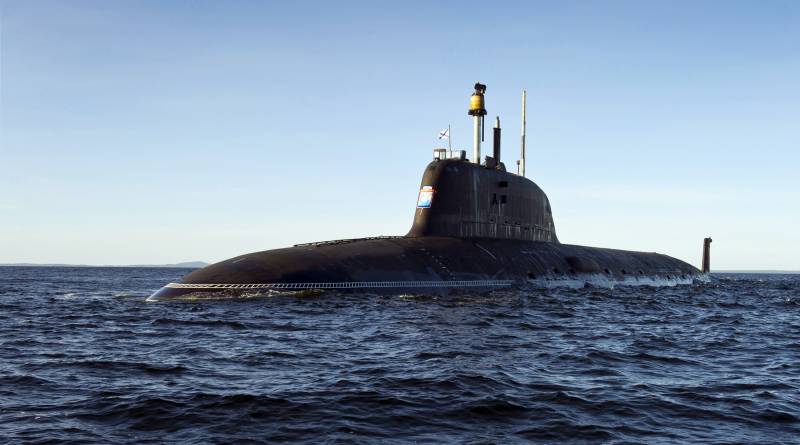 
Many media outlets, many experts and specialists have already expressed their opinion on this topic. Statements are different, from very noisy, with all these "unparalleled ..." to restrained doubters. We will take a place in the middle, because despite the veil of secrecy, I want to understand how significant this event is and a serious help to the fleet. But the main thing is what prospects are opening up for us in the future.

Submarines (I really hope that we will talk about them in the plural) are called by many as the future of the Russian submarine fleet. With the acceptance of Kazan, the future is gradually becoming the present.

In general, the prevailing diversity of our submarines is a little depressing. Projects 941, 667BDRM, 955, 885, 949, 945, 671, 971 are too much. The unitarity of the American submarine forces, operating mainly with two types of boats (Los Angeles and Virginia), is worthy of emulation.

Actually, we are no worse in this regard, and sooner or later we will put the submarine fleet in order. Naturally, I would like to do it early. And, given that we can build nuclear submarines, this should not be a problem, unless the adherents of the aircraft carrier sect get in the way.

And here everything is simple. Even for metal, how much steel can be spent on one flat-deck trough is probably enough for three or even four missile submarine cruisers, which can become a real shield of the country, and not a consumer of budget money.

By the way, the idea is not mine, I took it from Kyle Mizokami from National Interest. The Americans also seriously think that submarines are cheaper and more efficient than floating hangars with aircraft. But their keyword is "cheaper."

For us, the speed with which we can build new ships is more important.

Everything turned out to be not so simple with Kazan. The delivery of the ship was delayed, and they delayed great. And although now it makes no difference, in general, why this happened, I think the reason lies a little differently in the reasons that were voiced by the "experts".

Kazan is still very different from the first boat, Severodvinsk. So the ships seem to be similar, "Kazan" is a little shorter (9 meters), but it takes more missiles. Placing additional silos is not easy. And "Severodvinsk" takes 40 "Caliber" or 32 "Onyx". "Kazan" - 50 "Caliber" or 40 "Onyx".

This means that space was freed up precisely due to the greater automation of all processes. Plus, there was information that the "Boreyevsky" hydroacoustic complex MGK-600B "Irtysh-Amphora-B-055" was installed on "Kazan". Almost fully automated hydroacoustic complex with a range of more than 300 km.

Kazan entered trials a very long time ago, in 2018, and repeatedly went to the plant. Something was being completed and altered there. The leadership of the fleet and the Ministry of Defense got off with indistinct releases on the topic that "the shortcomings in the work of the auxiliary system are being eliminated." In the press, as expected, a howl was raised about the fact that "we cannot build a submarine either."

However, here it is still worthwhile to understand that the release "for everyone" is one thing, and the revision of a fundamentally new weapon, for example, which could well turn out to be the Zircon missiles, is another. And here a slightly different approach is needed. But "Zircon" behaved quite normally during tests on "Severodvinsk", so, perhaps, there is something completely new. There is a possibility that the "Caliber-M", which, as they say, will be thicker than its predecessor, and therefore some difficulties may be associated with it.

In addition, we generally have a lot of things that can be loaded into the launch silo. So criticism, of course, is a good thing, but only when it is justified.

By the way, about criticism. For some reason, no one is foaming at the mouth of the new generation American aircraft carrier Gerald Ford. He seems to have been in the fleet since 2017, but not brought to mind. There is no air group, electromagnetic catapults fail, electric lifts are failing, in general - a standard set of "childhood" illnesses. And no one really knows how long the Americans will finish finishing the Ford. For a very complex mechanism.

The submarine is also not a simple ship. Moreover - stuffed with new products. At Kazan we have a new reactor, which is more compact and quieter. Another novelty is the pop-up escape pod for the entire crew. Able to lift people from depths, "to the extreme."

But in our case, it's not even a matter of the number of new products. It is clear that in quality. I repeat that it is a matter of quality and quantity.

Let's take a look (though it will be sad) at the composition of our submarine forces. It is clear that we will talk about our two fleets, where nuclear submarines are available.

In general, I somehow do not want to compare with the US Navy. 12 strategic cruisers and 26 nuclear submarines with or without cruise missiles.

The United States has at the disposal of the fleet exactly 70 nuclear submarines of various purposes and freshness.

"Seawulfs" and "Virginias" are, I note, the fourth generation. 20 nuclear submarines, even if three of them are not very good, the Seawolf program is closed, but twenty boats are twenty boats.

And here we have the most important point of the whole study. The most valuable thing in this situation is not even how perfect Kazan is in terms of new products. Most importantly, mass production of boats is possible and possible today.

"Novosibirsk" is undergoing mooring tests. "Krasnoyarsk" is preparing to launch. Arkhangelsk, Perm, Voronezh, Vladivostok, Ulyanovsk are under construction. The completion line for the last (hopefully at least) boat is 2028. That is, in 7 years we will have 8 more nuclear submarines of the fourth generation.

This is not comparable to the American Navy, but in principle it is enough to keep potential people in suspense and understanding of inevitability. It is clear in what situation.

If a salvo of 10 strategic cruisers is needed to wipe a country off the face of the earth, then you shouldn't keep a fleet of 70. 20 is enough, with a margin. But on alert, with trained crews, and so on.

We really need an underwater sword to become a shield.

It is a nuclear submarine, invulnerable at great depths, poorly detectable, with modern weapons on board in the silos - that's the real tomorrow. Whatever the fans of budget-eating ships with hangars are trying to prove. For even three aircraft carriers will not be able to do anything special on the scale of the war of tomorrow.

And what can a salvo of an atomic submarine strategic cruiser do? 16 missiles with 10 warheads, 100-150 kilotons each?

The "fat man" that wiped out Nagasaki was 21 kilotons. Here you can understand what kind of things to do. One vile in its inevitability in a volley, even emerging, even from under the water.

So, while our factories are working on the construction of the rest of the ships of the series, they will work on the Kazan, correcting all the shortcomings and shortcomings that arise. And that's okay. This is not a Chinese diesel engine produced by cutting the ship's hull lengthwise. This is a normal job.

But when they finish with Kazan, it will be easier with the rest.

A start, one might say, has been made. The surrender of "Kazan". Yes, it sounds ambiguous, but this is exactly the case when handing over Kazan is about the same in terms of efficiency as taking Kazan. And here you just need to pass all the other cities of the series as quickly as possible.