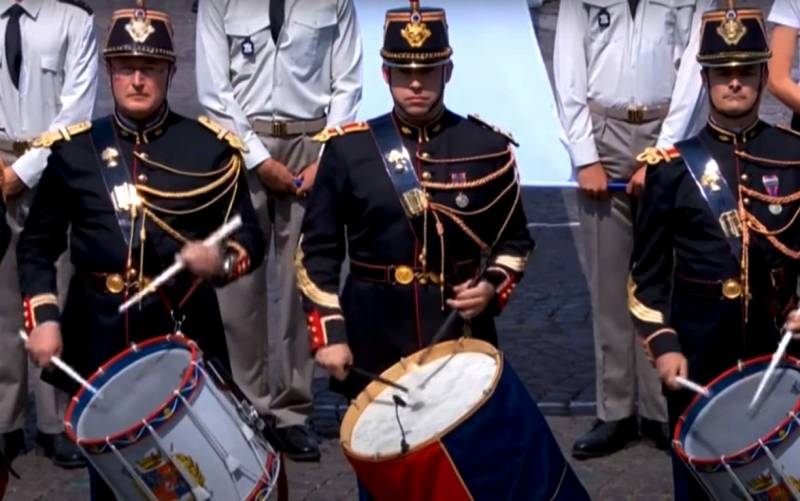 The first letter from the French military criticizing the current socio-political situation in the country appeared at the end of April. The generals and retired officers who signed it claim that France is in great danger due to Islamization and gangs of migrants in dormitory areas.


On May 9, 2021, a second letter appeared, this time anonymous. It was published Sunday night on the website of the right-wing conservative magazine Valeurs Actuelles. On May 10, almost 150 thousand people managed to sign it, although the letter itself was anonymous - its authors claim to be active servicemen of the French army in different ranks.

"War awaits France": what the French officers wrote about

The French military argue that the country is on the verge of a civil war and the reason for this is the migration situation. In France, whole enclaves appeared, inhabited by immigrants from Africa and the Middle East, for whom French culture and история - only objects of hatred and ridicule. At the same time, migrants who are not going to integrate into French society do not want to leave it either - they feel comfortable here, but they despise and hate the French, like other Europeans.

How not to recall the already rather long tragic story of the voluntary departure from life of the writer and historian Dominic Wenner. Exactly 8 years ago, on May 21, 2013, 78-year-old Dominic Wenner shot himself in Notre Dame Cathedral. But the death of Wenner, a philosopher, historian, and writer, did not provoke a particularly violent reaction at that time: after all, an elderly man, a representative of the bohemian world, a convinced "new right", what else could be expected of him? Eight years later, France received a letter from the military. And here the authorities were already much more frightened than after Wenner's lone shot.

Disciplinary punishment cannot be worse than the "death of the Republic"

The Ministry of Defense started talking about disciplinary punishment for the retirees who signed the letter. Although, can there be any more severe punishment for a person who has served France all his life than watching the destruction of his country, the very “self-destruction of Europe” that Wenner spoke about?

French Prime Minister Jean Casteks called the letter of the military an attempt on the foundations of the French Republic. Note that it is not drug dealers and street robbers, not terrorists and extremists who have settled in the suburbs of French cities, who encroach on the foundations of the republic, but only the military, worried about the future of their own country! The chief of staff of the French Armed Forces, General François Lecuentre, stressed that if one of the signatories is in active military service, he can be removed from office and even fired.

They threaten punishment even for those military men who have long resigned. So, in the military department they are talking about the possible deprivation of the ranks of generals who signed the first letter. It turns out that a person who has given 30-40 years of service in the armed forces, who has demonstrated his success in his chosen field (otherwise how would he have risen to the rank of general), may be stripped of his rank not for high treason, not for committing a cruel crime, but for stating his own positions on the fate of the French state. 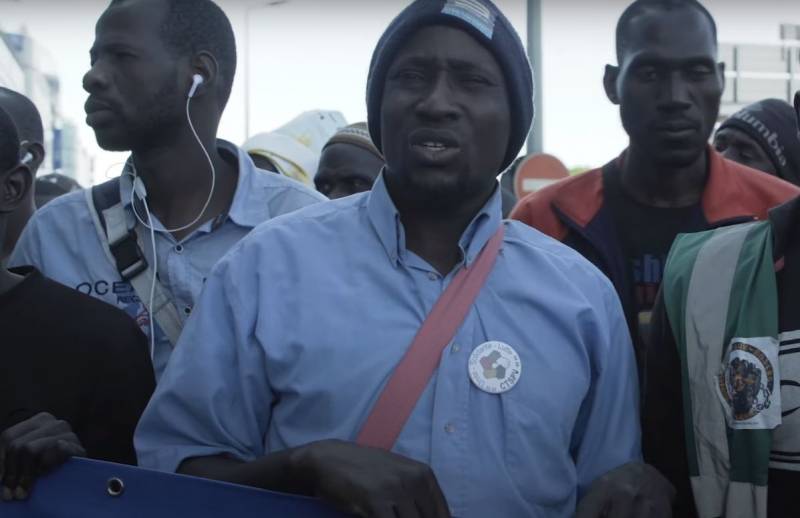 However, the current government can be understood: the letter from the military met with warm support from Marine Le Pen, the main rival of President Emmanuel Macron. Although Macron himself cannot ignore the "amendment" of French society. Whatever his own views on the migration situation, he must satisfy the aspirations of the electorate. And the ethnic crime of migrant enclaves or terrorism threaten all Frenchmen and Europeans in general, without exception, regardless of whether they adhere to right or left convictions, whether they are going to vote for Le Pen or Macron.

Not so long ago, France passed a law on secular principles, prohibiting the wearing of religious clothes by civil servants, transport workers, proposing not to allow persons convicted of polygamy to enter France, and so on. Turkish President Recep Erdogan called Macron's bill "mentally ill" for this bill, ignoring the fact that most migrants from Asian and African countries could easily not come to France and live in their native societies according to their religious and national traditions.

The letter from the military could force the French authorities to continue the "shift to the right." Although several retired officers may be indicatively punished, the authorities will draw certain conclusions from this letter. After all, the migration situation in the country has really become a real problem. The level of ethnic crime is on the rise, and young people from the enclaves do not associate themselves with the French state. And the reasons for this are not only in the ideological influence of radicals, but also in the presence of fertile social and economic soil.

"Two Societies": how and why France split

As evidenced by numerous scientific studies by French and foreign sociologists, one of the reasons for the radicalization of young people of Arab and African descent is their social deprivation. There is no job, no decent living conditions, there is hopelessness ahead: these people did not become “their own” in France, although many were already born in this country and can safely consider it their homeland. 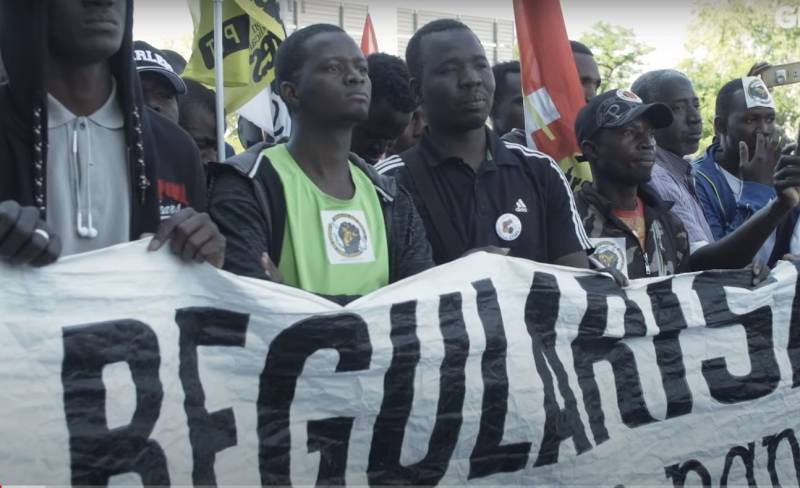 The "historical homeland" - Somalia, Afghanistan or Morocco - these guys could never have visited. They have claims not to Mogadishu or Kabul, but to Paris. This circumstance complicates the situation at times: it is one thing to pass tough laws against illegal immigration and even not to let migrants in at all, and quite another to restrict French citizens born in France in their rights.

In fact, now in France, a socio-cultural environment separate from the French society proper has formed, consisting of millions of migrants and their descendants. Islamism is becoming the religious and political ideology of this environment, since only it can rally the heterogeneous diasporas living in the sleeping areas and suburbs of French cities.

One can understand the desire of Muslims to preserve their culture and identity. But the French state cannot meet them halfway and leave aside secular principles. As a result, the current government finds itself between two fires: on the one hand, the right wing, whose popularity among the French population is growing, and on the other hand, the increasingly numerous Muslim communities. At the same time, it is worth recalling the words of Jacques Chirac that France can no longer provide foreign migrants with a sufficient amount of work. Newcomers join the ranks of the urban lumpenized strata, do not work, make odd jobs, live on benefits, or are completely involved in crime.

The population explosion in the Sahel, meanwhile, leaves no doubt that immigration to France will continue. And it’s not the Algerians of the mid-twentieth century who grew up in the French colony and seek to find work in French enterprises, but African youth who are not going to integrate into French society and, in general, have a poor idea of ​​their own future, will go there. By the way, the highest birth rate in the world is in the former colonies of France in the Sahel: Niger, Mali, Chad, Burkina Faso. Young people from these countries have strived and will strive to get to France.

That is, it will not be possible to stop the processes that threaten French society and its ethnic and religious identity without changing the migration policy and without its radical tightening. So, Paris would not have to punish its generals and colonels, but listen to their opinion.