Modern British tank building has few reasons to be proud. Especially if we compare the situation with what we see on the example of other leading European countries. The pinnacle of the tank building industry in Foggy Albion was the Challenger 2, based on the Challenger developed in the 2s. "Challenger 80" was actively used in Kosovo and Iraq, but on the whole the machine can hardly be called successful: at least from the point of view of mass scale. Except Britain, танк ordered only Oman: 18 units in 1993 and another 20 in 1997. The total number of Challengers 2 built is just over 400 tanks.

For comparison, the extremely expensive and technically complex French Leclerc was built in a series of more than 870 cars. And the famous German Leopard 2 was produced in the amount of 3600 units. In May 2009, BAE Systems announced that it was closing production of the Challenger 2 due to a lack of orders. And last year, Western media wrote that the British military were discussing the possibility of abandoning tanks in order to focus on the latest weapons. By that time, the UK had 220 Challenger 2 main battle tanks. 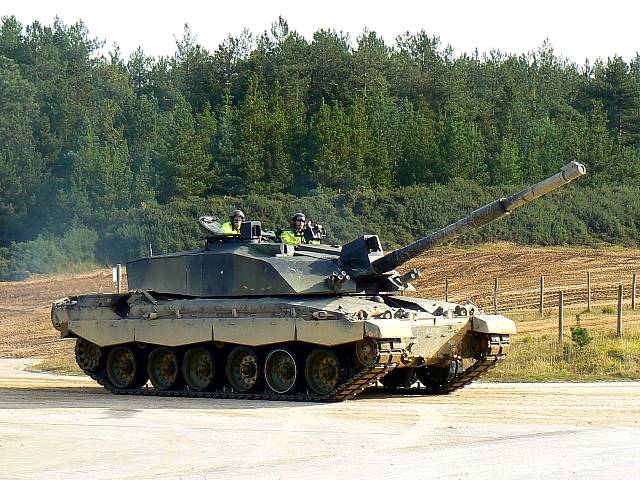 All this happened against the background of a reduction in the number of military personnel in the ground forces: from more than 100 thousand at the beginning of the decade to 80 thousand in 2020. This was an obvious consequence of the UK's exit from the EU, as well as the epidemic that hit the British budget.

The situation could not but cause concern among military experts. Moreover, Great Britain is at the forefront of European countries that traditionally view Russia as a potential threat.

There is one - the main - moment that influenced everyone. By showing the world a new T-14 based on the "Armata", Russia has clearly shown that it is too early to give up tanks. The Europeans picked up the baton. In 2019, the German army received the first Leopard 2A7V tank - the most advanced representative of its family. Not so long ago, Germany and France signed an agreement to create a fundamentally new Main Ground Combat System (MGCS) tank. Which, among other things, should receive a completely new weapon: perhaps a promising 140-mm cannon from Nexter, and possibly a 130-mm gun from the German Rheinmetall. Both guns are currently under active development. Moreover, Nexter says that their brainchild will be "70 percent more effective" than the existing 120-mm NATO tank guns.

As it became known recently, Great Britain may join the German-French project Main Ground Combat System, but at the first stage London will be limited to observer status. There are two important points here. First, it is not known whether Europe really wants to see a "renegade" or is it just a diplomatic maneuver. Secondly, a new generation tank will appear (if) at best in the mid-30s.

Apparently, the British decided that they could not afford to have outdated armored vehicles, despite the fact that they frankly did not have enough money. After much deliberation, the country's authorities decided to modernize their MBT. In total, as it became known, under the new program, it was decided to upgrade almost 3 vehicles to the level of Challenger 150.

The works will be carried out in the British cities of Telford, Washington and Bristol. The program will begin this year. The vehicle will have to enter service in 2027, and in 2030 it is expected to reach the stage of full combat readiness.

Instead of the British-designed 120mm L30 cannon, the new version of the tank will receive the Rheinmetall L120A55 1mm smoothbore cannon. The ammunition will include a programmable high-explosive fragmentation round DM11.

Photo: UK Department of Defense
They want to improve the capabilities of the machine thanks to digital architecture. Challenger 3 will boast two thermal imaging sights: for the commander and gunner, an automatic target tracking device and a thermal imaging observation device for the driver. They want to increase the level of protection of the tank, including through the installation of the so-called active protection complex (KAZ): its installation can be carried out under a separate contract. Instead of the 1200 horsepower Perkins diesel engine, the German MTU 1500 horsepower is to be installed.

Experts assess the new version of modernization as "radical". The bmpd blog recalls that earlier the British were considering the option of a limited modernization under the Challenger 2 Life Extension Project (LEP). It involved improving the electronics of the tank without changing weapons: in 2019, the program was sent for revision.

Foggy Albion officials are generous with praise for the Challenger 3.

“Because of this, it is better than what the Russians have now. Because of this gun. "
- said British Defense Secretary Ben Wallace. 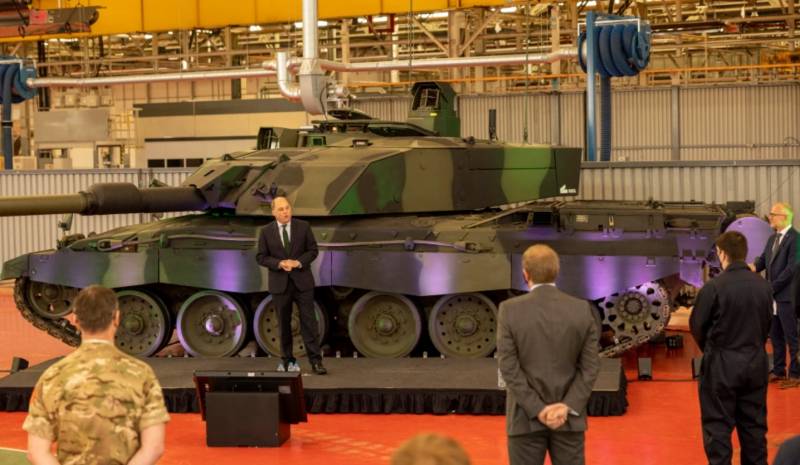 Photo: the-sun.com
This seems like an exaggeration: it is wrong to compare what the enemy has now with what you will have tomorrow. Especially if in the future he receives a completely new tank (T-14 based on the "Armata"), and Britain will remain with the old machine, albeit one that has undergone modernization. It is also noteworthy that the improvement was largely made possible due to the reduction of the fleet. In the future, the British will write off 77 Challenger 2s, leaving only the upgraded vehicles. That is, only 148 units.

With all the seriousness of modernization, the country will significantly reduce its tank fleet. And will Challenger 3 be able to compensate for this reduction? The question is rather rhetorical.

In general, the British are doing what they can in the current realities. Obviously, Great Britain will not be able to afford independent development of a new generation tank, as we see in the example of France and Germany. It is expensive and fraught with serious risks.

It is also impossible to completely abandon Challenger 2: it is one of the national symbols. And besides, it is an irreplaceable assistant on the battlefield (the British have no other tanks). So, perhaps, this is not the last version of the Challenger modernization.