Do the missile defense systems of the Baltic Fleet fend off a strike from the Polish NSM BKRK? Deployment Doomed to Fiasco 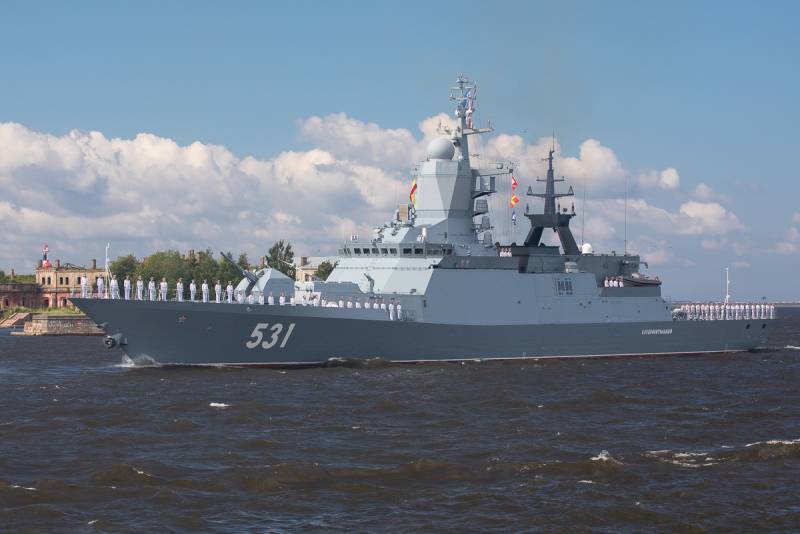 As it became known a few days earlier, information about the deployment of the 3rd flotilla ships and the 8th coastal defense flotilla of the Polish Navy of additional anti-ship battalions of promising coastal anti-ship missile systems (BKRK) NSM ("Naval Strike Missile") on the Baltic Sea coast was the reason for the stormy information and mass media activities of a number of Russophobic bloggers and military observers from the "Independent" , who launched into all the heavy pompous praise of the above decision of the command of the Polish Navy, which is supposedly capable of completely shifting the balance of forces in the Baltic conventional theater of operations in favor of the United Armed Forces of NATO.

Thus, according to Ivan Kirichevsky, a permanent observer of the Ukrainian military-analytical portal “Defense Express”, the involvement of several divisions of promising Norwegian NSM anti-ship missiles in the formation of the coastal anti-ship “barrier” of the Polish Navy will exclude the possibility of a successful landing operation by the Baltic Fleet of the Russian Navy by the forces of two high-speed landing ships on air cushion project 12322 "Zubr", 6 landing boats of projects 1176 "Akula" and 11770 "Serna", as well as three landing boats of project 21820 "Dugong" in the event of an escalation scenario at the Baltic conventional theater of operations.

The following question arises: what weighty justifications of a tactical-technical and operational-tactical nature were guided by Kirichevsky in the course of working out such a bold statement?

Undoubtedly, even having two coastal anti-ship battalions / four batteries of the NSM anti-ship missile system (consisting of 12 quadruple mobile launchers equipped with 48 NSM anti-ship missiles), deployed in the vicinity of the settlement. Semirovitsy, the coastal defense units of the Polish Navy really pose a certain threat to the very small number of ship orders of the amphibious assault group of the Baltic Fleet of the Russian Navy.

Despite the subsonic maximum flight speed of about 970-1050 km / h (0,9-0,95 M) and relatively low maneuverability (in comparison with Russian and Chinese supersonic anti-ship missiles), the promising anti-ship brainchild of the Norwegian Kongsberg Defense & Aerospace can boast an extremely small effective reflective surface of the order of 0,05–0,07 sq. m when irradiated into the front hemisphere in the range of angles ± 10-15 degrees from the longitudinal axis of the product.

Such a radar signature was achieved due, firstly, to the widespread use of composite materials and radio-absorbing coatings in the NSM airframe design, and, secondly, to the absence of right angles and radio-contrast influxes and other structural elements that contrast in the S- and X-bands outside the airframe. decimeter and centimeter waves, thirdly, the presence of medium / long-wave infrared seeker type IIR / I3R ("Imaging Infrared / Intelligent Imaging IR Seeker"), which, unlike slot antenna arrays of active radar seeker, does not have high radio contrast and does not increases the RCS of the rocket.

The shipborne anti-aircraft / anti-missile "umbrella" of the above amphibious amphibious grouping of the BF is represented by four 30-mm AK-630M anti-aircraft artillery systems and 30 Igla-S / Verba MANPADS, the first of which are deployed on large amphibious assault ships, project 12322 "Zubr", the second - both on "Zubrs" and on landing boats of project 21820 "Dugong".

In a duel situation, neither the target channel nor the reaction time of the data of the simplest shipborne air defense-missile defense systems will be enough to confidently repel the "star raid" of the "Naval Strike Missile" anti-ship missiles with the interception of all anti-ship missiles without exception.

So, even in normal meteorological conditions, two shipborne artillery fire control systems MR-123-01 (included in the architecture of the SUV of the MDK-50 "Evgeny Kocheshkov" and MDK-94 "Mordovia" ships), using optoelectronic TV / IR channels , although they will be able to track the silhouettes of gliders and infrared radiation from the jet torches of the TRI turbojet engine 40 NSM missiles at a distance of about 12-15 km with further escorting, transmit precise target designation (with spatial azimuth and elevation coordinates of the approaching NSM) to the calculations on board the ships of the constellation Igla-S / Verba MANPADS are unlikely to be able to.

Since for the implementation of this solution, a radio station for exchanging information about tactical air situation must be integrated into the radio-electronic architecture of the MR-123-01 complex, using frequency channels and protocols corresponding to the Ranzhir-M UBKP for issuing target designations to SOSN 9S935 Barnaul terminals, attached to operators of Igla-S / Verba MANPADS.

At the moment, absolutely nothing is known about any work on the hardware and software aggregation of the MR-123-01 complexes and the SOSN 9S935 "Barnaul" terminals into a single naval network-centric air defense-missile defense network.

Consequently, the MR-123-01 radar-optical-electronic artillery fire control systems will be able to control only the fire of four single-channel AK-630M ZAK, while the combat crews of Igla-S / Verba MANPADS will have to rely either on visual observations using thermal imaging sights 1PN97M "Mowgli-2M", or on information received from small-sized mobile radar detectors 1L122 "Garmon", which, firstly, will be able to detect a "outfit" of subtle NSM at a distance of no more than 10-12 km, and secondly, can demonstrate a much less high efficiency of the transmitting and receiving paths in the conditions of pitching, side, vertical, longitudinal and transverse qualities observed on amphibious assault ships.

Therefore, there is no need to talk about the short reaction time of Igla-S / Verba MANPADS in the case of an amphibious assault ship against NSM anti-ship missiles, and the effectiveness of repelling a massive anti-ship strike will be very low.

Meanwhile, this scenario, superficially exaggerated in the head of the Ukrainian "expert" Kirichevsky, is relevant only in relation to the duel situation and has absolutely nothing to do with the real operational-tactical alignment in the Baltic theater of operations.

In particular, it is worth reminding the Ukrainian would-be expert that an anti-missile "barrier" over our amphibious amphibious assault-assault group that has moved into the southern part of the Baltic Sea will be formed not only by Igla-S and Verba MANPADS, but also by advanced shipborne air defense systems. Redoubt ", which have highly maneuverable 9M100 missiles (" chilled "modification of 9M331 missiles of the" Tor-M2U "family complexes) and super-maneuverable medium / long-range missiles 9M96E / DM, placed on corvettes of project 20380.

These SAMs will be able to intercept a "squad" of several dozen NSM anti-ship missiles both at a distance of 10-12 km (as applied to the 9M100) and behind the "screen" of the radio horizon (just a few seconds after the NSM ground launchers leave the TPK) with the use of the 9M96E SAM / DM, which will be achieved by equipping the latter with active radar seeker of the "Slate" family.

The target designation of the ARGSN "Slate" in this case will be issued either by radar systems of the A-50U / A-100 AWACS aircraft, or by the N035 Irbis-E and Zaslon-AM airborne radars of the Su-35S fighters and MiG-31BM interceptors.

Moreover, 4 S-300V4 anti-aircraft missile batteries, which are on combat duty as part of the 44th Air Defense Division of the Baltic Fleet of the Russian Navy, stationed in the Kaliningrad region, are capable of making their significant contribution to stopping an anti-ship strike by NSM missiles of the Polish Navy.

The advanced 300M4MV ultra-long-range hypersonic missiles included in the S-9V82 ammunition also have ARGSN, thanks to which they are able to intercept Norwegian NSM anti-ship missiles far beyond the radio horizon for target designation of air radar / optical-electronic reconnaissance means.

And this is not to mention the delivery of preemptive high-precision strikes against the positions of the Naval Strike Missile with 9M723-1 Iskander-M operational-tactical ballistic missiles, which Ukrainian pseudo-expert circles do not like to mention.