Of course, six were destroyed in more than one blow, but if we talk about the time frame, then six submarines in less than two weeks is quite a masterpiece. Moreover, the hero of our today's story is a ship, in general, and not very serious.


Our hero today is a modest Buckley-class destroyer of the US Navy.

Bore the number DE-635 and the name "England", in honor of Ensign (Warrant Officer) John England, radio operator of the battleship "Oklahoma", who died on December 7, 1941 in Pearl Harbor. John England rescued three sailors from a sinking ship and died while trying to rescue a fourth.

So, the EME is the Buckley type. 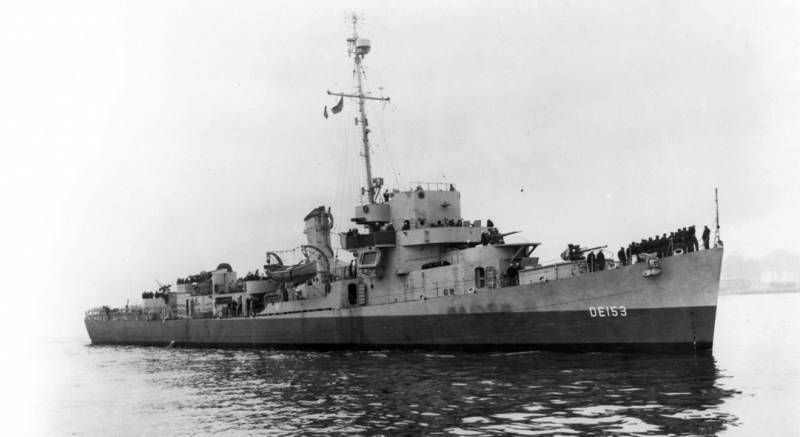 Displacement 1422 tons. Less than that of standard destroyers of that time, such as Italian, Soviet, British, compared to German and generally dwarf.

Power plant - two boilers with turboelectric units from General Electric with a capacity of 12 hp. With them, the ship could reach a maximum speed of 000 knots and go 23 miles at an economical speed of 4300 knots. 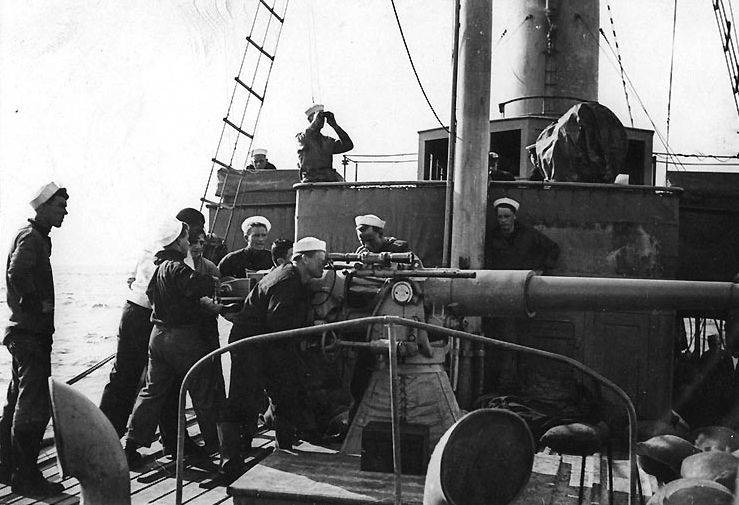 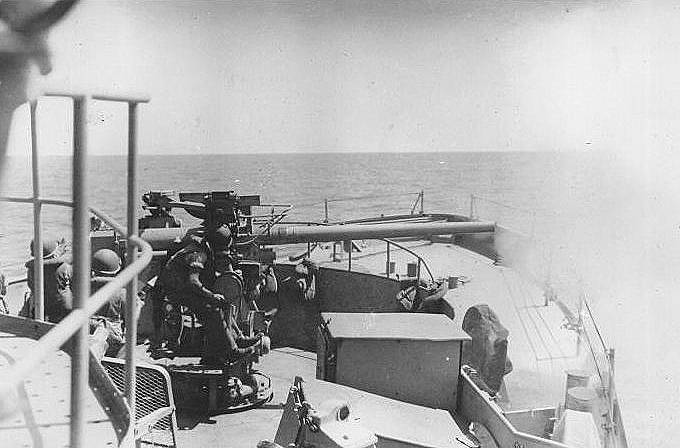 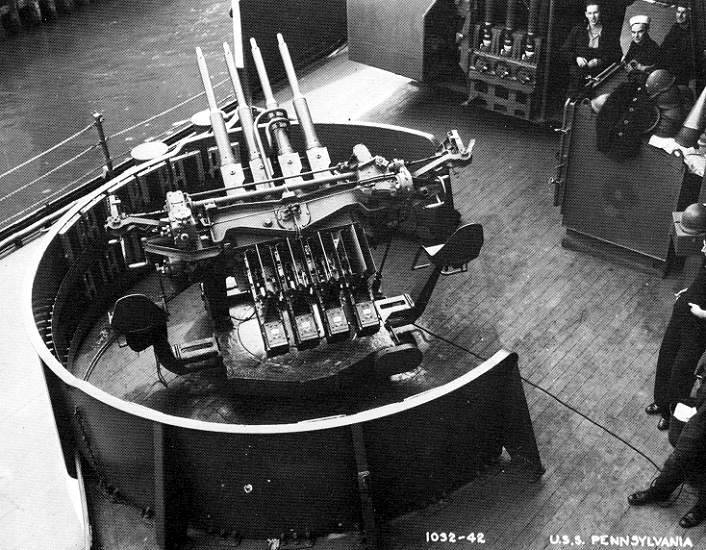 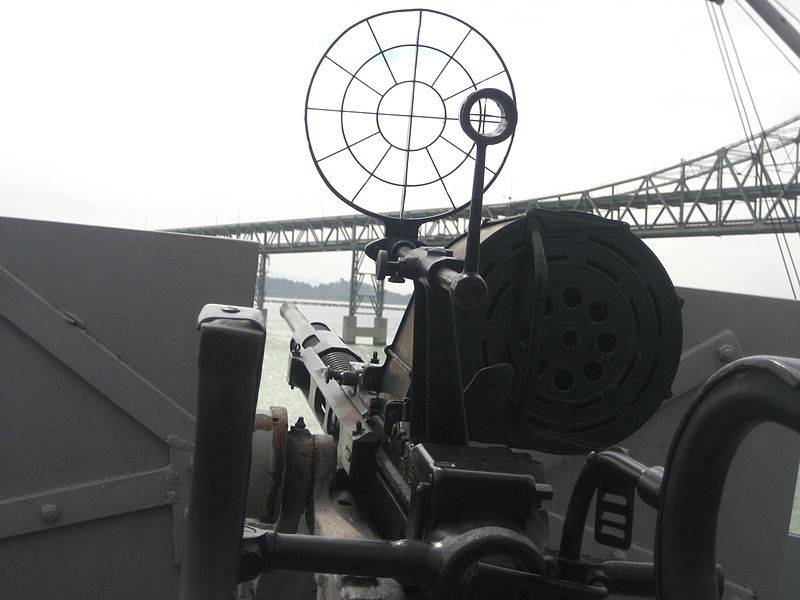 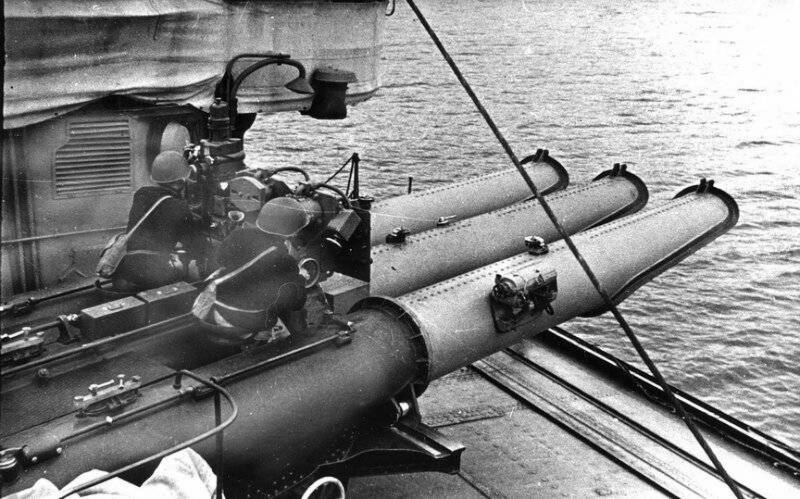 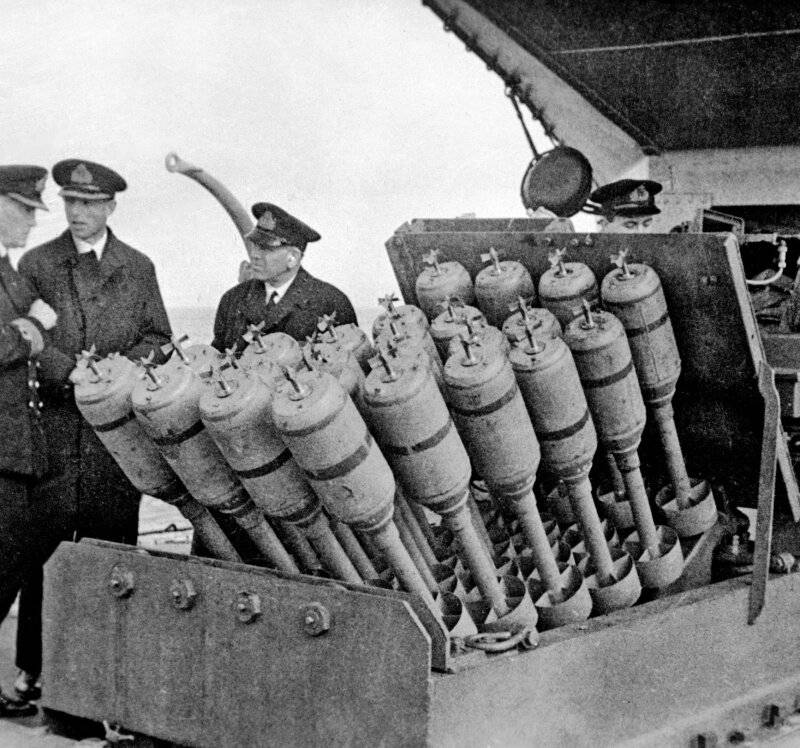 As you can see, the boat turned out to be dangerous only for small ships and submarines. For the latter, it is very dangerous, given the presence on the ship of sonar search equipment, and on some ships and a radar.

The escort destroyers were mainly assigned the functions of anti-submarine defense and patrol ships.

Commander (Lieutenant Commander in our opinion) Walton Pendleton was appointed to command England.

The ship was launched in January 1943, and entered the ranks of the Pacific fleet in March 1944. During the combat service, the ship received 10 battle stars (more than many cruisers) and was included in the lists of the presidential squad of ships. Withdrawn from the fleet and sold for scrap in 1946 due to severe deterioration.

And this very small ship was able to enter historyas one of the most effective anti-submarine ships.

May 18, 1944 "England" together with the same type of destroyer escort "George" and "Rabi" carried out patrol service in the Solomon Islands area. According to intelligence, a Japanese transport submarine with cargo for the garrison of Bougainville was supposed to appear in this area. Therefore, in a deployed formation, the destroyers ransacked the water area in search of a Japanese submarine. 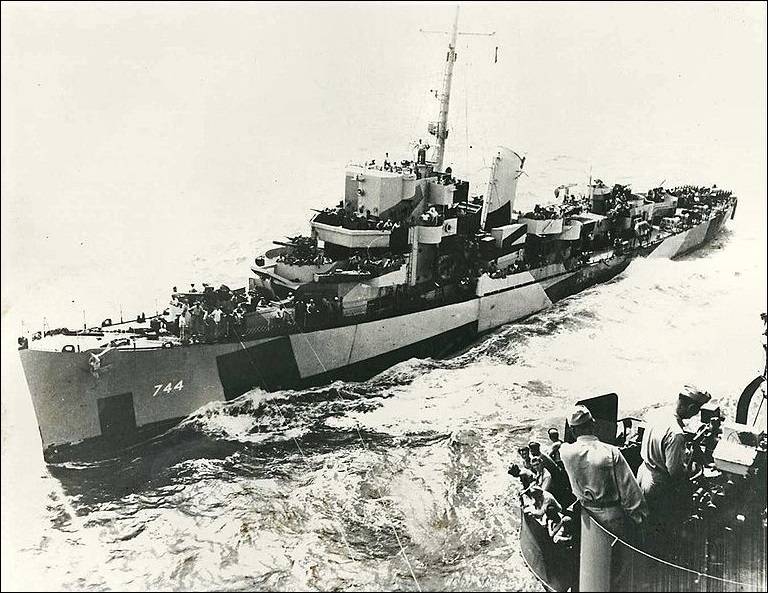 On May 19, at 13.25:XNUMX, England's acoustician made contact with the submarine, and Pendleton immediately led the ship into an attack. The first run was a trial one, without bombing, in order for the acoustician to accurately establish the position of the boat. Then a total hell began for the Japanese. Within an hour, the England crew made five bombing runs.

For the fifth time, it exploded and an oil slick and various debris appeared on the surface. Thus ended the last voyage of the Japanese submarine I-16. 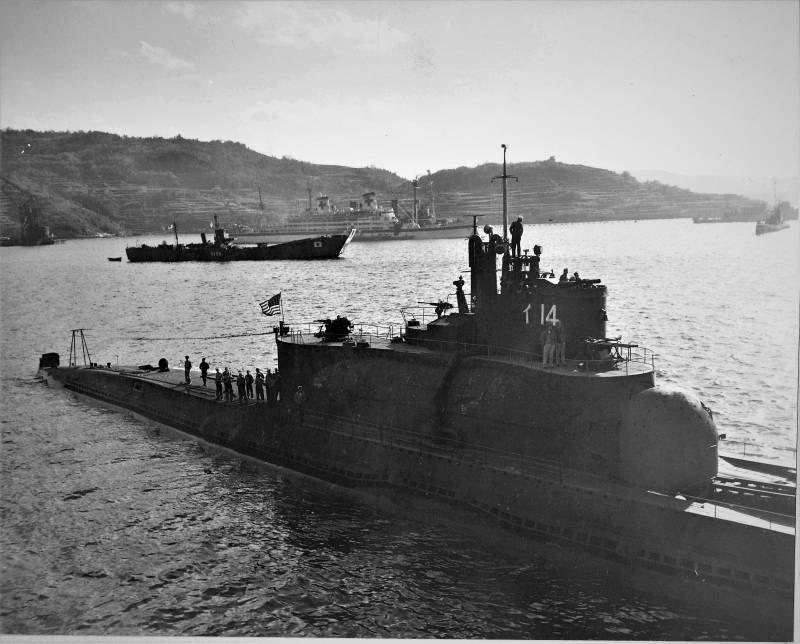 Boat of the same type as I-16
While the crews were rejoicing at the successful actions of the "England", a message came from the headquarters: in the next square, a patrol plane noticed and, to no avail, attacked another submarine. The torpedo boats were ordered to move to the detection area of ​​the enemy's boat.

The passage took a day, and the ships arrived at the indicated square on the night of May 21. And on May 20, at the headquarters of the American fleet, a message was intercepted and deciphered, which said that the seventh Japanese submarine squadron was entering a position to intercept American aircraft carriers. Eight submarines entered the area, through which Admiral Halsey's aircraft carriers had already passed twice.

The patrol began. At 3.50 am on May 22, EME's "George" radar spotted a target 13 kilometers away. Almost immediately, England's radar operators also spotted the target.

On "George" they turned on the searchlight and went on the attack. England were second. The signalmen of both ships noticed a submarine in the spotlight, which immediately sank.

George made a combat run first and missed. The England bombers were also unlucky. Having specified the course of the boat according to the testimony of the acoustics, the destroyers repeated the bombing. 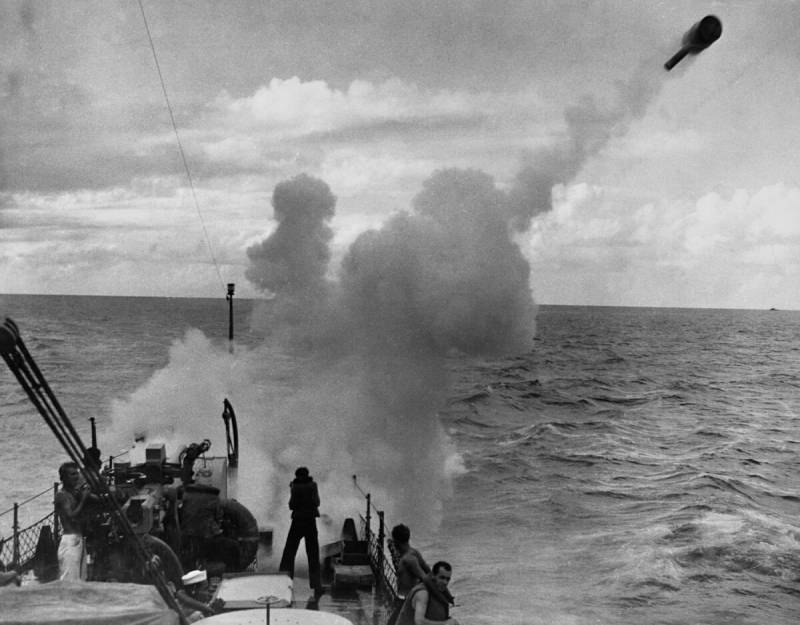 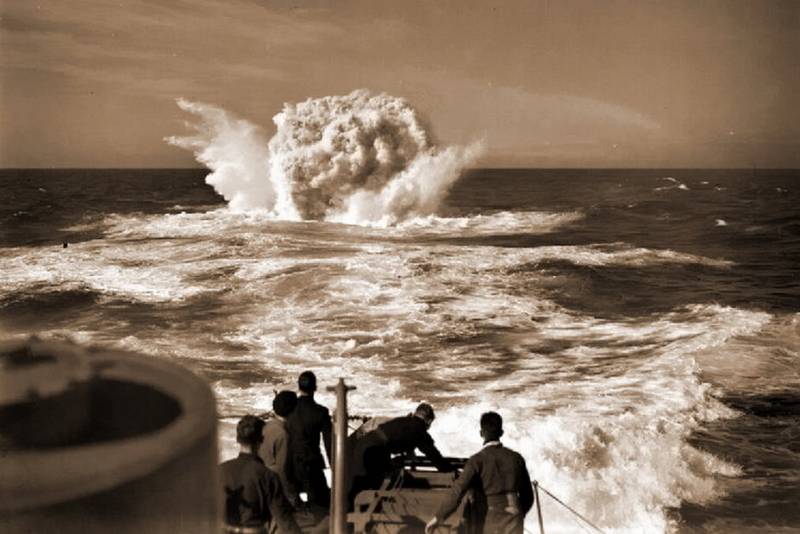 And here again a series of Hedgehog bombs from England fell perfectly. A bomb explosion, three detonations and then a strong explosion under water, a large air bubble burst on the surface, then diesel fuel and debris appeared. Submarine RO-106 sank to the bottom with all the crew.

In less than a day, a new contact happened. The ships walked along a ledge, using both radar and hydroacoustics. On May 23, at 6 am, the destroyer Raby detected a submarine by radar. The Rabi made four passes, but without success. Then "George" stepped in and bombed the boat five more times. An hour and a half later they were joined by England, which fired two volleys of the Hedgehog at intervals of 15 minutes. The second volley was accurate, and air bubbles began to burst onto the surface. The destroyer passed over the place where the air was coming from and dropped a series of conventional depth charges.

It was the turn of the RO-104 submarine to replenish the England's combat account. 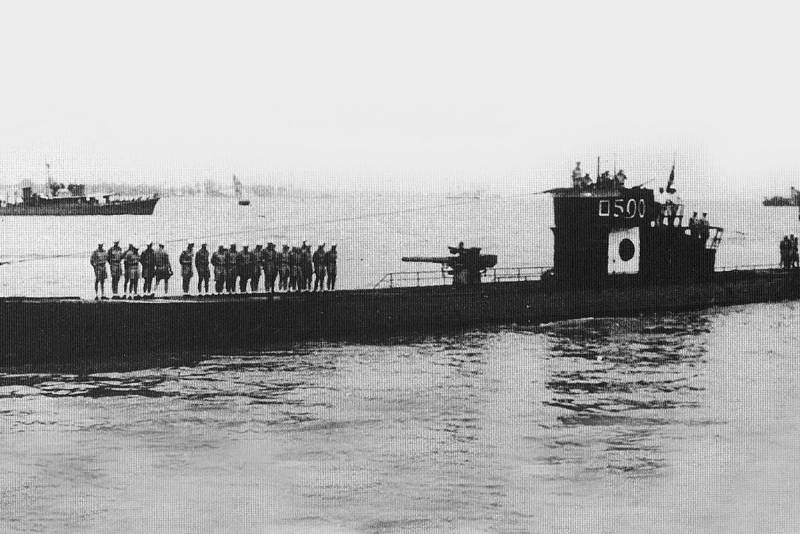 Boat of the same type with RO-104
Further, the command of the fleet, which received reports from the commander of the group of ships, Commander (Captain 2nd Rank) Haynes, concluded that the destroyers were dealing with a veil of Japanese submarines deployed from north to south. Accordingly, if you send ships to the south, you can find and drown someone else.

The torpedo boats sailed south, searching space and water with radars and sonars. On the night of May 24 (1.20 am), George's radar tracked the boat. Naturally, the Japanese immediately went under water, but it was immediately discovered by the England's hydroacoustics. The first salvo of the Hedgehog hit the target, and the RO-116 continued to dive, but at a slightly higher speed and deeper.

The morning showed the usual picture of a huge spot of oil and diesel fuel.

On May 26, "George", "Raby" and "England" met with the detachment of ships that had come to replace them. The boat hunters really needed to restock everything. Haynes's destroyers were replaced by a whole squad of escort aircraft carrier Hogatt Bay and destroyers McCord, Hoel, Hermann and Hazelwood.

Our trio went towards the base, but did not relax and at 2 o'clock on May 26, the operators of the Raby radar discovered another submarine! This time, the RO-108 was out of luck. The scenario was standard: "Raby" gave a direction on the radar, as soon as the boat sank, the acoustics of the "England" and the bomb-thrower crew, who caught the courage, entered into action. From the very first attack, the Hedgehog bombs produced 4-6 explosions. There were no special effects, but in the morning a fountain of oil and diesel fuel was seen rising from the depths.

On May 27, Haynes's group entered the harbor of Seeadler, where they replenished the stocks of bombs from the destroyer Spengler sent for reinforcement, and on the second half of the next day on May 2 again went to sea. 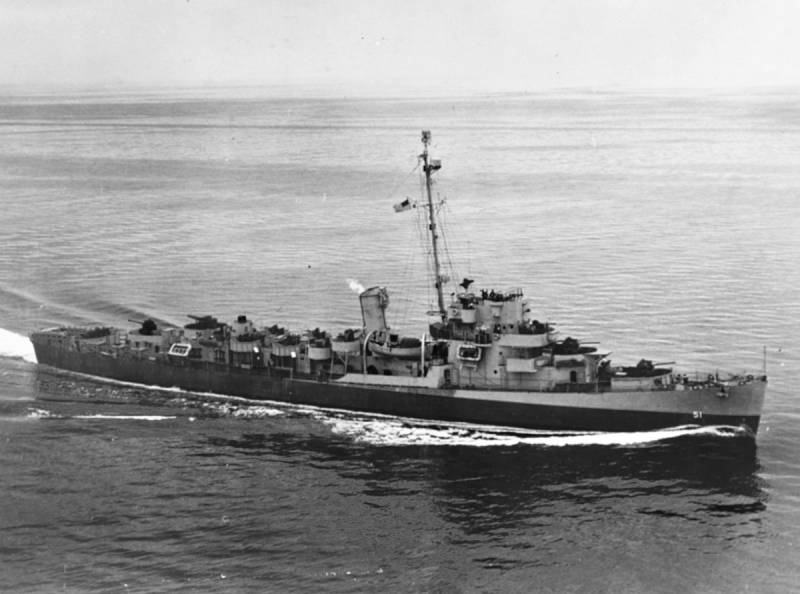 On May 30 at 01:44 am the destroyer Hizelwood discovered the submarine and drove it under water. The depth charges were unsuccessful, but at 04:35, George, England, Raby and Spengler came to his aid. The five destroyers drove the Japanese boat until 7 am. A warning came from headquarters about a possible Japanese raid. aviation, and the boat had to be finished.

In general, it is worth noting that the commander and crew of the Japanese boat (it turned out to be RO-105) demonstrated a high class. At 25 o'clock, five US Navy ships attacked the boat. 16 series of bombs were dropped on the RO-105, but the boat dodged. When the crew had no more air, the commander surfaced between the Raby and the George, so much so that the destroyers could not shoot at the boat. Five minutes - and the boat went deep again and the race continued.

The destroyers' Hedgehogs threw out a series of bombs, but the boat held on as if enchanted. Haines, pissed off, barked over the radio, "Damn it ... England, come on!" And "England" from the first hydroacoustic contact hit with a series of "hedgehogs". In the history of the RO-105, the last point was put.

Meanwhile, the headquarters of the Japanese submarine forces could not really understand why the boats, one after another, stop communicating. And the most interesting thing happened: analysts of the Japanese fleet came to the conclusion that a large and strong formation of American ships was operating in the area.

In the Japanese headquarters, no one could have imagined that such a massacre was staged by several escort destroyers. In general, this curtain was deployed primarily in order to track the movement of American operational formations. The fact that six boats were lost in the area testified precisely to the fact that it was precisely the large forces that were operating there.

And in the Japanese naval headquarters, it was decided to transfer additional forces to the area, removing them from other directions. Including from the Mariana Islands, which the allies struck literally a week later!

That is, the three escorts were able to draw off forces that would be very useful to the Japanese elsewhere. Double effect. 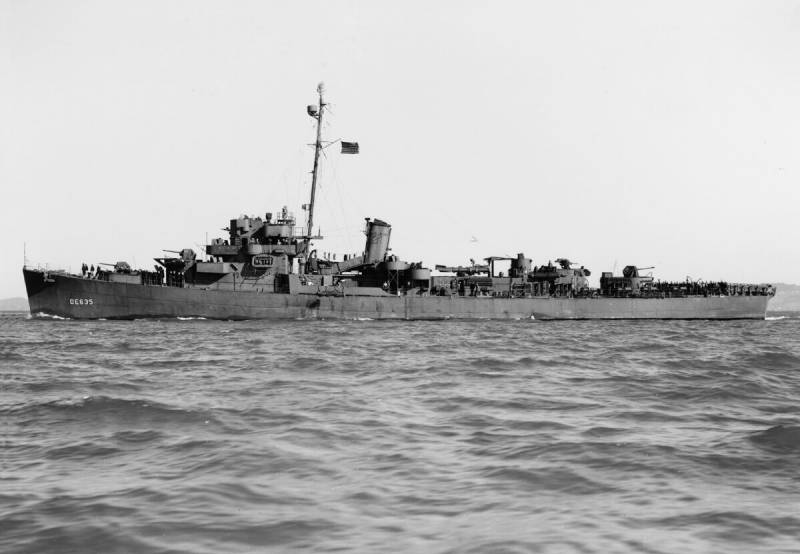 And the fate of our hero, EME "England", was not the best way.

On May 9, 1945, while in a port in the Philippines, England was attacked by three Japanese dive bombers. The first plane was set on fire by the destroyer's anti-aircraft gunners, but the Japanese pilot was able to hold out and crash into the side of the destroyer near the bridge. When the bomber exploded, the bombs detonated, causing great damage to the ship.

37 people were killed, 25 were injured and burned. Two other planes were shot down by the air patrol fighters that arrived in time, otherwise our story could have ended at this point.

The crew defeated the fire, the damaged ship reached Leite, where it received repairs and headed to Philadelphia for a major overhaul.

When the ship reached the United States, the war (July 16, 1945) actually ended and it was decided not to restore the battered destroyer, but to cut it into metal. England was decommissioned on October 15, 1945.

And his companions for a very long time served in the navies of different countries, Taiwan, Chile, Ecuador, Mexico, South Korea, the Philippines. They turned out to be good boats.

The name of England's radio operator was transferred to another ship, but the success achieved by the England's crew was not repeated.

I am sure the namesake from heaven looked approvingly at the success of the ship named after him. It was a very good hunt.