Deep fake: who gets the liar's dividend 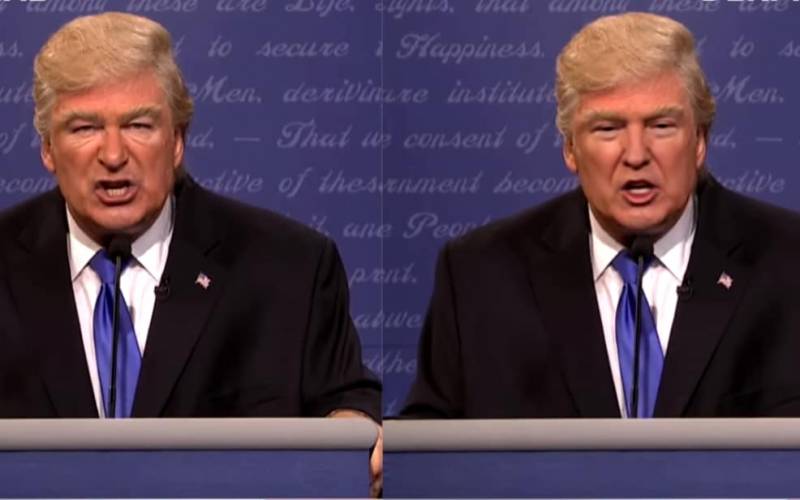 Deep fake is a term that first appeared in 2017 to describe realistic photos, audio, video and other fakes created using deep machin learning technology. Actually, the term originates from this method.

US experts say that in the near future the technology of deep counterfeiting (abbreviated as GP) may pose a serious threat to national security. This is stated in the report for the Congress "Deep Fakes and National Security". The main danger of SOEs is that, as a result of the resulting uncertainties, a factual vacuum is formed that influences political decision-making at the interstate level. For example, the leader of one country will make a statement in a video message that will provoke interethnic, racial or religious conflict, but the statement itself turns out to be fake. Examples of realistic deep fakes with political leaders (V.V. Putin, A.G. Lukoshenko, B. Obama, etc.) can be found in the public domain on the YouTube platform at the request - DeepFake.

Most often, GPU refers to the falsification of information about events using generative adversarial networks (GANs). The first network, or generator, deals with the creation of fake data such as photographs, audio recordings, or video footage from an original realistic dataset. The second network, or discriminator, deals with the identification and verification of the received data. Based on the results of each iteration, the generator network is tuned to create increasingly realistic imitations. The networks continue to compete, often for thousands or millions of iterations, until the generator improves its performance so that the discriminator can no longer distinguish real data from fake data.

The foundation of machine computing is High-Capability Computing Infrastructure and Applications (HCIA). This infrastructure is the pivot of the new digital space. Her scope of distribution from lab computing, artificial intelligence, Internet of things to media entertainment.

A significant part of these calculations is also required in the military sphere for the organization of encryption and communication, control of unmanned vehicles, ensuring cybersecurity, attacks, etc. The program of research and development in the field of network and information technologies launched by the US Congress in 1991 (Networking and Information Technology Research and Development Program - NITRD), this program aims to coordinate high-tech activities to ensure the US technological leadership in the world. Almost a fifth NITRD's 2021 Congress Budget Request the year is High Performance Machine Architecture (HCIA).

The problem is that a wide range of stakeholders have gained access to high-performance machine systems via cloud computing and at a similar rate. And these are not only students and professors of technical universities, but also persons interested in creating a state enterprise for purposes far from ethical standards, such as political pressure or blackmail, including at the interstate level.

And here it is important not to fall into the pre-set traps of disinformation and falsifications associated with the conduct of information wars.

Today, the term GP can be used as a tool in the course of this war to discredit (conceal, level, disavow) facts (information) that contribute to the negative image of the United States and its allies in the eyes of the world community.

Correctors of the truth

Conceiving deep forgeries as a complex and resource-intensive machine learning process, GP has turned from a technical tool into a cheap (from a resource and cost point of view) manipulative tool for verifying events in the world space. More precisely, information about data and events in the localized communicative media space.

Since most of the world's inhabitants do not have the opportunity to directly observe certain events, then, according to the journalist and political observer U. Lippmann, we receive information about them from third parties, most often interested and engaged. It is no coincidence that the Twitter platform's slogan until recently was: "When something happens in the world, it happens on Twitter." Approaching this idea from the standpoint of constructivism, one can cite the statement of the German constructivist sociologist N. Luhmann that if the world around us cannot be displayed as it is, then one should look for those who would benefit from reflecting the realities of the world on their own terms and in their own interests.

Thus, using DP as an appropriate pretext (it does not matter whether the falsification was in fact or not), the interested party applies the degree of interpretation that is favorable to it - from partial leveling of information to complete denial of the event as such. As, for example, in the case of the tragic incident with the participation of NATO troops during the transfer of forces in the Baltic countries. Let me remind you that one of the military vehicles of the convoy hit a cyclist in Lithuania. And when eyewitnesses began to upload materials to the network, the NATO leadership, represented by the United States, stated that these the photo is fake and there was no incident at all.

American experts (Professors Daniel Keats Citron and Robert Chesney) introduce the concept of "liar's dividend." It includes the notion that people can successfully deny the authenticity of information, especially if it portrays inappropriate or criminal behavior by claiming to be DPO. Simply put, if this or that information is not beneficial to me, then I say that it is a fake. And if it is beneficial to me, but not beneficial to the enemy, then I say that you simply do not want to admit the truth and for this you can be sanctioned. Do not confuse this technique with "double standards", as, rather, the "dialectical law of an overbearing observer" who chooses ways to make a decision in his favor.

In this context, another field for activity appears. Namely: the deliberate use of the State Enterprise as a pretext for carrying out illegal, provocative and inhuman actions. For example, in the Deep Fakes and National Security report presented to Congress, North American intelligence officials argue that deep falsifications can also be used to create incendiary content. For example, creating compelling videos of US military personnel involved in war crimes for purposes of radicalizing local populations, recruiting terrorists, or inciting violence against those military personnel (see footnote 1). From a practical point of view, such a technique is understandable and is used as counter-propaganda to discredit the enemy's information space and can be carried out even before illegal operations are carried out on the territory of third countries.

This transformation comes from the fact that if I doubt the information provided to me, coming from an ideologically "correct" source, then I have no place in the system of worldviews that dominates this social system or, more simply, the country. The 2020 US elections are a notable example. Those who doubt J. Biden's victory and insist on falsifying data are censored on the Internet, they are illegally fired from their jobs, and they are denied service to their bank accounts. In a country where you can buy gasoline or pay for utilities only with a bank card, this practice has disastrous consequences for a person's living conditions.

A new round of censorship

In the end, it can be said that the peculiarity of such methods as deep forgery is that the GP can generate reality in the absence of any connection with reality as such. Causing a number of consequences disastrous for this reality.

First, as we said above, the GP can exert serious pressure on decision-making by the leaders of our communities because of the “nebulousness”, “falsity” of the unfolding events. The whole question is where they unfold - on the pages of "The Guardian", "Twitter" or do they actually take place?

The second conclusion follows from the previous one. GP is a self-referential, that is, addressing itself, system of information censorship and propaganda. Since what is claimed to be "truth" or knowledge of the truth will be further used as a unified platform for the "correct" democratic point of view. Accusations of Russian interference in the US elections in 2016 have become a commonplace that does not require confirmation or explanation for the Western man in the street.

And thirdly, as a result of the development of methods of deep falsifications, an adult or a teenager, a layman, will not be able to distinguish between truth and lie. This uncertainty will exert serious psychological pressure on the individual, group and community, causing feelings of anxiety, danger, hopelessness, depression and anomie (lawlessness).

So who, after all, gets the dividends - the benefit from the conscious impact on the surrounding real world with the help of fakes distributed in the media?