In Poland: The moment of removing the flag on the last Cobben class submarines of the Polish Navy is inexorably approaching 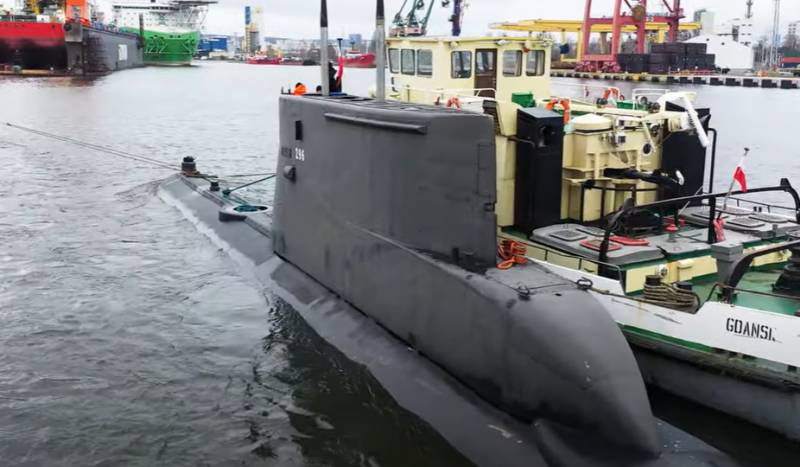 In Poland, the process of decommissioning Cobben-class submarines is nearing completion. Today it is reported that two tugboats Rhino G-01 and Rhino G-02 have towed the ORP Bielik submarine belonging to this class from the Gdansk shipyard to the port of Gdynia.


It is reported that the ORP Bielik submarine is likely to be cut for scrap in Gdynia.

The final withdrawal of submarines ORP Bielik and ORP Sęp of the Kobben class from the Polish naval forces is carried out on the basis of an agreement dated February 16 this year. The agreement prescribes the allocation of approximately 1 million zlotys (19,6 million rubles) for the "decontamination" of submarines. This term is used by the Polish media.

The moment of lifting the flag on the last Cobben class submarines of the Polish Navy is approaching inexorably. Their corps will be transferred to the Military Property Agency.

The Kobben class submarines are actually an upgraded version of the German Type 205 submarines.
These submarines were originally built for the Norwegian Navy. Then some of them were transferred to Poland. ORP Bielik - Svenner submarine built in 1967. ORP Sęp - Skolpen submarine built in 1966. They were in the Polish Navy from 2002-2003.
Ctrl Enter
Noticed oshЫbku Highlight text and press. Ctrl + Enter
We are
Reports from the militia of New Russia for 27-28 September 2014 of the yearThe big press conference of Vladimir Putin
Military Reviewin Yandex News
Military Reviewin Google News
27 comments
Ad