In India, there was a fire on the aircraft carrier "Vikramaditya" 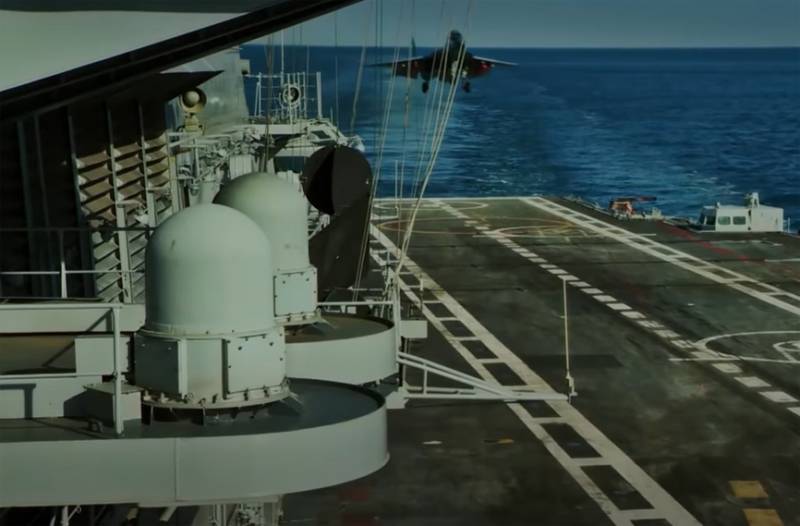 The crew of the aircraft carrier "Vikramaditya" noticed smoke emanating from the compartment in which the sailors' cabins are located. The personnel on duty proceeded to immediately identify the source of the fire.
About where exactly the same hearth was located has not yet been reported. But it is known that they managed to cope with the fire.

The command of the Indian Navy claims that the fire was extinguished in a short time, there were no casualties or injuries as a result of the incident.

Initially, it was reported that several sailors could be blocked in the compartment. However, the verification of the personnel and monitoring of the compartments of the warship showed that all crew members are safe. There are no threats to their lives.
It is known that at the time of the outbreak of the fire, the Indian aircraft carrier Vikramaditya was located at the Karwar military base in the state of Karnataka in the south-west of the country. At the time of the fire, there were about 900 people on board the ship.

The damage that was caused to the aircraft carrier as a result of the fire is not reported at the moment.

Recall that the Vikramaditya aircraft carrier is of Soviet origin. The ship was handed over to India in 2013 after a deep modernization of the Admiral Gorshkov TAVRKR. It was built at the Black Sea Shipyard. Today, this aircraft carrier is the flagship of the Indian naval forces.
Ctrl Enter
Noticed oshЫbku Highlight text and press. Ctrl + Enter
We are
Reports from the militia of New Russia for 27-28 September 2014 of the yearRussia reminded of the deadline for the delivery of Vikramaditya
Military Reviewin Yandex News
Military Reviewin Google News
34 comments
Information
Dear reader, to leave comments on the publication, you must sign in.