"Place" for Zelensky at NATO summit has not yet been "found" 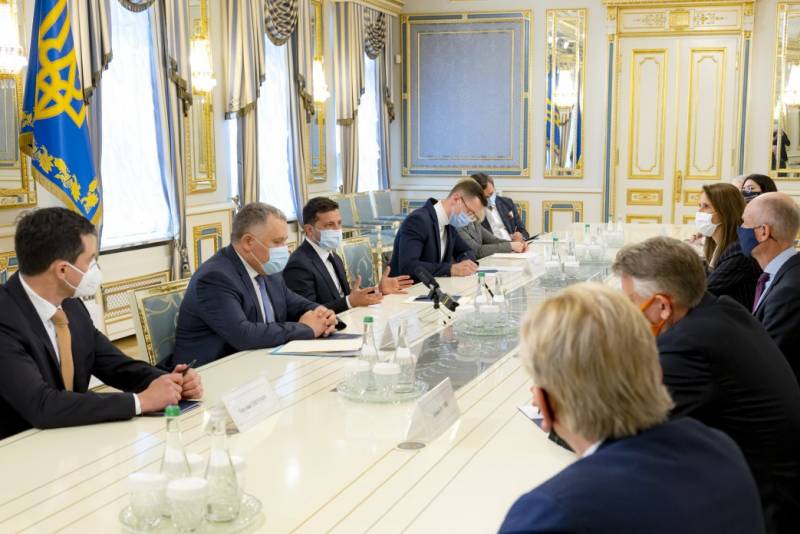 The leadership of the North Atlantic Alliance has not yet confirmed the participation of Ukrainian President Volodymyr Zelenskyy in the work of the large NATO summit in Brussels, which is to be held in June this year. Against the background of Washington's two-faced behavior, which makes promises and then “retroactively” renounces them, crossing out even the transcripts of official negotiations, this creates an atmosphere of nervousness and disappointment in Kiev.


The victorious reports of last week and the beginning of this week, when during a tour to Europe Zelensky was promised comprehensive support, and even the word of the head of Poland was given that Ukraine would become almost the main subject of the upcoming NATO summit, were replaced by a bitter reality that presented many unpleasant surprises.

First, the visit of US Secretary of State Anthony Blinken became a cold shower for Ukrainian society and the political establishment. The chief American diplomat immediately applied the method of "tough love" to Ukrainian officials (in the words of The Washington Post), first giving a good beat, and only then "kissed the crown" goodbye. Then there was a blow to the image of "Square" with the help of a "corrected" transcript with crossed out words about the US's consent to Ukraine's accession to NATO. In the US administration, the amendment to the text was explained by the fact that the words do not reflect the official policy of Washington. This has become a real cold shower for Kiev, which has been insisting in recent years that the United States is ready to help Ukraine join NATO.

And so Friday night brought new bad news from Europe.

A "place" for Ukrainian President Zelensky on the sidelines of the June summit has not yet been found. Olga Stefanishina, Deputy Prime Minister for European and Euro-Atlantic Integration of Ukraine, announced this with regret. In fact, the official said the most ordinary things, transparent for the understanding of every person familiar with the situation and the structure of the Alliance, apparently inaccessible exclusively to Russophobes from Kiev:

The summit provides for the participation of only members of the Alliance. But the agenda is still being formed, so there is always a chance
- Mrs. Deputy Prime Minister expresses hope for a miracle.

In Ukraine, they still cannot discard false prejudices, for example, that Polish "partners" can simply lead Kiev by the nose, publicly promising that NATO will tinker with Ukraine in June. Or that the United States is interested in accepting an unstable Ukraine with all its problems in NATO, which itself needs either a reorganization, or at least a rethinking of the goals and interaction of its members, stimulation of Atlantic cooperation and "pacification" of Turkey.

In such a situation, the Alliance simply has no time for Ukraine. But Kiev cannot understand such a simple configuration, or they do not want to, preferring to “hover in the clouds”, experiencing constant disappointment and despondency.