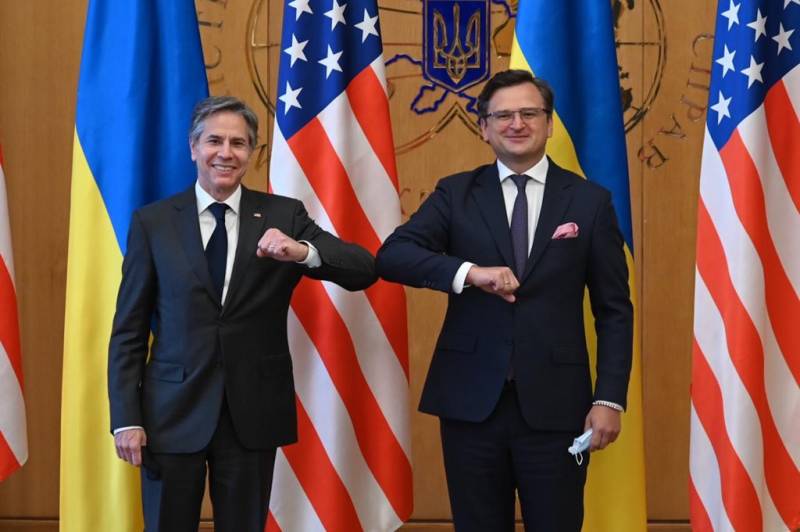 Ukrainian-American talks are currently underway in Kiev. In this regard, the head of the US State Department, Anthony Blinken, is on a visit to Ukraine.


This was reported by the Ukrainian agency UNIAN.

The US Secretary of State arrived in Kiev by plane last night. He was invited by the head of the Ukrainian Foreign Ministry Dmitry Kuleba. This is the first visit to Ukraine by a representative of the new American administration.


On the trip, he is accompanied by Victoria Nuland, who is very well known in Kiev. In addition to meeting with the Minister of Foreign Affairs, Blinken intends to meet with President of the country Volodymyr Zelensky, as well as with other Ukrainian officials and politicians. After his conversation with Zelensky, their joint press conference is scheduled.


At the meeting of the American Secretary of State and the head of the Ukrainian Foreign Ministry, it is planned to touch upon the prospects for strategic partnership between the two countries, an increase in trade and investment, deepening cooperation in the defense sector and other issues. In his welcoming speech, the guest said that he was very glad to “return to Ukraine again”.

David Arakhamia, head of the Servant of the People faction in the Verkhovna Rada, told Strana.ua that during the visit the issue of appointing temporary attorney Christine Queen as US Ambassador to Ukraine was also discussed.

Ctrl Enter
Noticed oshЫbku Highlight text and press. Ctrl + Enter
We are
Reports from the militia of New Russia for 7 September 2014 of the yearBlinken said the US will conduct a dialogue with China from a position of strength
Military Reviewin Yandex News
Military Reviewin Google News
50 comments
Ad