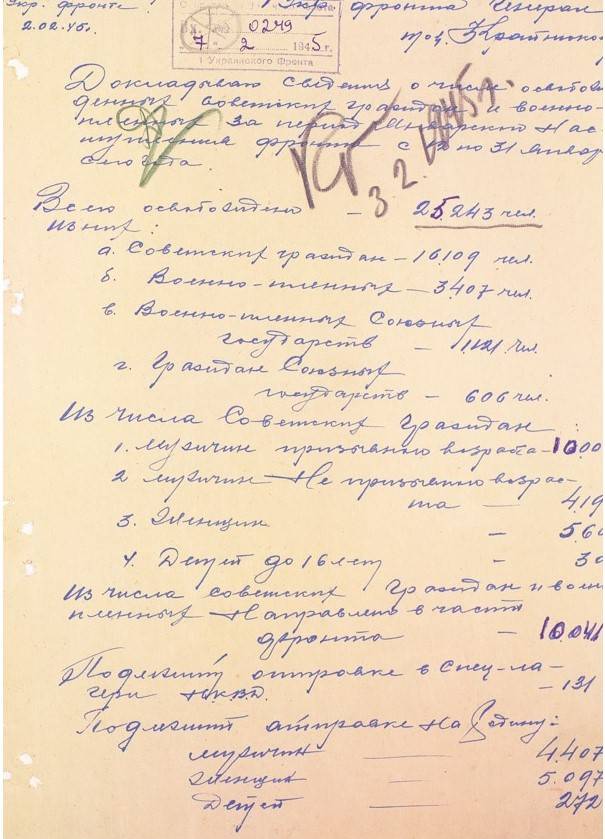 The stories about the disproportionately large losses of the Red Army in 1941-1945 have long become a kind of base on the basis of which myths about the inferiority of the Soviet people in general and the state in particular are piled up. And these myths are dangerous. The stories about the filling up of corpses are not hitting the communist ideology, not Stalin, they are hitting the Russian people. What to call people who allow themselves to drive on machine guns with a rifle for three? What should you call such a nation? This is not to mention the fact that it was not the Martians who drove?


And yet even ordinary everyday logic says - all this is impossible purely physically. It is impossible to drive more than ten million armed people to certain death, it is easier for them to turn around and tear up the beaters. But there were no riots in the Red Army, and there could not have been. Because there were no detachments with machine guns (in the form shown in agitation). There were no commissars with moronic orders and other horrors of the perestroika era. There was a war and there were casualties. But which ones are a matter of statistics.

To begin with, it's worth thinking - what are losses in general?

They are different. Here are prisoners of war - this is also a loss. But captivity does not mean that a person is dead? Major General Mikhail Ivanovich Potapov was captured, returned, commanded the army and the district, rose to the rank of colonel-general, died 20 years after the war. And he's not the only one. There were many of them.

There are also sanitary losses. And they don't have to be wounded. For example, life in a wet stinking pit called a trench does not add health, a person gets nephritis or pneumonia, he is sent to a hospital and, as expected, is included in the list of sanitary losses. And then there are injuries, there are clean wounds. Some front-line soldiers were wounded three or four times. And if we count the total losses, then we can reach tens of millions, or even more.

Again, there are losses of servicemen, and there are losses of civilians. And don't be confused. The latter have nothing to do with hostilities. They are connected with the infamous Ost plan. We did not exterminate the Germans, so they have overall losses and less. They also waged a war with the aim of destroying the Soviet people.

And then there are direct losses, and there are demographic ones. And these are also different things. Demographic is when we count how many people should have been by the end of the war, given a normal birth rate. To put it simply - the registration of unborn children.
There are a lot of all these nuances. And you can play with these details as you like. Here comes the wild numbers. If you wish, of course.

We consider, for example, demographic losses, coupled with sanitary and plus losses of the civilian population. And we write - 50 million. Here are the bastards-communists of the people put something ... But this is a deception. Moreover, a deception that has long been refuted. There are studies by Krivosheev. There are data from the Ministry of Defense and Rosstat.

It's just that the numbers are small and boring, it's easier to read something like that. Moreover, the number of losses was constantly floating.

And the problem of accounting for combat losses in 1941-1942 was. And it is caused by purely objective reasons.

How is the roll-by-name record of losses kept? Unit commanders are sending casualty reports upstairs. There they summarize, send even higher. And so on until the People's Commissariat of Defense. But if the unit was surrounded and died, then the papers also perish, which are saved in the last turn. Consequently, loss reports also perish.

In 1941-1942, boilers were rather the norm. And dozens of dead armies could not send any reports for purely technical reasons.

There remains an approximate method: there were so many, so many broke through ... But it does not say anything. Some of the encircled people joined the partisans, some settled in the villages. There were prisoners. And all these people remained alive and fought further. Again, where to carry the wounded killed by the Germans in hospitals? Militias, policemen, partisans?

And it is very difficult to put things in order in this kind of accounting, especially on the issue of prisoners of war. How many died? The question is complex. The Germans did not bother observing the conventions. Soviet prisoners of war were not considered people. They were fed to a minimum, they were practically not provided with medical care, hence the increased mortality.

As a result, the loss of prisoners was approximately:

“In total, 4059 Soviet servicemen were held captive, and about 500 died in the battles, although according to reports from the fronts, they were counted as missing. In addition, in the initial period of the war, the enemy captured about 500 thousand persons liable for military service, called up for mobilization, but not enlisted in the troops. "
4,5 million prisoners of war are not only military personnel. The Germans had a habit of placing detained civilians in the category of prisoners ... with all that it implies.

According to German data:

3,3 million Soviet prisoners of war died in German captivity (Streit C. Keine Kameraden: Die Wehrmacht und die sowjetischen Kriegsgefangenen. 1941-1945).
And this, again, the figure is inaccurate, because the dead in the camps are taken into account. And at least half a million prisoners did not make it to the camps, they were killed just on the way. The figure of 3,8 million people killed by the Germans prisoners, it is creepy. But it does not work to attribute it to the art of war. By the end of the war, we also had millions of prisoners. It's just that we, being human beings, did not kill them.

They are known more or less precisely - 6329,6 thousand people.

According to Krivosheev, the total loss of the Red Army 11441000 people. There are alternative figures, some amount to 12 million, but no more. You have to understand that this is all - those killed in battles and from accidents, shot (160 thousand), died in captivity, missing.

The figure is scary. But the enemy has:

the irretrievable human losses of fascist Germany on the Soviet-German front amounted to about 7 million people (including Austria, Luxembourg, Alsace, Lorraine, Sudeten Germans, voluntary formations from other states) and its allies (Hungary, Italy, Romania and Finland) - more than 1,7, XNUMX million people.
Which is quite comparable to our losses. And this is quite logical. We had 1941-1942, the Germans had 1944-1945.

There is controversy about the missing. But for the war, this, alas, is a common thing. Here you need to understand that in conflicts of such a scale, both demographic and geographical, it will never be possible to count to a person. Neither we nor them.

For understanding. The rifle division of the Red Army in 1941 is 14500 people in the state. And only our losses on the battlefield - more than 400 rifle divisions in four years. And the total losses of the Red Army and the Wehrmacht are twice as high as all losses in the First World War. If we add that the citizens of the USSR were not considered people for the Germans, and they normally did not bury the same bodies of Soviet servicemen, and often did not bury them at all, then the disputes will go on for a very long time, if not forever.

And it's good if these are scientific disputes, in the style of Zemskov's dispute with Krivosheev's data. But usually it slides into anti-Russian propaganda with fantastic numbers, sucked out of thin air.

Having lost a cadre army and a huge territory, we did not surrender, we did not arrange the collapse of the state. They got to their feet and won. And those who fell into millions of losses died precisely in order for us to reach Berlin.

And we still will not be able to fully evaluate the feat of rebuilding the army during the war practically from scratch, while restoring the lost part of the industry, in the face of the enemy's offensive on all fronts. Simply because - you can understand this, but realize - no. The task was too overwhelming, on the verge of impracticable.

And our grandfathers, great-grandfathers, coped with that task. Even at this price. Taking a comparable price from the aggressor.