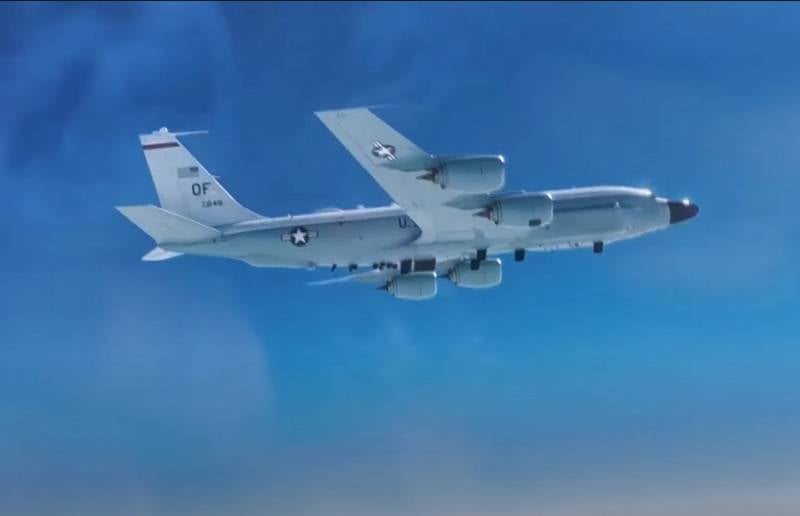 The US Air Force is increasing the number of reconnaissance flights to Russian borders, including in the Far East. According to the National Center for Defense Control, another attempt to conduct reconnaissance near Chukotka was stopped by the Russian MiG-31.


The US Air Force sent an RC-135 reconnaissance aircraft to the Chukchi Sea area, which was detected by air control. To identify the target and prevent violations of the state border, a MiG-31 interceptor from the air defense forces of the Pacific fleet.

The Russian fighter "intercepted" an American reconnaissance aircraft over the water area of ​​the Chukchi Sea, identified it as RC-135 and, after the American's turn, escorted him. Violation of the state border was not allowed, the MiG-31 returned to the airfield.

As previously explained by military experts, flights of reconnaissance aircraft are aimed primarily at pinpointing air defense points covering a particular area. All detected assets are added to an interactive map, which as a whole displays the air defense system of a potential adversary, in this case, Russia. Therefore, the task of Russian interceptors is to prevent reconnaissance assets from approaching a minimum distance to conduct a more thorough scan.

However, even in the event of an "early interception," the mission of the US Air Force reconnaissance aircraft is considered complete, since it allows the Russian interception forces to react in a given area to be calculated. Therefore, the flights of the American aviation they will not stop at the Russian borders, as well as the Russian ones at the American ones.
Ctrl Enter
Noticed oshЫbku Highlight text and press. Ctrl + Enter
We are
"No border violations allowed": the Russian MiG-31 "intercepted" the American reconnaissance aircraft RC-135Reports from the militia of New Russia for 27-28 September 2014 of the year
Military Reviewin Yandex News
Military Reviewin Google News
25 comments
Information
Dear reader, to leave comments on the publication, you must sign in.