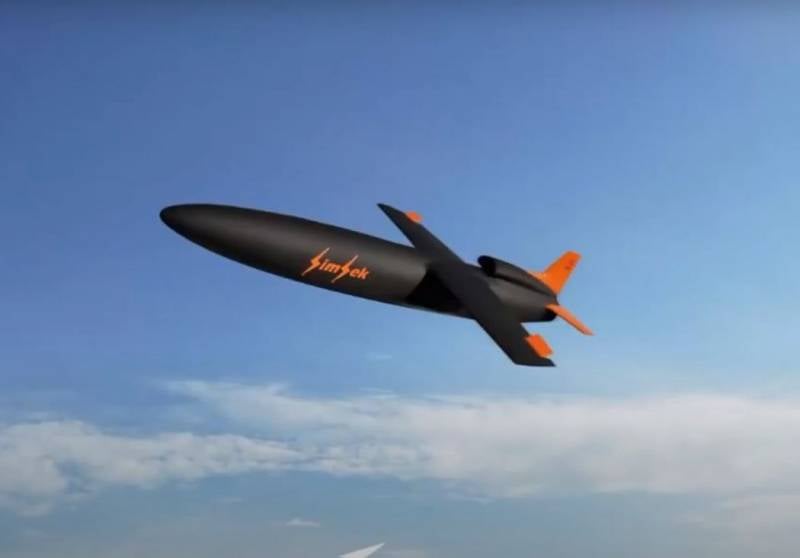 In recent years, Turkey has become one of the world leaders in the creation of strike and reconnaissance unmanned aerial vehicles. The debut of the combat use of Turkish UAVs took place in Syria and Libya, and then they proved themselves well during the second war in Karabakh. The success of existing drones has pushed Turkish companies to develop and build new drones.

Turkish Aerospace has introduced a new unmanned aerial vehicle Simsek. It is designed to ram a target with the subsequent explosion of a warhead. Simsek is launched from a different, larger unmanned aerial vehicle, making it a representative of a new generation of drones that do not require the assistance of manned vehicles to deliver them to the combat site.

For the first time, Temel Kotil, CEO of Turkish Aerospace, spoke about the new drone in April 2021. He gave an interview to CNN Turk, in which he revealed some of the technical characteristics of the kamikaze drone. According to an Aerospace spokesman, the new drone is capable of carrying up to 5 kg of explosives and can deliver them to a distance of about 100-200 km after being launched from another UAV. Kotil also shed some light on the scale of production: so far, 100 Simsek drones will be produced per year. 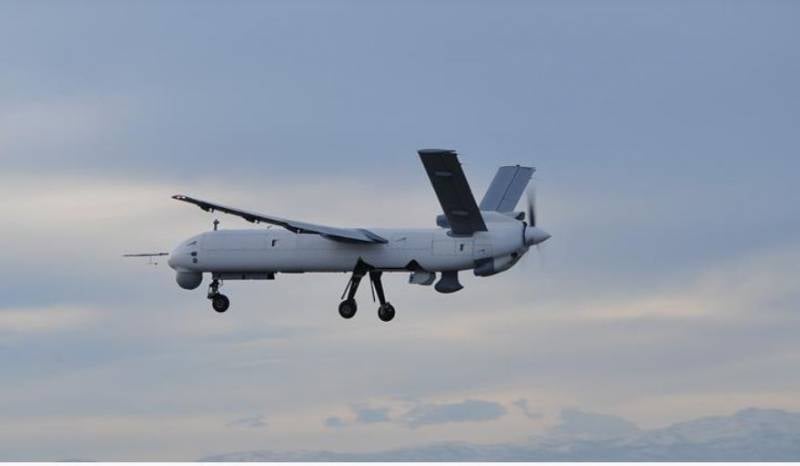 UAV Anka. Photo: Turkish Aerospace Industries
The Simsek drone, powered by a small turbojet engine, began development back in 2009, first as a high-speed target to test the capabilities of Turkey's land and naval air defense systems, as well as air-to-air missiles launched from manned fighters.

The drone was developed on the basis of a catapult launch system that can be installed on ships. But in 2020, the drone was integrated into the Anka UAV of Turkish Aerospace, which was repeatedly tested in real combat conditions. American columnist Thomas Newdick calls Anka the Turkish equivalent of the MQ-1 Predator drone.

The main characteristics of the drone

As the author of The Drive Thomas Newdick writes, launching a Simsek kamikaze drone from another UAV not only increases the range, but also increases the capabilities of the launch vehicle, which is capable of attacking targets at a greater distance. 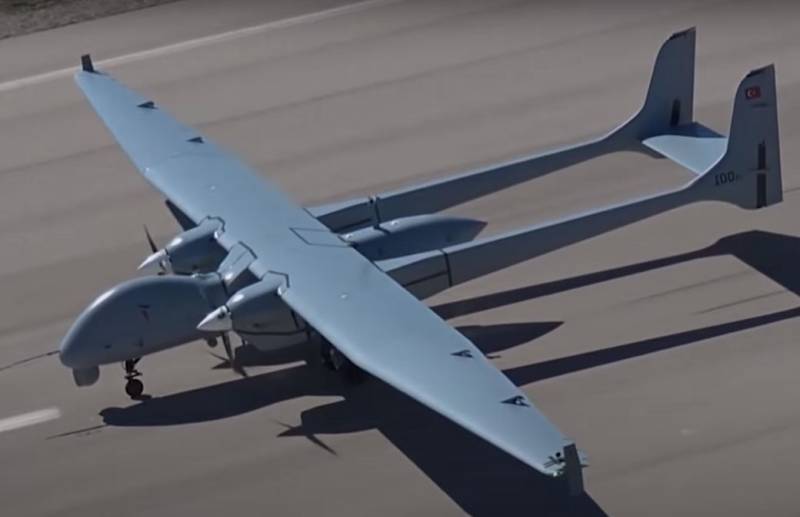 One of the distinguishing features of the Simsek kamikaze drone is the absence of optical sensors or data transmission channel. It works more like a traditional air-to-ground missile aimed at a pre-selected target. The drone guidance method has not yet been disclosed by its developers.

However, as Newdick writes, the drone has a line-of-sight data link and is capable of operating in a completely autonomous mode. It makes it very easy to attack static targets, and in the future, developers can add more complex guidance systems.

Another advantage of the Simsek drone is its high speed. It moves quickly and has good maneuverability. The drone is also quite cheap to manufacture. All of these characteristics explain the growing interest in Turkish design not only in the Turkish military itself, but also in the United States.

But the drone has a drawback - a small weight of the warhead, which reduces its destructive potential. Therefore, experts talk about the possibilities of using a drone to attack enemy air defense systems, which drones can suppress with their number.

It is possible that Turkey has already tested Simsek drones in Azerbaijan. In addition, it is known about the interest in the drone from Kazakhstan, and in the future the circle of potential buyers of the drone may expand.