It happens in storiesthat a masterpiece is born with the hands and brains of a person. About which they argue and write in 50 or 100 years. And it so happens that it turns out a kind of miracle, which is more a monster. But that also left its mark on history.


France is considered to be a trendsetter, and to be honest, in aviation the French played an important role, since they created very beautiful and decent airplanes such as "Dewuatin D520" or "Pote P630". Beautiful, with good characteristics, with the prospect of a long and fruitful service.

In principle, "Dewuatin D520" fought the entire Second World War from the first to the last day. But we are not talking about handsome men, but about monsters.

The thirties in France were, shall we say, not the best for aviation. A lot of firms and firms, who in what way, have created and built airplanes. This in itself was not very convenient, and as a result led to the nationalization of the entire aviation sector (about this literally in the next article), and even accompanied by strange special effects.

One gets the impression that all the French bombers' designers spat on aerodynamics in unison and rushed together to rivet the ugly monsters, in front of which the Tupolev TB-1 and TB-3 creations from not the most advanced country in terms of aviation looked quite worthy.

What the French did in the thirties was nothing more than a crime against aerodynamics. Well, in terms of beauty, it was those Gwynplains and Quasimodos from aviation.

And here we will talk about one of these "handsome men", which at the beginning of the Second World War was the main bomber of the French Air Force in terms of quantity.

This aircraft was created by the efforts of the designer A. Dutartre of SECM. On numerous photos of the most massive bomber in France on September 3, 1939 (the moment France entered the Second World War), one can appreciate the entire monstrous plan of the designer. But the saddest thing is that he was not alone in his aspirations to make the plane as awkward and ugly as possible.

Meanwhile, one person who really understood airplanes once said that "Only beautiful airplanes can fly well." Andrei Nikolaevich Tupolev understood on airplanes. And if we can say that the aforementioned TB-1 and TB-3 were not masterpieces of beauty, then the Tu-2 that followed them could well be considered the standard of graceful aerodynamic forms.

The Amio 143 was born as part of a multipurpose aircraft project suitable for reconnaissance, bombing and patrol service. The project appeared in 1928 and more than one masterpiece aircraft was born within its framework. However, judge for yourself. Here is a photo of the main rivals of Amyot 143 in the competition: Bleriot 137, Breguet 410 and SPCA 30. 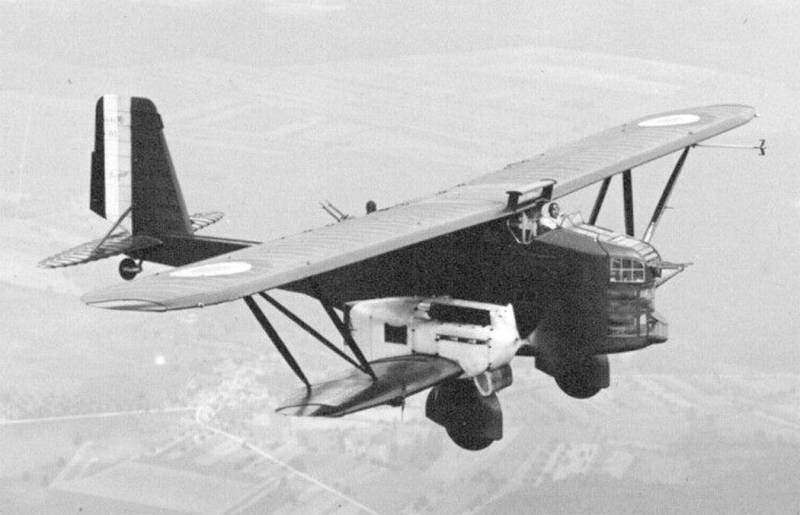 SPCA 30
In general, as you can see, the competition was attended by aircraft that did not differ much from each other in terms of clumsiness and heaviness. Well, the beauty and grace of forms too.

By comparison, the TB-1, born in 1925, had roughly the same characteristics. Only TB-1 and Amio 143 were separated by almost 6 years. 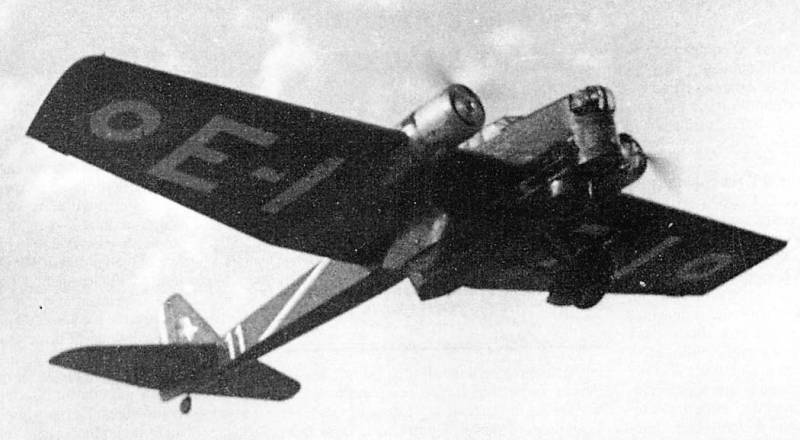 While some were fighting the engines, others were remaking the fuselage. It turned out that the big drawback of the vehicle is the inability to effectively use the machine guns for the crew due to the tightness. A passage was made between the front and rear cabins, for this the lower part of the fuselage was increased, the bomb compartment was moved to the left. At the same time, the cab glazing area was increased to improve visibility.

The crew consisted of five people: the commander, the co-pilot, he is the navigator, the bow gunner, the radio operator, he is the lower gunner and the upper gunner. 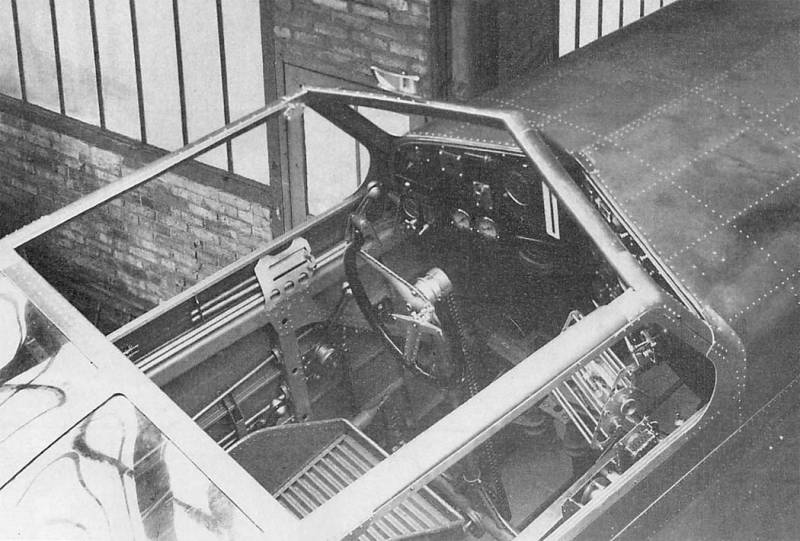 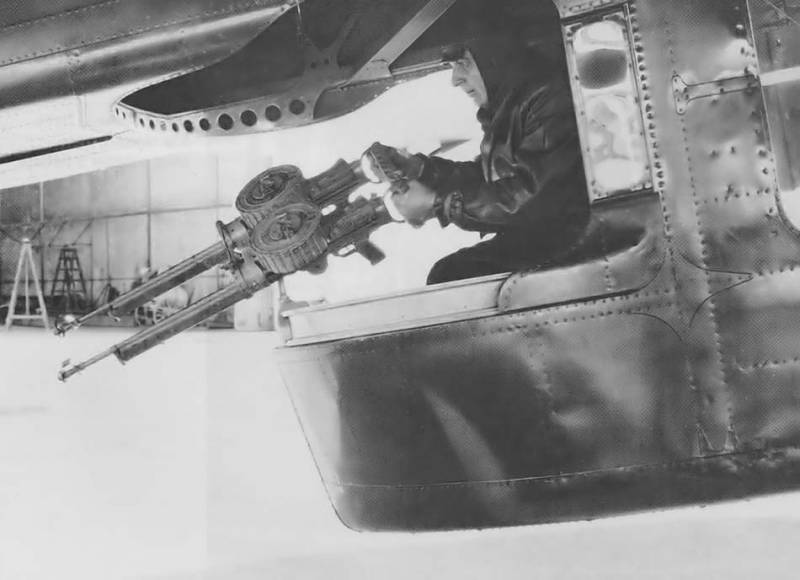 Coaxial machine guns in the rear firing point
The updated aircraft began a test program in August 1934. Obviously, no one was in a hurry with the introduction of new technology. In April 1935, a state order was issued for 73 bombers, but by that time the assembly was already underway, so the first aircraft left the workshops in the same April 1935. Seven years after the start of work.

If we talk about competitors, then in the same 1935 the SB appeared in the USSR, and in Germany - the Dornier Do.17 and the Heinkel He.111 was already tested, and in the USA it already flew on tests of the B-17 forerunner, Boeing "B-229. The planes are of a slightly different plan than the "new" French bomber.

The French aviation department understood that the Amyot 143 was outdated, not having time to appear in the units. Therefore, they decided to reclassify from the original "reconnaissance bomber-attack aircraft" to a regular night bomber. Although the Amyot company continued to advertise the aircraft as a long-range bomber and long-range reconnaissance aircraft. 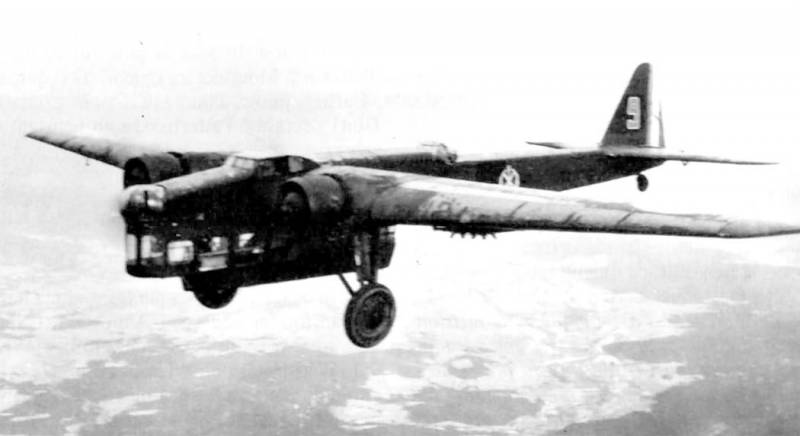 The bomb armament consisted of one LB type S holder for four bombs of 100 or 200 kg, two LB holders for eight vertically stacked bombs of 50 or 10 kg each, or one TGP holder for one 500 kg bomb. Plus under the wings were bomb racks for four bombs of 100 or 200 kg or 24 incendiary bombs weighing 30 kg.
In the meantime, the first order was being fulfilled, the military department placed the second, for another 73 vehicles. And then another 40. The last order was for 25 aircraft, the total number of ordered bombers increased to 178, which was a very good number for France. Amio 143 was produced until the end of 1938. 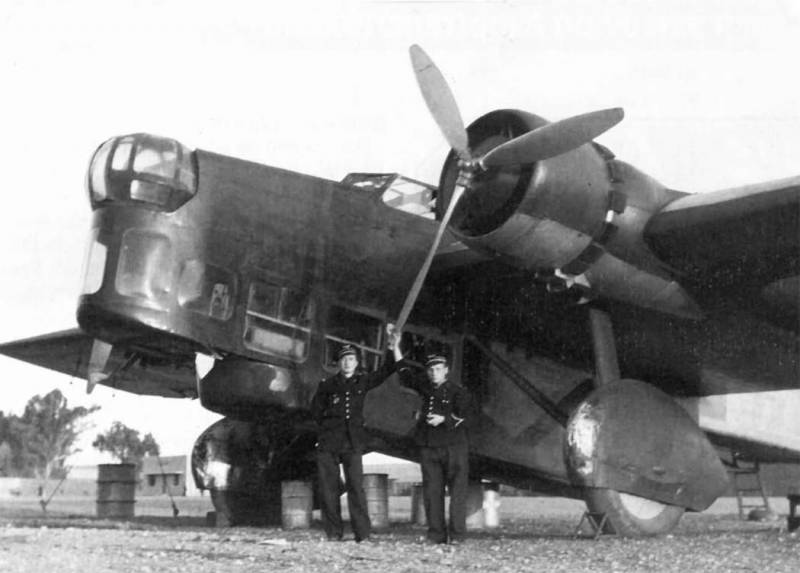 The aircraft began to enter service with aviation units. Two aircraft were received by the so-called "ministerial squadron", where "Amyot" 143 worked as special-purpose transport and passenger aircraft. In October, one of the planes flew 32 km on the Paris-Hanoi-Paris route without accidents or accidents with a cargo of diplomatic mail and embassy staff in Vietnam.

Nevertheless, in 1938, despite the fact that the plane was still being produced at factories, it was gradually changed to the new reconnaissance plane "Block" 131.

A week before the start of the war, the French Air Force had 126 operational bomber "Amyot" 143. 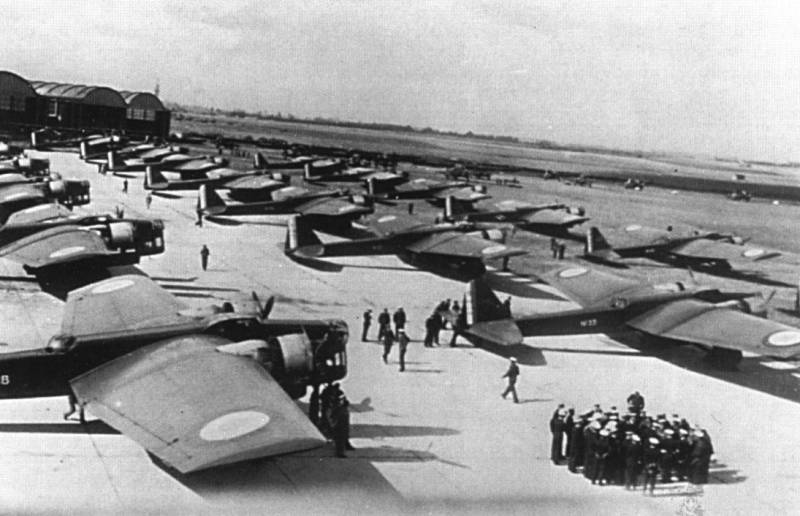 When the war broke out, the Amyos 143 were mostly scouts. Then bombing strikes began, mainly at night.

Amyot 143 of the 9th Aviation Regiment dropped 153 kg of bombs on the enemy (mostly at night), losing only 600 aircraft to anti-aircraft fire in 197 sorties. Low losses are explained by the only positive quality of "Amyot" 4 in my opinion - its very good survivability. But even she could not compensate for the very low flight speed and insufficient maneuverability of the machine. 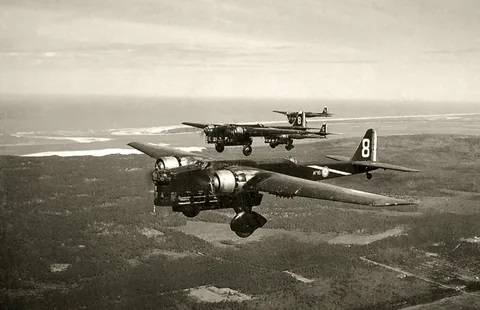 It turned out in a peculiar way: the slow and clumsy bomber had every chance to fight off enemy fighters, because its defensive machine guns had very good firing sectors, and the MAC 1934 machine gun was quite reliable and rapid-fire weapons... But the anti-aircraft artillery easily shot down the Amyot 143.

All that remained was to use these planes at night. And yes, it turned out very, very well. "Amyot" 143 flew for reconnaissance, poured bombs on the positions of the Germans, the planes were exploited quite actively. Mostly because there was nothing else decent in such quantities in the French Air Force.

Surprisingly, after 10 months of fighting, fewer than 50 aircraft were lost. This includes those that were abandoned on airfields during retreats. At the end of the war (for France), Amyot 143 began to be transferred to transport aircraft, but before that Amyot 143 had fought in Europe, Syria, and North Africa. 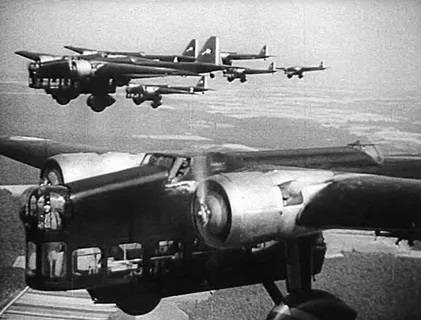 The last sorties "Amyot" 143 made as part of the transport group GTI / 36, which participated in Operation Torch and in the Tunisian campaign until mid-1943. And occasionally "AMio" 143 were used until the beginning of 1944, after which they were nevertheless completely withdrawn from the Air Force and sent for scrap.

Seriously though, the combat career of "Amyot" 143 did not work out at all. However, if you start looking for an aircraft that is also outdated by the time it was put into service, you will have to try very hard. Or maybe it won't work at all.

"Amyot" 143 was created according to the universal assignment of a multipurpose aircraft, but by the time it was put into service, it could not perform work on any of the profiles included in the project. Therefore, all that he was good for was night bomb strikes and work as a transport plane.

And this is in France, in fact, the ancestor of aviation. Why this happened is perhaps worth considering in the near future. Why did the planes, which could quite decently participate in the war, hardly appear in the air? But there were plenty of such flying horrors like "Amyot" 143.

However, this is really a different story.

A total of 146 Amio aircraft were manufactured 143