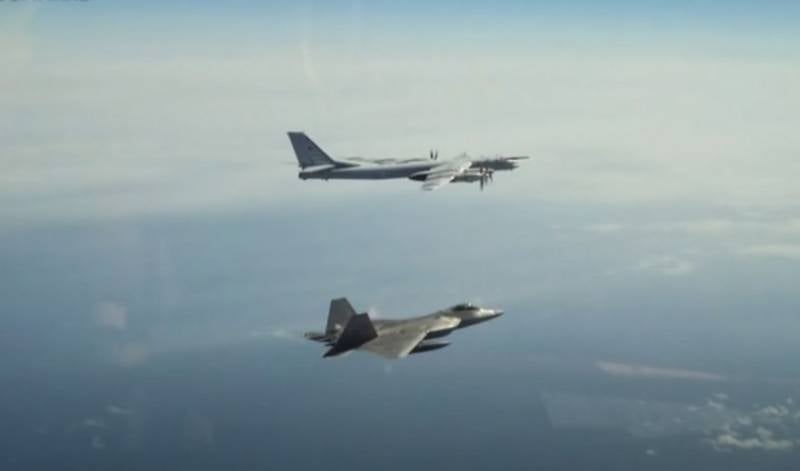 Russian Aerospace Forces have significantly increased the number of flights aviation close to US airspace, requiring a response from the US Air Force. Popular Mechanics writes about it.


The US Air Force Command says about the increased activity of Russian aviation off the coast of Alaska, which leads to "tension" of the crews of American combat aircraft, forced to take off to "intercept" Russian aircraft. At the same time, it is emphasized that although Russian aircraft enter the US air defense identification zone, they do not violate US airspace. According to the Air Force, the Russian Aerospace Forces are constantly sending strategic bombers Tu-95 "Bear", anti-submarine Il-38 aircraft and Su-35S fighters to the US coast. 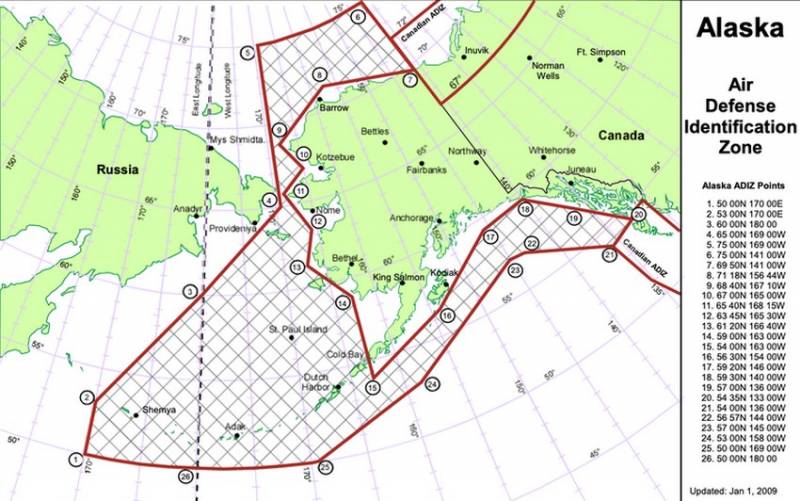 US Air Defense Identification Zone
At the same time, they say in the command, although the American Air Force has to lift its aircraft up to 60 times, this cannot be compared with the Air Force of the Japanese Self-Defense Forces, which took off 2019 times in 947 alone. If the United States is "concerned" only with Russian aircraft, then the Japanese border, except for Russian ones, is "probed" by the Air Forces of China, South Korea, and, possibly, the DPRK.
Ctrl Enter
Noticed oshЫbku Highlight text and press. Ctrl + Enter
We are
Reports from the militia of New Russia for 27-28 September 2014 of the yearYuri Drozdov: Russia prepared the role of the sacrificial calf
Military Reviewin Yandex News
Military Reviewin Google News
25 comments
Information
Dear reader, to leave comments on the publication, you must sign in.