Libel law: will repression begin in the DPR 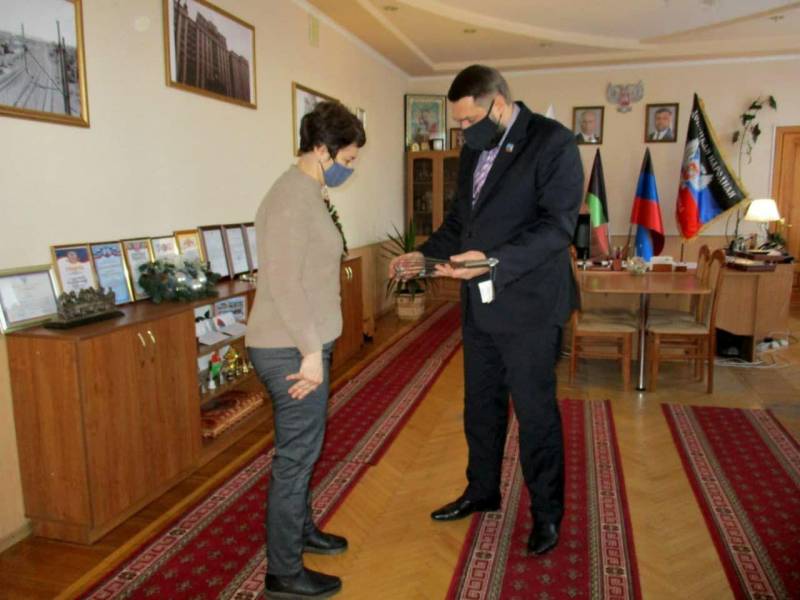 We will answer for the "bazaar"

Article 132 of the Criminal Code of the DPR as amended mercilessly punishes the dissemination of deliberately false information, discrediting the honor and dignity of another person or undermining his reputation. From now on, such actions will be punished with a fine of up to 500 thousand rubles or compulsory labor for up to 160 hours. If the slander turns out to be on the Internet or in the media, then the punishment will be even tougher - up to a million rubles in a fine or a sanction in the amount of income for the last year. Alternatively, 240 hours of community service. If the culprit used his official position, the fine will be doubled (or the term of work will increase to 320 hours). In the presence of other aggravating circumstances, the amount of the fine may increase to 5 million rubles or up to 480 hours of forced labor.

It is clear that for the residents of Donetsk these amounts are incredible. However, it is extremely doubtful that ordinary people will be involved under this article - most likely, even if the fact of public slander of citizen "A" against citizen "B" is obvious, it is highly doubtful that law enforcement and judicial authorities will seriously engage in such a case. The amendments to the law are hardly made as a concern for ordinary citizens. Or rather, as a defensive reaction of the republican authorities to a flurry of fair (and not so) criticism on the Internet. The whole question is how wisely the authorities will use the notorious article 132 of the DPR Criminal Code.

To some extent, the need for such a norm has long been ripe. For some reason, the local opposition believed in its own right to make unfounded accusations against those in power and just public figures. They also do not hesitate to make serious statements based on some dubious documents or self-made "insiders". It is clear that this practice goes beyond constructive criticism and must be suppressed. In the end, no one canceled the standard rules and norms of the same journalistic activity, which presuppose a ban on value judgments, rudeness and unsubstantiated accusations.

At the same time, there are well-founded fears about possible "excesses" when using this legislative norm. Take at least a recent anecdote when the mayor of Debaltsevo, Igor Zakharevich, either presented or handed over a kitchen whisk to the head of one of the kindergartens. Moreover, this epic action was captured on camera and instantly appeared on social networks with a very well-behaved comment:

“Caring for children is the most important guarantor for the existence of any state and I want to pay as much attention as possible to the younger generation. Today he has replenished the material and technical base of the Municipal Preschool Educational Institution "Nursery Garden No. 5" Ladushki "and presented a gift that is necessary for cooking."

After an avalanche of ridicule, the official began to assert that the “gift” was not his - he simply handed it over from some anonymous benefactors, and all who claim that he is doing such a stupid PR are slanderers. Could Zakharevich, in this or a similar situation, sue someone for libel? Judging by the fact of "transfer" or "donation" of kitchen utensils - quite. Moreover, the court with a high degree of probability will defend the interests of the official, and not the ridiculers from the Internet.

In general, there is some doubt that the law will act exclusively for the good.

Will everyone sit down?

It is clear that any scribe can be "zeroed" without unnecessary problems - there is practice. However, the libel law allows you to do this more gracefully and even humanely - after all, hundreds of hours of community service is disgusting, but not fatal. Therefore, there are well-founded fears that in the near future it will be widely used, and any criticism will be called slander. However, let's not get ahead of ourselves, savoring the future offensive on freedom of speech. First, it remains to be seen whether the “senior comrades” will seriously allow the flywheel of repression to be shaken. Secondly, there is a small chance that the Donetsk opposition and the blogosphere will nevertheless grow wiser and learn to observe polity. Still, individual characters allow themselves too much. And sometimes these attacks are too consonant with Ukrainian propaganda.

At the same time, it is unbearably regrettable that Donetsk officials, protecting their own skin from criticism, are not even a bit concerned about the dominance of Ukrainian propaganda in the networks. To date, there are dozens of publics (including those that evil tongues associate with the Ministry of Information or pro-government social movements) that publish explicit pro-Ukrainian propaganda or provide Ukrainian commentators with the opportunity to wholeheartedly fire the republics, the government, and their population. Many of them are actively publishing "stuff" from Ukrainian trolls (probably not for free). They leak internal documents or compromising evidence on some opponents of their bosses, etc. And, unfortunately, no one is dealing with this problem.

That is, the emotional comfort of officials in the DPR today is more important than information security and the identification of enemy propagandists and those who sympathize with them? The approach is extremely controversial, you must agree.