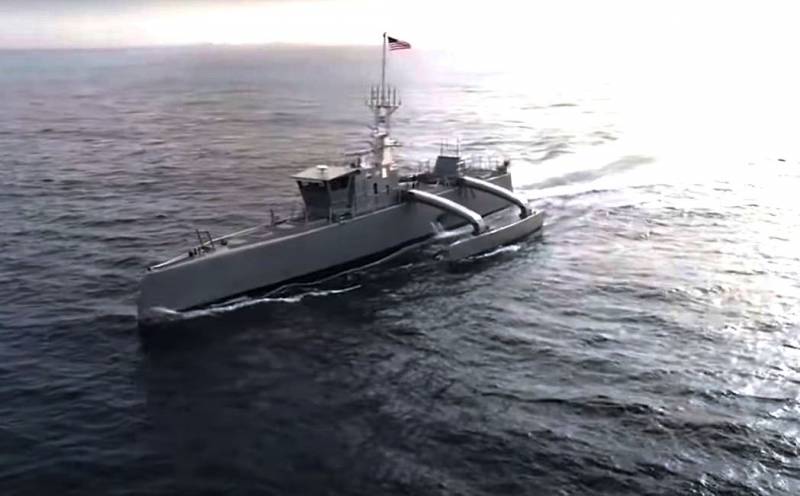 Three words: the barge-robot-missile, and the US Navy will have the best option to increase its missile power at a minimum cost. Forbes author David Ax is convinced of this. He believes that instead of building an expensive manned ship that could cost the federal budget about a billion dollars, a cheap unmanned ship could be developed that would be nothing more than a floating platform to house missile blocks.

The missile barges would be able to enter the war zone with the help of auxiliary vessels that would tow them. Once out to sea, they would be connected to a network of manned and unmanned ships currently being developed by the naval forces. At the same time, as the author writes, a variant of “rocket barges” with the function of their own motion at low speeds - for maneuvering, can be considered.

Targets for missile strikes will be determined from other ships, which will have operators controlling the fire. Dozens of rockets can be fired at the push of a button. And this will not require those colossal sums that would have to be spent on the construction of missile ships and on their manning with crews. If such a barge had been hit by the enemy, then it would have been possible to avoid the human casualties inevitable in the event of a strike on a ship with a crew.

As David Ax writes, the proposed concept of the "rocket barge" is not such a new idea: back in the 1990s, the US Navy developed a plan for an "arsenal ship", which, although it was supposed to be manned, was essentially perform the same functions as a robotic missile barge, namely to carry hundreds of missiles at a minimal cost.

However, in the 1990s, such a ship never left the drawings of American designers. But more than a decade later, their projects have inspired a new initiative - the modernization of four old ballistic missile submarines into cruise missile carriers. 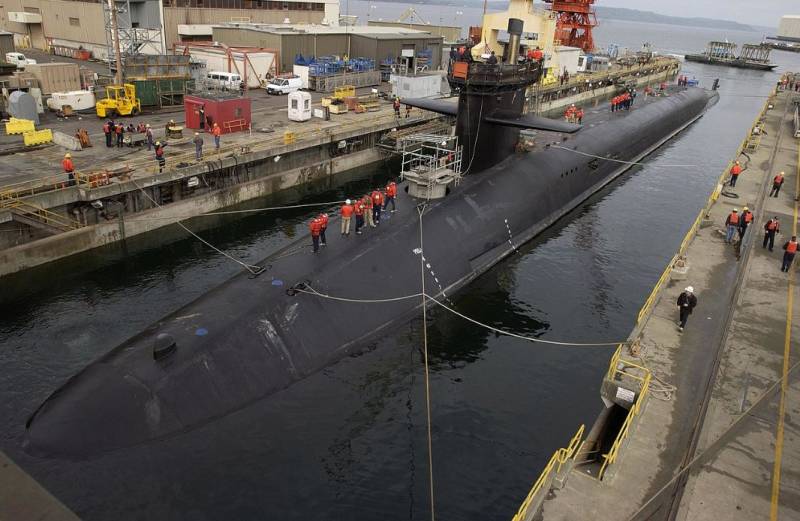 Submarine USS Michigan. Photo: Wikipedia / US Navy photo by Brian Nokell
At present, the most armed ships of the US Navy are precisely submarines with cruise missiles, each of which is capable of carrying XNUMX Tomahawk missiles.

But there is one serious problem - all four submarines with cruise missiles are about 40 years old. They are able to withstand only a certain number of dives, and nuclear reactors used on submarines are not eternal. The US Navy expects to decommission all submarines of this type between 2026 and 2028.

The consequence of the "retirement" of missile submarines, together with the parallel decommissioning of 22 obsolete ships, would reduce by one-fifth the capabilities of the American fleet on the placement of missile blocks. Currently, about 300 US Navy ships have a combined total of approximately 10 missile assemblies. This is much more than the fleet of any other country. So, the Chinese Navy has only 000 blocks, that is, three times less. However, by 3300, the missile power of the American fleet may be reduced to 2030 blocks, and the power of the Chinese fleet will only grow, given the ambitious plans of Chinese President Xi Jinping. 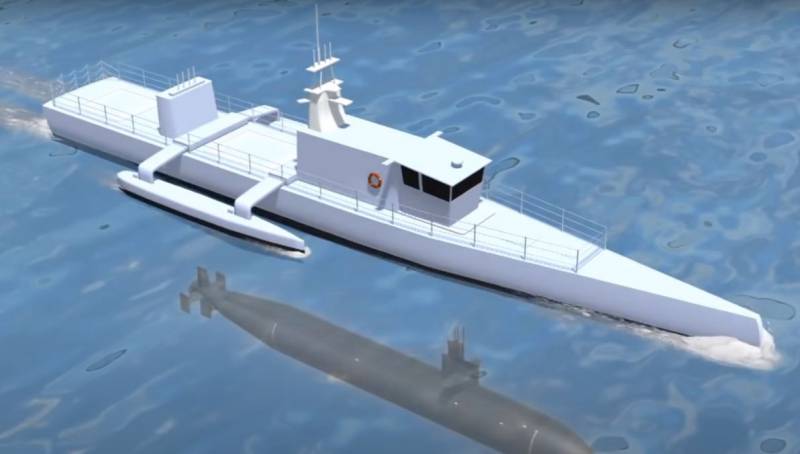 Sea Hunter, unmanned ship
David Ax writes that the way out of this situation could be the construction of new destroyers, frigates and submarines. However, the construction of just one destroyer costs about $ 2 billion, and another $ 80 million a year requires its operation. The creation of new missile units, meanwhile, does not at all imply the need to build new destroyers, says another military expert, Eric Wertheim.

But even these ships, according to the Western author, can be too expensive and difficult to quickly install missile units. Therefore, a much more correct solution would be to build simple vessels such as barges to accommodate missile units on them. These rocket barges can be disposable, but carry many missiles. Their appearance in the US Navy would definitely increase the firepower of the US Navy and its combat capabilities.

Ctrl Enter
Noticed oshЫbku Highlight text and press. Ctrl + Enter
We are
Reports from the militia of New Russia for 27-28 September 2014 of the yearRussia is taken to the Golden Billion
Military Reviewin Yandex News
Military Reviewin Google News
117 comments
Information
Dear reader, to leave comments on the publication, you must sign in.