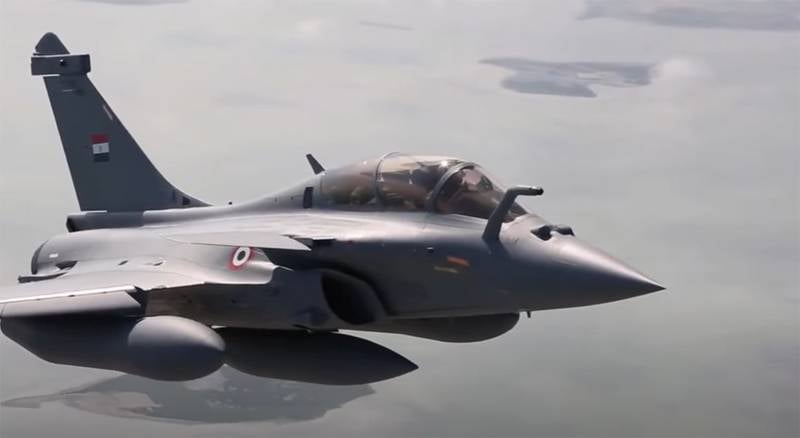 The deal will be financed by a 10-year loan.
Based on the parameters of the Egyptian-French contract, we can conclude that each of the French fighters purchased by Cairo will cost the Treasury $ 150 million. This is about $ 70 million cheaper than the same Rafale fighters for India. And this despite the fact that the cost of the contract, as well as in the case of India, includes weapons and additional training of flight and technical personnel.

At the same time, $ 150 million for a 4th generation fighter is more than an impressive amount, especially if we proceed from the fact that, for example, the American fifth generation F-35 fighter at the moment already costs significantly less (albeit without taking into account the necessary updates onboard software).

The Egyptian press indicates that the country is improving its military Aviation... Columnist Mohamed Samir recalls that in 2018 Cairo and Moscow signed an agreement for the supply of Russian-made fighters. The Su-35 and MiG-35 aircraft are mentioned. At the same time, the Egyptian media note that Russian fighters of the 4 ++ generation cost the country's budget much cheaper than the French Rafali.

At the same time, attention is drawn to the significant difference in the price of Rafale for different buyers. For Cairo and New Delhi, this difference is equal to the price of a modern fighter jet. This gives the experts a reason to say that this kind of "spread" of prices may be associated not with the technical parameters of the aircraft themselves, but with a corruption component.
Ctrl Enter
Noticed oshЫbku Highlight text and press. Ctrl + Enter
We are
December 2010 years. Russian March. Senseless and merciless? Notes not a Russian personInterview of Vladimir Putin with Radio Europe-1 and TF1
Military Reviewin Yandex News
Military Reviewin Google News
54 comments
Ad