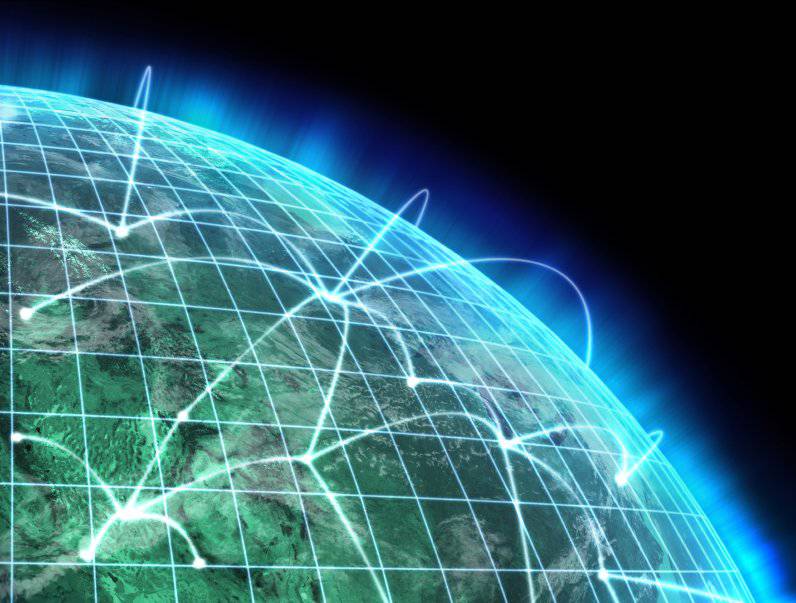 Scientific and technical progress has allowed humanity to move to a new qualitative level of its development. In the world everything is balanced: life and death, yin and yang, cold and hot, peace and war. So, technical progress contributed to the creation of cyberspace, in which bloodless but deadly military operations could take place. Computer confrontation in the space of the world wide web - the Internet, has received the name of cyberwar. The actions involved in this war are aimed at destabilizing the work of computer systems and access to Internet resources of state and non-state institutions, financial and political centers, business entities, etc. Such actions may well cause chaos, unrest and acts of vandalism. Now a group of specialists (or even a loner) can, with the help of technical and informational means, cause irreparable harm to the military, economic, technological, political and information security of any state. Therefore, most of the actions carried out by the parties in cyber war affect intergovernmental relations and can lead to political confrontation. One of the American economic journals says that cyberwar is the same area of ​​war as space, air, sea, or earth. The fact that Washington is serious about computer confrontation is evidenced by the fact that a US military cyber command unit has been created.

Experts have identified the types of Internet cyber attacks:
Vandalism - changing the content of Internet pages with the replacement of the original material to an offensive or propaganda nature;
Propaganda - Using Internet resources, propaganda materials are sent;
Collection of information - hacking of private pages in order to steal information (mostly of a closed nature) or replace it with false one;
Service failure - simultaneous actions from different computers against a site or a specific computer system in order to disrupt its operation;
Intervention in the work of computer equipment - the impact through the Internet on civilian and military equipment, leading to its breakdown;
Attacks on infrastructure computer resources leads to disruption in the operation of equipment that ensures the vital activity of cities, to communication failure, to failure in the operation of housing and utilities systems, transport structure, etc .;
Cyberterrorism - This is when a nuclear facility fails with a network attack, or a massive uncontrolled dumping of a huge mass of water by a dam occurs, or the airport is disrupted, causing airplanes to collide.

All objects of cyber attacks have one common feature - they operate using software that is exposed to malicious programs (viruses). The result may be effects comparable to the effects of weapons.

And although cyberwar has not acquired a large-scale nature, the losses from its management are already obvious.

One of the objects of this war was the Bushehr nuclear power plant. As a result of a cyber attack, the NPP reactor was damaged. The world community, concerned about the threat of a possible nuclear catastrophe, takes maximum effort to learn about the real state of Tehran’s nuclear facility. The virus was intentionally entered into the computer system of the nuclear power plant, and as a result, the Iranian nuclear program was suspended. It is not excluded that the malware was developed and introduced into the network of nuclear power plants with the help of the relevant units of the United States or Israel, which are concerned about the implementation of Iran’s nuclear program.

Another result of cyber war is the public disclosure of classified information on the Wikileaks page. At first, the world public learned secret information about the US military actions against Iraq and Afghanistan, and then a correspondence of diplomats was posted on the site. These publications have caused significant damage to the reputation of the United States.

The surprise of the public access of such sensitive information prompted the United States to conduct a cyber warfare training, which the Bipartisan Policy Center implemented in 2010. Artificially creating a massive hacker attack using 230 computers, the experimenters realized that America’s nuclear arsenal and conventional weapons were defenseless against cyber attacks. Participants in a training attack easily managed to disrupt the country's energy supply and communications, including mobile. It became clear that cyberwar is an effective and cheap way to disable any object in the country. And the more advanced technical means are at the disposal of the state, the more vulnerable it is for outsiders to cyber intrusion.

US military experts believe that only military cyberspace has opponents equal in strength. The first among opponents is China, which constantly carries out cyber attacks on the resources of the US Department of Defense. The second is called Russia, which is suspected by American specialists of cyber attacks on computerized Estonia in 2007 (as a result, the work of Estonian government and commercial structures was paralyzed for several days).

Americans are particularly worried about the activity with which China has been putting constant pressure on the US Internet networks for ten years now. The goal is to gain access to documents, the substitution or theft of them.

Computer systems in the United States are also under attack during military-political crises. For example, a cyber attack on the American network occurred in 1999 year after the Americans bombed the Chinese Embassy in Belgrade. The next cyber attack was organized in 2001 after landing an American reconnaissance aircraft on Chinese territory after a collision with a fighter. A month later, the Celestial hackers, by their actions, turned off the White House website for three hours.

Chinese cyber warriors and the Pentagon system did not go unnoticed. The massive attack on US Department of Defense resources in 2003 even got its code name - Titan Rain. Washington really realizes the strategic threat to the country from the actions of opponents in cyberspace.

China, as always, thoroughly approached the issue of creating warriors for cyberwar. Across the country, searching for talented programmers and hackers. In China, as part of the selection of the necessary personnel, exercises are being conducted on attacks and defenses of computer networks among the country's youth. Not surprisingly, there are strong hacker groups in China that are funded by the military. For example, the Chinese group NCPH has created more 30 programs that use the spaces in the Microsoft Office suite - this allows you to inject virus routines into your system that allow you to remotely control infected computers, copy the necessary documents and send them to the correct address. It is on this group’s account that several thousand important documents are being transferred from the US state networks. And, most likely, China has hundreds of such units operating in the interests of the special services of their country.

It is not a secret for anyone that many military units of different countries plan to conduct not only normal, but also cyber warfare. Moreover, actions of both offensive and defensive plans are mandatory. These Internet attacks can be a type of “denial of service” or secret penetration into military control networks; Trojans can also be used to intercept necessary information and create chaos in enemy networks.

Cyber ​​warfare can take partisan form — an attack is carried out by a small, well-trained group of specialists. The significant effectiveness of the cyber attack is due to the fact that the strikes are carried out unexpectedly and no one knows where.

The US authorities have launched a new project (Plan X), which allows creating tools that will ensure the "dominance" of the country in cyberspace and carry out cyber attacks on the resources of other states.

In turn, the Russian company discovered a new malicious program on the resources of the Middle East, which can be attributed to cyber weapons, since it had spy functionality and was aimed at stealing financial information. New Trojan called Gauss.

And the United States, under the pretext of fighting cyber-terrorism, proposes to combine the efforts of the best hackers on the planet. Presidential Advisor D. Arkilla noted that Russian specialists would be invited first.

Advances in the creation and use of the latest cyber technologies bring great benefits to all mankind. I would like to believe that the human mind will not allow the peoples of the world to be involved in cyber war.