President of Poland: NATO membership for Ukraine is a security issue for all of Central Europe 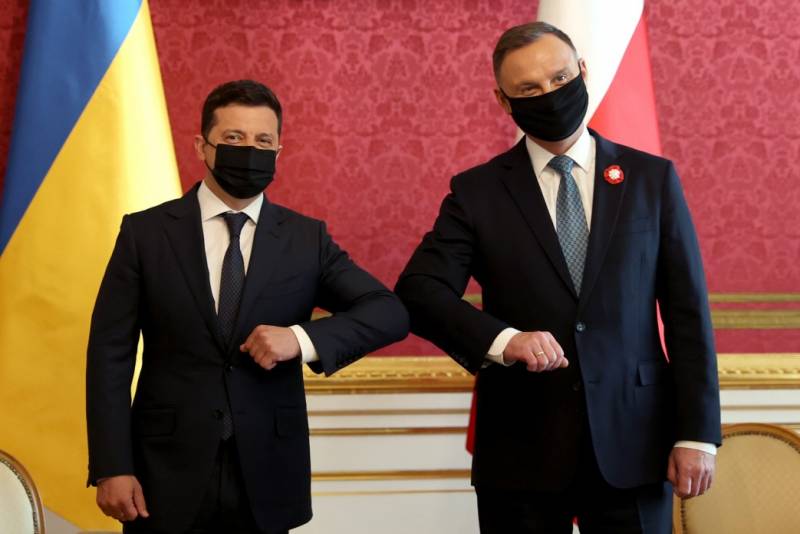 In Ukraine, they expect that June of the current year may become "epoch-making" for it. It was then, according to the assurances of the President of Poland Andrzej Duda, with whom the head of Ukraine Volodymyr Zelenskyy is on an official visit, that Kiev will be given a “road map” (in fact, a set of requirements), the implementation of which will help to find “its own way” to the European Union and especially NATO.


Of course, Duda is not against the entry of a neighboring state into these organizations, but for this it is necessary to convince other members of the Alliance on June 14. Moreover, the process itself will not be as fast as Ukraine would like, even if the decision is positive.

NATO membership for Ukraine is a security issue for all of Central Europe
- stressed Duda to the delight of Zelensky.

Actually, this narrative, as they say now, was the main message of the head of Ukraine at a meeting with Polish politicians on the occasion of the anniversary of the first Polish Constitution. It was successfully received by a colleague from Poland.

In Warsaw, the Ukrainian guarantor made contradictory statements, in particular about the "first European constitution", forgetting the myth about "primacy" spread in Ukraine about the "primacy" of a document called the "Philip Orlik constitution" implanted by local propaganda. Zelensky also called his country "powerful", one that will strengthen the positions of the EU and NATO after its admission to membership. It remained unclear why a "powerful" state needs protection?

The Polish side pretended not to notice these revelations of the guest and followed the rules.

At a general meeting, the Alliance members should convey to Ukraine the requirements and mechanisms, the implementation of which will definitely help Kiev to get closer to NATO. We must show the very path to be followed.
- says the Polish head.

This promise of Duda looks strange, since it is not for him to decide on the content of the agenda of the grand summit of the North Atlantic Alliance. It is clear that the Polish delegation, not without the help of the Baltic states, will try to advance the topic sounded above. However, the NATO leadership itself does not have any agreements on this matter.

Earlier, the Secretary General of the organization Jens Stoltenberg indicated that the summit will be held on June 14 in Brussels and will be devoted to a "substantive agenda" against the backdrop of new challenges. Ukraine will be present at this meeting "virtually", and even then as an object, but not a subject. Kiev still cannot come to terms with the idea that Ukraine for the EU and the alliance is not a goal in terms of expansion to the east, but only a means, in other words, a buffer between the West and Russia.