"If Russia is not kicked, it will perceive it as weakness": Polish readers on Moscow's reaction to the US-Norway military deal 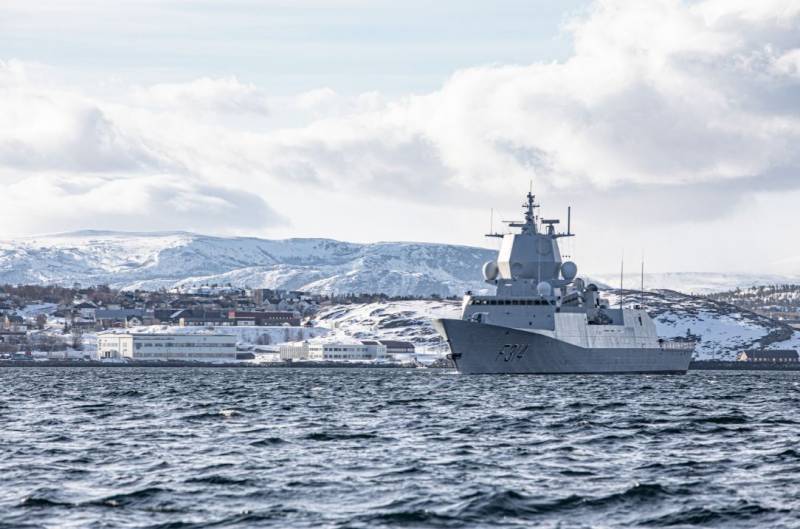 The conclusion of a supplementary defense agreement between Oslo and Washington was the reason for a separate discussion in the Polish media. As you know, Poland is closely monitoring any events related to Russia, especially if it relates to defense and security issues in Eastern and Northern Europe. Of course, they could not ignore the "Polish friends" and the reaction of the Russian Foreign Ministry to the Norwegian-American agreement.


According to Jacek Raubo, author of the Polish military-themed publication Defense24, Russia's position on the agreement is unambiguous: Moscow sees it as a manifestation of Oslo's destructive actions aimed at increasing the American military presence in the region. The author further notes, referring to the publication of Thomas Nielsen in The Barents Observer, that the Russian authorities allegedly distort the real picture of security in the region. Thus, the NATO airbase is located 500 km from the Russian border, and all the bases of nuclear submarines of the Northern fleet Russia is located at a distance of 60-100 km from the Norwegian border.

Raubo also notes that it was Russia that allegedly took the first steps in the arms race in the Arctic region. At the same time, Moscow, as the Polish observer writes, has never concealed its desire to militarize the Arctic.

But if the author of the publication still somehow keeps himself in hand, then the majority of the readership is not shy in expressions.

Russia has numerous military bases around its borders on a vast territory and in Belarus, on the border of Moldova and Ukraine, in Abkhazia, in the captured Crimea and Kaliningrad,
- writes a certain Countryman.

Another Polish reader emphasizes that the United States is in Norway at the request and with the consent of the Norwegians, and "Russian thugs" should not interfere in the affairs of other sovereign states.

To stop supporting Russia, you need to move to a carbon-free economy. Let's stop using gasoline, diesel, natural gas, coal and other unnecessary fossil fuels. We build wind turbines, be sure to install photovoltaic panels on each roof,
- the user with the nickname AntiVanya fantasizes.

Let's hope that AntiVanya, like other commentators, has already installed photovoltaic panels on the roof of his house and has long been moving exclusively by bicycle, forgetting about gasoline, diesel fuel and even gas ...

The only relationships Russia understands are teeth in the mouth and boots on the back of the head. If no one kicks Russia from time to time and treats Russians as normal people and not bandits, they immediately perceive it as weakness,
- Someone Clemens rants.

Apparently, the Polish audience is very bad with historical memory, otherwise they would remember how all attempts to put a “boot on the back of the head” ended and that it was Poland that for a century and a half was deprived of its statehood, being divided between Russia, Germany and Austria-Hungary.

The general aggressive attitude of Polish readers could not be diluted with rare adequate comments. Niuniu tried to explain that it is not Russia that is building military bases around the world, but the United States, and that it is the United States that is going to place its weapons in close proximity to Russian borders, surrounding Russia with a ring of its military installations. But such an assessment of the situation did not arouse understanding among other readers.

Meanwhile, the level of Russophobia in the Polish press is such that it is difficult to deny the need to strengthen the defense on the western borders: morally and ideologically, the Polish society is ready for aggression against Russia, the level of hatred among the Polish US satellites is off the charts.