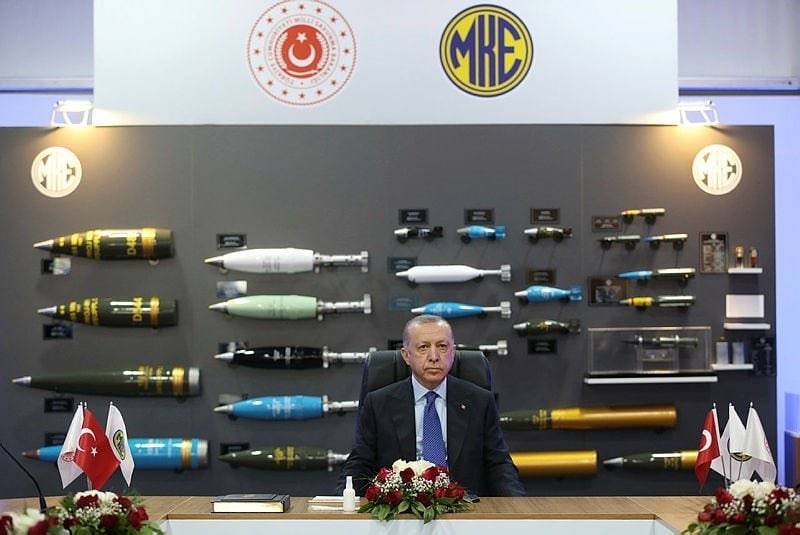 Turkey has completed the construction of a new plant for the production of explosives and ammunition. The opening ceremony was held on April 30 in the presence of Turkish President Recep Tayyip Erdogan.


It is noted that the construction of the plant, located on an area of ​​4 m584, took only 2 months and $ 12 million. The enterprise installed only Turkish equipment, foreign technologies were not used, investments were not attracted.

The Turkish leader, speaking at the opening, stressed that the new enterprise will ensure the production of ammunition, from small arms to artillery calibers. It was about explosives. According to Erdogan, now Turkey will not depend on other countries.

We will no longer depend on anyone for our ammunition, explosives, warheads, missiles and aviation bombs. (...) we, Turkey, have reached the top league in the production of new generation explosives
- he said.

Previously, Turkey imported most of the components for the production of bombs, ammunition, missiles and warheads. The new venture was created as part of the Barutsan venture of the defense company MKEK.
Ctrl Enter
Noticed oshЫbku Highlight text and press. Ctrl + Enter
We are
Reports from the militia of New Russia for 27-28 September 2014 of the yearSummary of the week from voenkor Mag about events in the DNI and LC 14.12.18 - 20.12.18
Military Reviewin Yandex News
Military Reviewin Google News
46 comments
Ad