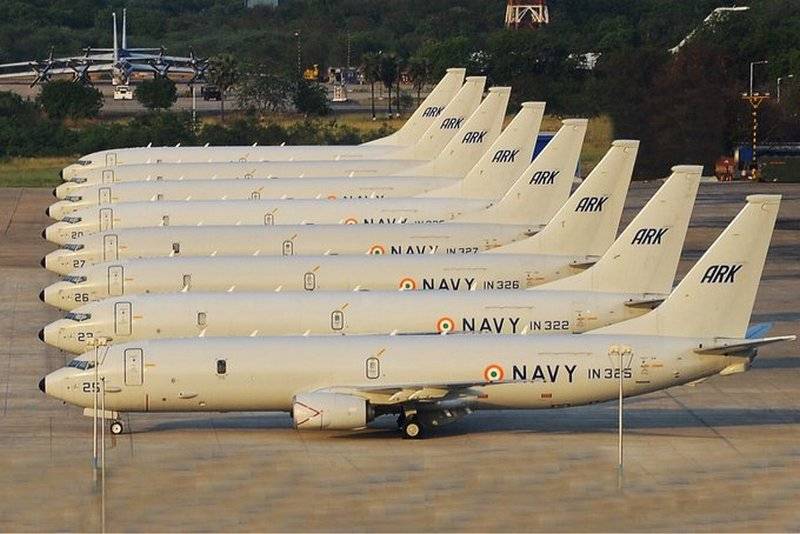 In the near future, the Indian Navy will be replenished with six more base patrol aircraft Boeing P-8I Poseidon (Indian name - Neptune). The sale of aircraft has already been approved by the US State Department.


The planned delivery of six aircraft will take place through the Foreign Military Sales (FMS) program of intergovernmental foreign military sales. The total cost of the delivery will amount to $ 2,42 billion. Armament is not included in the delivery.

Currently, the Indian Navy already has nine P-8I base patrol aircraft, eight of which were received between 2012 and 2015. All of them are part of the 312th Squadron of the Indian Marine aviation... Another is in service with the 315th Naval Aviation Squadron of the Navy, it is the first of four P-8I aircraft ordered in 2016 for delivery by the end of 2022.

In June 2019, the Indian Ministry of Defense approved the acquisition of ten more US base P-8I Neptune patrol aircraft for the Indian Navy, but their number was subsequently reduced to six.