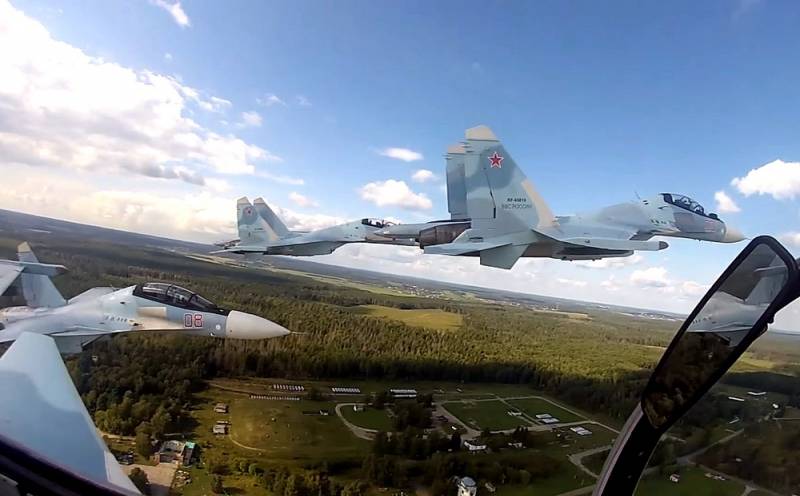 The Russian Su-30SM multipurpose combat fighters will be upgraded to the level of the Su-30SM2; the decision to carry out work has already been made in the Ministry of Defense.


The Su-30SM will be brought up to the level of the Su-30SM2, a decision in principle has already been made. How many fighters will be upgraded is still unknown; the military department is still considering this issue, they report "News" citing a source in the Ministry of Defense. So far, it is known for sure that the modernization should be completed by 2027, and both the Su-30SM from the Aerospace Forces and from the marine aviation Russian Navy.

The modernized Su-30SM2 fighter is maximally unified with the Su-35 fighter. In the course of modernization, combat fighters will receive the AL-41F-1S engine and the Irbis radar, the avionics, electronics will be improved, and the arsenal of weapons will be expanded.

Thus, to the 21 new-built Su-30SM2 fighters, the contract for which was signed last year, an as yet undefined number of modernized Su-30SM2s will be added. According to open data, today the Aerospace Forces and the Navy have about 130 Su-30SM fighters, which have been supplied since 2013. The aircraft is the most numerous in the Russian military aviation.
Ctrl Enter
Noticed oshЫbku Highlight text and press. Ctrl + Enter
We are
The naval aviation of the Russian Navy will be replenished with the latest Su-30SM2 fightersFirst Su-30SM2 powered by AL-41F-1S engine to take off before the end of the year
Military Reviewin Yandex News
Military Reviewin Google News
64 comments
Information
Dear reader, to leave comments on the publication, you must sign in.