Volunteers - submariners of the Spanish War 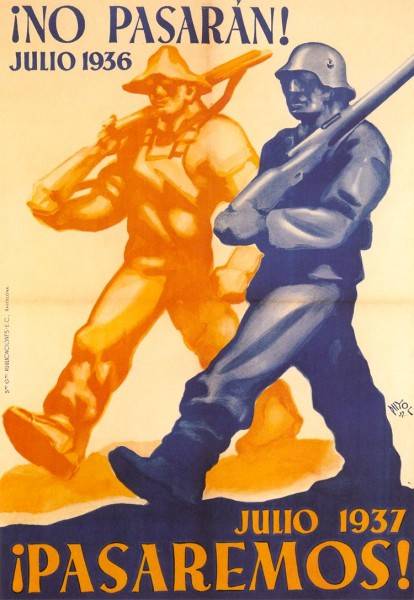 After the outbreak of the Civil War, the Spanish Republican fleet found itself in a difficult situation - having in its composition a sufficient number of ships, it lost most of the officers who supported Franco. And this personnel gap was closed by Soviet specialists - pilots, tankers, sailors ... It is especially worth highlighting the submariners - having received not quite high-quality materiel, crews prone to anarchy and an undeveloped basing system, they, of course, did not perform feats, but they did not drop the honor of the Russian fleet.


All the same, it's worth starting with the materiel - by the time the Soviet submariners arrived, the Republicans had two types of submarines - "B" and "C". The former were poorly combat-ready and needed medium repairs, while the latter, built between 1923 and 1928, had to bear the brunt of the war. The boats were not bad in terms of purely paper characteristics, the Germans helped in their design, but the quality of the Spanish construction, multiplied by stable torpedoes that did not fire, spoiled the whole thing, and there were only four of them. For more than a year they were commanded by Soviet commanders, under Spanish names, of course. They were to become famous in the Great Patriotic War in four years. 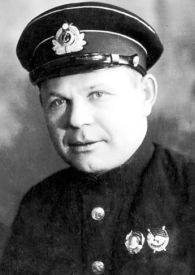 Received the C6 submarine in February 1936. The son of a trade agent, a participant in the Civil War in the ChON units, he joined the fleet in 1923, after a party school, by 1934 he became assistant commander of the L-4 of the Black Sea Fleet. From there he went to war. His first ship was damaged aviation enemy, and in June Burmistrov became the commander of the same type "C1", which attacked the Francoist cruiser "Admiral Server" in the Gijon area. It was not possible to achieve hits, since the Italian torpedoes did not stay on course and did not explode on impact. Then Burmistrov climbed to periscope depth and went on the attack on the cruiser, forcing him to retreat. Then there was "C4" and repairs in France, with a breakthrough back through Gibraltar, completely controlled by the Francoists (two attempts of torpedo attacks during the breakthrough failed due to a technical malfunction), participation in mail flights from Valencia to Barcelona and return home already a Hero of the Soviet Union. Captain of the first rank Ivan Burmistrov received a submarine brigade, during the war years he was engaged in the evacuation of Crimean cities, participated in the preparation and landing during the Kerch-Feodosia landing operation, was wounded. Then there were a number of logistical positions, resignation and death in 1962 at the age of 59. Alas, the injury interrupted the career of a capable submariner and a man of considerable personal courage. 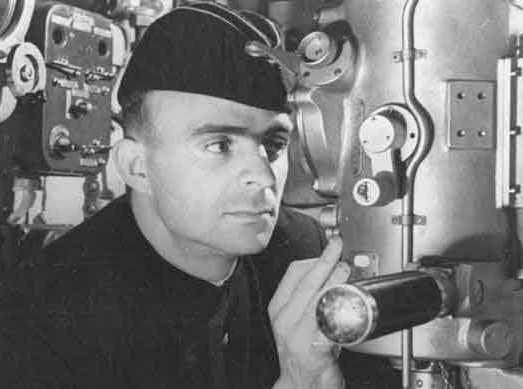 One of the best submariners of the Soviet fleet, a Saratov soldier, he entered the fleet in the Komsomol recruitment only in 1931, and in the command staff - in 1936, after graduating from the V.M. Frunze. First, service in the Baltic, then the Northern Fleet. Lisin was sent to Spain only in 1938, where he became an assistant commander on the C4 and C2 alternately. There were no feats, there was routine combat work - bombing, maneuvering, hiking ... Routine, capable of exhausting anyone, but the school is good.

Lisin's glory was in front, and she came to him along with his first ship - the submarine "C-7" of the Baltic Fleet, which he took upon completion, and the crew of which he personally formed. The boat could have died on June 24, 1941, when two German TKA first gave our call signs, and then attacked the boat with torpedoes and cannon-machine gun fire. An urgent dive saved me. Lisin settled with the Germans at the end of October, when his boat entered Narva Bay and fired at the railway station and the plant on the shore, firing about a hundred shells.

Real glory came to Leon in 1942 - on July 9 the convoy was attacked, the Swedish transport "Margareta" was sunk, on July 11 - the Swedish transport "Luleå" with a load of ore for Germany, on July 19 - the German transport "Ellen Larsen" was damaged by artillery fire, was forced to throw stranded, 30 July - transport "Kate" sunk, 5 August - Finnish transport, sunk by artillery fire, was added to the account. Home "S-7" returned after running out of supplies. Balance - 4 sunk and one damaged transport, all in convoys, all with security counterattacks. This is not Marinesco with his "attack of the century", this is Lisin with two minefield breakthroughs, aircraft and TFR attacks, and courage beyond the realm of possibility. But the next campaign was unlucky - on October 21, 1942, the S-7 was torpedoed by a Finnish submarine, following on the surface. Four submariners who were on the bridge survived, among them Lisin.

In captivity, he behaved with dignity, without giving away any secrets:

"As an interrogated, he was the most difficult one who visited us during the whole war ... We called him Kettunen (from Kettu -" fox "), which was the translation of his surname into Finnish and reflected his character traits."
After the war - commander of the submarine division in Port Arthur. Hero of the Soviet Union, as he learned about in captivity. He lived until 1992. The Finnish submariner was instantly promoted for the sinking of the S-7, and Sergei Prokofievich himself was considered the most important prisoner in Finland. If it happened differently, and Sergio Leon could go far, but ... 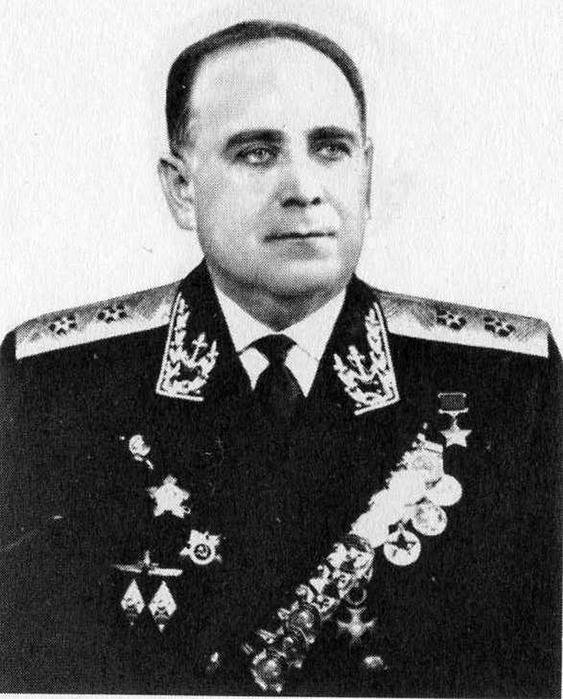 Nikolaev locksmith at a shipyard was sent by the Komsomol to the fleet and from 1931 in the command staff. He became famous back in 1936, commanding the submarine "Shch-117" of the Pacific Fleet. His ship spent a forty-day voyage, of which 340 hours under water, he is also a pioneer of ice navigation in the Pacific Ocean. The entire crew was awarded orders. In the summer of 1937, he arrived in Spain, where he took the boat "C6", on account of his attack on the Franco cruiser, the export of valuables from Santander under the fire of the phalangists, according to some sources - the sinking of the canboat.

Then there was "C2", which Egyptko ... hijacked. The boat was being repaired in France, the government was preparing its internment, on the ship itself there were attempts to sabotage and bribe the crew by the Francoists, the anarchists constantly sabotaged the work ... a conditionally serviceable ship with a dubious crew. Homeland appreciated - appreciated the Star of the Hero and the rank of captain of the first rank. Then there was the command of submarine brigades in the Black Sea and the Baltic, the Soviet-Finnish and the Great Patriotic War. He took part in the Tallinn passage on the S-5 submarine, was thrown overboard by a mine explosion and was rescued by a torpedo boat. From October 1941 - in England, aboard the battleship "Duke of York" participated in escorting the convoy "PQ-17". He retired as vice admiral, died in 1985.

A typical biography - a Komsomol member from Dnepropetrovsk, far from the sea, received a ticket to the navy, then - a naval school, swimming at the personal request of the young commander, and Spain, where Yegorov in 1938 received "C2". The boat took part in postal campaigns to Barcelona and military exits of the fleet. The young commander gained invaluable experience, which he realized already in the Soviet fleet, having received command of the 17th submarine division of the Baltic Fleet. He met the war as the commander of the 4th division, Tributs characterized him:

"Alive as mercury" always had "fresh thoughts" and after careful weighing ... he boldly applied them in practice. Some of his colleagues sneered at him. There were many lazy thoughts in the headquarters, and Yegorov reasonably took the risk. As head of the combat training department of the fleet headquarters, I was convinced that organizational work did not prevent Egorov from improving his knowledge weapons and to deepen general education. "
He defended the idea of ​​"packs of wolves", a breakthrough of 3-4 submarines from the Gulf of Finland and joint actions off the coast of the enemy, which the Germans successfully used during the war, and which we could not establish. Captain of the second rank Yegorov went on a campaign on "Shch-317" on June 9, 1942. On this voyage, our boat sank the Finnish transport "Argo" on June 16, seriously damaged the Danish transport "Orion" - on 19.06, sank the Swedish transport "Ada Gorton" - on 22.06, and on 8.07 sank the German transport "Otto Cords". The boat with all the crew died on the last line of the German minefield on July 18, 1942, just hours before returning home. The fleet lost a brilliant practitioner and theorist, whose career was launched by Spain.

Muscovite, Komsomol recruitment, in command personnel since 1932, miner, first in the Black Sea Fleet, then in the Pacific Fleet. He went to war as the commander of the M-21 of the Pacific Fleet. He spent six months in Spain, commanding C1 and C4 there. Nothing particularly heroic, like others, did not do, but in those conditions and with that materiel and people no one would have done it, but received invaluable experience. Further the Black Sea Fleet and the command of submarine divisions. German Yulievich died in 1942 on board the "Shch-212" on a Romanian minefield.

I think the answer to the question is obvious, in addition to helping the Republicans, our fleet received commanders with combat experience, received what is usually paid for in blood and iron, and received it for free. And it is not the fault of our five young commanders that they did not do more - the main thing is that the experience gained and the best practices were not lost, but went to the benefit of the fleet. And forgetting that for many the war did not begin in 1941, but in 1937, is also not worth it, it was there that the first stones were laid in the building of the future Victory.