The party has begun. Europe is at stake 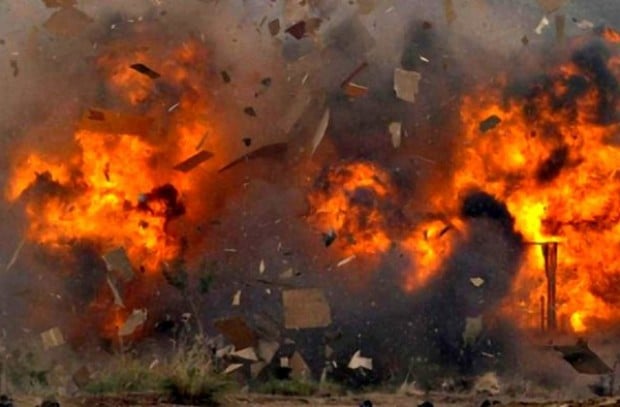 Sergei Lavrov knows something! .. I closely followed his reaction to the next exposure of the Russian special services operating in Europe, right according to the saying about an elephant who foolishly climbed into a china shop. They either poison, or blow up, or attack some important political, economic or other structures. And I realized that he knew something! Well, based on the last words, everything fell into place:

It's good that we haven't killed Archduke Ferdinand yet, but, apparently, this is coming.
Countries that exploded private ammunition depots for Ukraine and Syria are over. Now there is a search for other ways to discredit Russia. Although, on the other hand, after two accusations of the same people for crimes that no one has proven, everything is possible. The microorganisms of European politics really want to do something for their owner to notice.

Okay UK. There, at the genetic level, the memory of the greatness of the British Empire is preserved. The islanders cannot understand that their country is just an island, which has become a refuge for thieves, no, businessmen of a new formation, from former socialist countries. Okay Czech Republic. In addition to vegetables, there are very pretty plants and factories that really produce competitive products. But Bulgaria ... Where a horse with a hoof goes, there is a cancer with a claw ...

And we, and we, too, were blown up and poisoned by the Russians

The investigation established that six Russian citizens were on the territory of Bulgaria at the time when the explosions occurred and when attempts were made to poison three Bulgarian citizens. At the moment, evidence has been collected that allows us to conclude with a high degree of certainty that the purpose of the actions of Russian citizens was to stop the supply of special products to Georgia and Ukraine.
Personally, I get the impression that the scripts were written by the same author. And this author is not a Czech or a Bulgarian. Judging by the horniness, the donkey's obstinacy and the lamb's desire to beat the same gates with his forehead, the author should be looked for far beyond the ocean. Sometimes it is even a pity for the old man Biden, who has such political consultants on Russia.

Even a blind man understands that this attack is not even against Moscow, it is an attack on pro-Russian forces within the EU. The United States will try to deprive us of support in regions where these same forces are still preserved. If you put together the actions of the Americans in Eastern Europe, it becomes very clear what the United States wants.

They play very professionally. Soft power in action. By the way, many still cannot explain exactly how it works not in perspective, but precisely today and now. This happens for one simple reason - the lack of "wide-angle vision" in a fairly large number of people. We see only one side of this very force that is being used at this very moment.

See how elegantly the Americans combine a proportional sanctions regime and ultimatum diplomacy against countries whose governments do not suit them. How dosed they demonstrate military strength and put pressure on presidents. However, those who follow international affairs have seen this very well in relation to North Korea, Iran and Russia quite recently.

Why were the Czechs and Bulgarians chosen? Everything is simple here. The world has long been accustomed to the screams of the Balts, Poles and Ukrainians about the aggressive actions against their states by the Russians. I’m used to the fact that these screams appear situationally and disappear immediately after the situation changes. Europeans are not only accustomed to, but have ceased to pay attention to these groans.

Old Europe? Even though there are pro-American forces there, the Germans, French, Italians, Spaniards and other representatives of this part of Europe have learned to count very well. And not only the cost of a specific product, but also the cost of your own word, your own image. For them, there is the same "red line" in relations with Russia, if they step over it, they will suffer materially.

Great Britain? Yes, the British politicians will forgive me, but the reputation of this country is so “tarnished by the Skripals affair” that even Europeans stop their nose from the smell that comes from British politics. Everyone understands perfectly well that the British prime minister simply has nowhere to stick to, except Washington. From the EU, they proudly "threw themselves out", but it is not possible to conduct international affairs independently.

You can, of course, talk about other Eastern European countries. Like Serbia, Moldova, Croatia and others. But even there the situation for the United States is not very favorable today. Internal squabbles in no way guarantee a clear implementation of Washington's instructions. Although, in the long term, they can be used in the “fishless and cancer-free” option.

Hence the final version of the "work of Bashirov and Petrov" appeared. The English version of the poisoning played in the first act of the play, plus the second Czech act with the explosions of peaceful weapons depots for Syrian terrorists and Ukraine. And the third act: a comprehensive blow to Bulgaria using both the British and Czech variants to increase the effect quantitatively.

I am amazed at the pride with which some of our analysts write about the reaction of President Putin and the Russian government to yet another Western delirium. One gets the impression that the authors of such publications seriously believe that all these attacks are organized against the Kremlin. As if the Americans are complete idiots and have not miscalculated Putin.

It's not just that Biden insists on a personal meeting in any format. We are already accustomed to perceive this old wolf as a puppet in someone's hands. No, appearances are deceiving. And the image of a kind old man who forgets everything and does nasty things just because he cannot read the papers that these same "someone's hands" slip into him, just corresponds to the policy that the United States is pursuing today both inside its country and and out.

Somehow imperceptibly passed, for example, his speech in support of the black population of the United States just yesterday. But this is actually carte blanche for the continuation of racial riots. In the same way, imperceptibly, I would even say - criminally imperceptible, passed the decision of the European Parliament on sanctions against Russia in the event of the appearance of Russian troops in the Donbass.

Europe really knows how to count. And everything that the MEPs have proposed looks stupid. Not a single person, especially a European, would want the economic condition of his own country to deteriorate. Disconnecting from the SWIFT payment system, freezing all assets of Russia and Russian oligarchs, stopping SP-2, completely stopping the import of gas and oil from Russia ...

Delirium, especially considering Moscow's retaliatory measures. I agree. Only this nonsense was voted for by the Europeans, not the Americans. And no matter how hard we try to convince ourselves that the European Parliament is just a platform for discussion, MPs in many ways express the position of their own presidents and governments. After all, we will not argue with the fact that, for example, our delegation has a pro-government position.

Methodically destroying economic, political, human and other ties between Russia and Europe, the Americans are trying to drive European politics into a stall. Merkel is already leaving, and, God forbid, a lady from the “greens” will become chancellor. Macron will also start packing his bags soon. And who will remain in the European Union from those who are able to say something against Washington?

This summer will be hot

Indeed, despite the pessimistic forecasts of weather forecasters, the summer of 2021 will be hot. Everyone understands this. The game has already started. And the goal of this game is clear to everyone. EU Markets! First of all, energy. At the same time, one should not forget about other sectors of the economy. Both Russia and the United States do not want and cannot lose these partners. Import substitution is fine, of course, but expensive.

The first trial ball has already been thrown in. I'm talking about a proposal to gas importers via the Ukrainian GTS to increase transit by 15 million cubic meters of gas per day for an additional fee. This is a very tempting offer, given that after a harsh winter, the gas tanks in Europe are practically empty, and the injection of a new portion of gas, which was in full swing at that time in previous years, has not even begun.

But Gazprom, and there are no other transit countries on the UkrGTS, did not fall for this bait. Gas supplies to the EU go through the joint venture and the Turkish Stream. Moreover, both systems operate even in excess of the declared capacity. Moreover, the Europeans are strenuously building their own branches to switch to the use of gas from Germany or Turkey. If you look in the future, then in a very short time only one country will need GTS - Moldova.

All these statements, accusations and stories about Russian intrigues in the countries of Eastern Europe will soon be forgotten. Nobody will understand. More dear to yourself. There will be accusations of supplying terrorists and so on. Neither the Czechs nor the Bulgarians need this.

But pencils for marks on the map of Europe are already being sharpened in both Washington and Moscow. It's not an easy task to reshape the world ...

Ctrl Enter
Noticed oshЫbku Highlight text and press. Ctrl + Enter
We are
A great interview with Sergey Lavrov: about Ukraine, Obama and IranWhat you didn't want to know about England
Military Reviewin Yandex News
Military Reviewin Google News
224 comments
Information
Dear reader, to leave comments on the publication, you must sign in.