May Day became a capitalist joke: how the holiday ceased to be associated with workers' solidarity 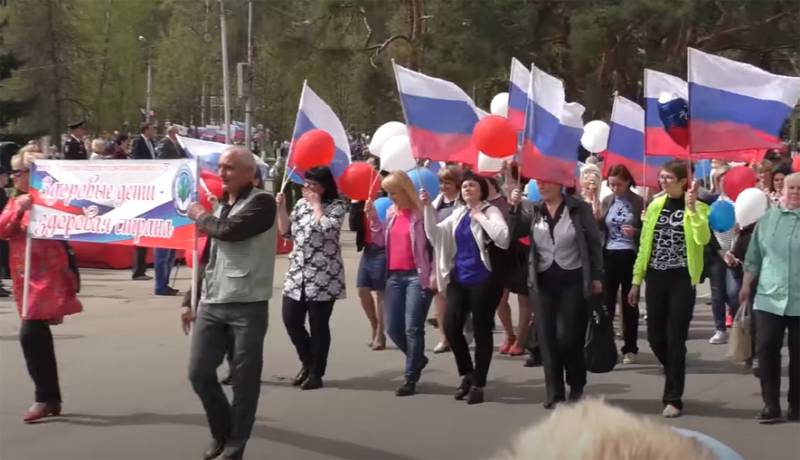 Today Russia celebrates the holiday of Spring and Labor. The name May Day, as you know, after the collapse of the Soviet Union was transformed from the Day of International Workers' Solidarity.


It would seem, why was it necessary to rename this red date of the national calendar? What interfered with?

In fact, everything is simple. The main reason is the change from the socialist system to a capitalist or even a neo-capitalist one. And for such a system, the solidarity of workers is like a sharp knife ... After all, if labor collectives regulate their activities, if there are truly efficient trade union committees, and not formal bodies controlled by the employer himself under the guise of "democratic initiatives", if trade union organizations turn out to be capable protect the interests of workers, engineers, doctors, teachers, employees of the agricultural industry, scientists, etc., then for holders of large capital, all this is an additional blow to the unrestrained desire to increase their capital at someone else's expense.

Big capital needs a mass that will believe in the dogma: "There is already a line behind the fence for your salary," and therefore hold on to a place, even if the management conducts such exploitation of labor, which was not even in those days when May Day itself was born.

An additional reason for the renaming of the holiday was actually formulated by Anatoly Chubais at one time. He did not speak specifically about May Day at that time (he even walked somehow with a log on his shoulder), but he gave an unambiguous message. We are talking about his interview, where he said that every plant sold is "a nail in the coffin of communism."

Chubais openly stated that the so-called Young Democrats were engaged in the destruction of communism. This was the main goal. Destroy, sell, close, dissolve. And to benefit from a narrow group of people, of course.


In other words, the government that was formed in the 1990s tried with all its might to erase the memory of the people that just a few years ago there was a huge power called the Soviet Union, the memory of what principles the country lived on, what holidays it celebrated. Hence the struggle with names that reflected the essence.

Today May 1 is Spring and Labor Day. It seems that there is a holiday, and there are trade unions, and the interests of workers have not disappeared anywhere. But ... He is definitely not associated with the solidarity of workers. Simply because everything has been done to make this solidarity cease to exist. Capitalism has nailed both solidarity and the holiday itself.

For the big business system, May Day today is not a demonstration of labor collectives to defend their interests, but a demonstration of oneself against the background of labor collectives. Such a desire to betray the fact that the owners of companies and enterprises, those, many of which at one time were socialist property, "at one with the working people, at the same time with the people." A kind of capitalist anecdote - when the owner of a business, which grew out of the predatory privatization of public property, goes out on May Day and broadcasts something that he is together with the work collective ... And today it is even easier - "together" online ... The holiday itself "in online mode". A kind of online pseudo-solidarity.

Therefore, today, May 1, is, rather, a holiday of belief that the solidarity of the working people will triumph sooner or later (I would like it early) in our country. So that work goes not for the good of a single group of billionaires, but for the good of the country. For this work to be paid with dignity, not in the understanding of officials, but with dignity - objectively. So that people learn about the growth of their well-being not from the president's messages to the Federal Assembly, but from their own wallet. This is the May Day that could be celebrated, for real.

Ctrl Enter
Noticed oshЫbku Highlight text and press. Ctrl + Enter
We are
May Day in Russia. Who is with whom today stands?December 2010 years. Russian March. Senseless and merciless? Notes not a Russian person
Military Reviewin Yandex News
Military Reviewin Google News
161 comment
Information
Dear reader, to leave comments on the publication, you must sign in.