Why do I need a license for brains? 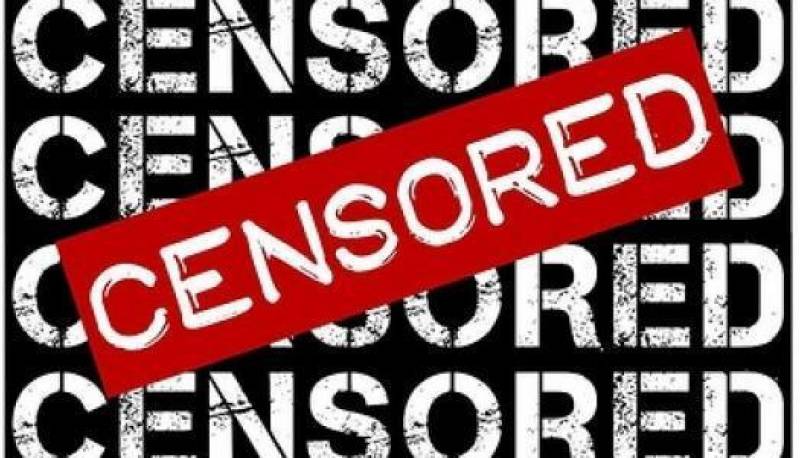 Further innovations in the field of education of our country. The Russian Ministry of Education has proposed to tighten the regulation of educational activities. All foreign agents on the territory of Russia will be prohibited from engaging in education. In principle, it is quite logical. There is nothing to educate the minds of growing Russians with foreign money.


All the rest will be banned from educational activities without registration of the appropriate packages of documents.

It is very interesting that the bill on restrictions on educational activities was developed by a group of deputies headed by the chairman of the Federation Council commission for the protection of sovereignty, Andrei Klimov. What is especially interesting is that among the authors there is not a single representative of the State Duma Committee on Science and Education.

The document introduces the concept "Educational activities" and prohibits doing it without the authorization of the authorities.

The authors of the project, in an explanatory note to the project, said that anti-Russian propaganda, sowing of discord and propaganda of extremism are being carried out en masse in Russian schools and universities. Full set. And all this under the guise of educational activities.

Have I read the bill? Was reading. The link is at the end of the material, everyone can also read and draw their own conclusions. Personally, I categorically disliked the vague and vague formulations, under which anything can be adjusted.

Scientists, including those from the Russian Academy of Sciences, did not like them either. The RAS Presidium sent a request to the Duma to withdraw the bill. A lot of protests emerged from among Russian teachers of the most varied levels.

They compare the bill with the darkest and most perverted censorship of the Soviet era.

The petition on change.org has garnered nearly 250 signatures. It is clear that the efforts of the initiator, Doctor of Science and MSU teacher Sergei Popov, will lead nowhere.

Very dark times await teachers and educators. How they know how to bureaucratic everything is not necessary to tell. And if it really comes to the point that the state will begin to license educational activities ...

The very fact of who will do this is simply dumbfounded. Who will evaluate the level of training of teachers and, say, those who talk on the Internet about how to cook deliciously?

According to the law passed by the Duma, this is all from one field of beets. And today both scientists and politicians Mizulina and Poklonskaya are against the law. Everyone who understands the stupidity and danger of this law, which simply increases the threat of punishment for everyone who is engaged in educational activities. From lecturers and teachers to organizers of various events. And do not discount sites such as libraries and village and township clubs where such events can be organized.

However, despite all the protests, the State Duma adopted the bill (albeit only in the third reading) on ​​March 16, and the Federation Council, as expected, approved the law on March 31.

RAS once again in March tried to oppose the bill and wrote a letter to Putin with a request not to put his signature on this document.

However, Putin, "outraged" by the textbooks stories, which were written by people clearly not from the street, signed the law. It happened on April 5. And now the law will come into force on June 1 this year.

We were very much waiting for an accompanying document from the Government, which can clarify the blurred wording. The project was developed and published on April 24, but nothing became clearer.

The draft resolution, however, lists all forms of activity that in the future may be recognized as educational. it lectures, master classes, webinars, discussions, round tables, courses and marathons.

Moreover, as smart people with advanced degrees say, the project allows for a very free interpretation of the directions of educational activities.

Meanwhile, it will be possible to send anything for educational activities: psychology, photography, video editing, cooking, and so on. In general, almost everything that the Internet lives on today.

And not only the Internet. The decree covers all contacts with universities, museums, libraries, schools and colleges. For example, I have a psychologist friend who takes part in library programs with pleasure. And libraries work with it remotely with great pleasure, it is convenient and beneficial for everyone. Everything?

Without a diploma and without a contract. Just. Because such activities are beneficial. Because it is everyone's right.

But no. We are deprived of this right. Moreover, if you look closely at the muddy and vague wording of the law, it becomes clear that almost everything can be written a complaint in the rank of denunciation. It does not matter from what motives, the main thing is that it will be possible to write “where necessary”.

The draft decree says that education without licensing and contracts will become punishable. And so something, but we have learned to punish law-abiding people. But as one literary character said, if you crush the law once, then another time, then start plugging the holes in the investigation, as it will be convenient for you and me, then it will not be a law, but a brush!

That is, the enlightener, in order to carry out activities, will have to first "conclude an agreement with the organization of science, culture or education." This is exactly what was announced in the draft resolution.

That is, if a person who has a certain store of knowledge, before sharing this knowledge on the same Internet, will be obliged to conclude an agreement with any institution that has the right and license to operate. And here the question is whether the institution will want to conclude this agreement. And if he doesn't want to? That is, free informing of the population will be prohibited.

By the way, many modern scientists talk about the achievements of science on the Internet for free. No contracts or licenses. They just give knowledge to those who are interested.

From June 1, everything will have to change. To begin with, it will be determined who will be able to engage in educational work in Russia.

Both legal entities and individuals will be able to engage in educational activities. At the same time, legal entities should not be included in the register of foreign agents.

Not everything is simple with individuals and individual entrepreneurs either. They have to:
- be of legal age;
- have at least two years of experience in educational activities;
- not have restrictions on pedagogical activity, which are provided for by the TC;
- have no criminal record and socially dangerous diseases.

You know, it's very difficult for me to imagine a Nobel laureate from any country abroad. How will he provide all these certificates, that he is not convicted, not sick, and so on. It looks barbaric in general.

Yes, and there are questions to legal entities. Why can't the foreign agent tell about what we don't know? It all depends on what kind of foreign agent it is. Yes, if, say, the global LGBT movement looms behind the shoulder of a legal entity, this is one thing. And any research institution that is financed from the budget of another country - is it necessarily harm?

Yes, and with experience, too, nonsense turns out. On the one hand, yes, the information space will be cleared of all "experts", but on the other hand, why can't a person not from the educational sphere take and share his impressions of reading or viewing?

And it is immediately clear whose interpretations will be correct. Controlling bodies that will undoubtedly take place. Well, we simply cannot do otherwise in the country. If there is something that needs to be controlled, then it should be controlled immediately with punitive functions. Features of Russian life.

To be honest, in our country, in terms of education, everything is sad in the country. Will be worse. Simply because the same Roskomnadzor or on whom the right to punish for violations, as usual, will begin to punish those who will simply be reached. But not those who sow "reasonable, good, eternal" with the opposite polarity. It is a fact.

And minors will still graze on their websites and sections "YouTube" and "Tik-tok". And the state will not be able to do anything about it. Proven by Ukraine, by the way. No matter how they would not want to protect their citizens from the pernicious influence of a neighbor, nothing came of it. And we will have the same.

In general, to the delight of Mr. Gref, the dullness of the younger generations will continue. But strictly censored in accordance with the requirements of state policy.

One of the authors of the bill, deputy Aleksey Chepa (spravoss), said that the law is primarily aimed at combating the propaganda of drugs, unhealthy lifestyles, terrorism and "values ​​alien to the Russian people" such as same-sex marriage.

Sorry, that's stupid. Lectures and seminars do not in any way increase the use of drugs by young children. This is achieved by slightly different methods. The authors of the law, perhaps, do not know this, but they do not really need to know it.

Another issue is the eradication of dissent. This is more understandable. Ideological control, censorship of everything that spills out into the information space - it is clear what they want in the State Duma.

We need a dumber society that will not go to rallies and processions. Initially, because society will not have enough brains to really understand who to go for, for Putin or for Navalny. And, accordingly, these demonstrative reprisals will not be needed, since there will be no one to deal with.

How not to recall the Soviet times, when everyone was “for”. For one candidate out of one proposed. And nothing, they flew into space, built ships, lived in general.

But now is a little bit wrong. But the attempt of the authorities to revive precisely the Soviet models of censorship in order to establish a system of ideological control is understandable. And the repressions that are expected to fall on the part of the population that are "against" are understandable. Nobody has the right to be “against”. This means that we just need to revive the Soviet society "Knowledge", which will develop, approve and implement those forms of education that are beneficial to the authorities.

But this will not only lead to complete apoliticality in some 20 years, it will lead to degradation. But, apparently, even according to the behests of Mr. Gref, this is exactly what is needed.

Many people see that such restrictions will not improve the situation with the brains of Russians. Alas, an intelligent electorate is not beneficial to the current government. You need an audience completely incapable of meaningful protest. Smart protest, not at silly processions and fights with the police and other security forces, but smart discussion on various platforms.

And if there are no platforms or an audience capable of realizing their thoughts on these platforms, then there is nothing to worry about. For marginal manifestations, there is the police, riot police, Rosgvardia.

And the first step has been taken for this. With which we can all be congratulated. Soviet censorship in education is returning. With all the ensuing consequences. And with the need to license the brains of everyone who wants to eat something with others.

Well, who wants to get acquainted, here:
Outreach Bill