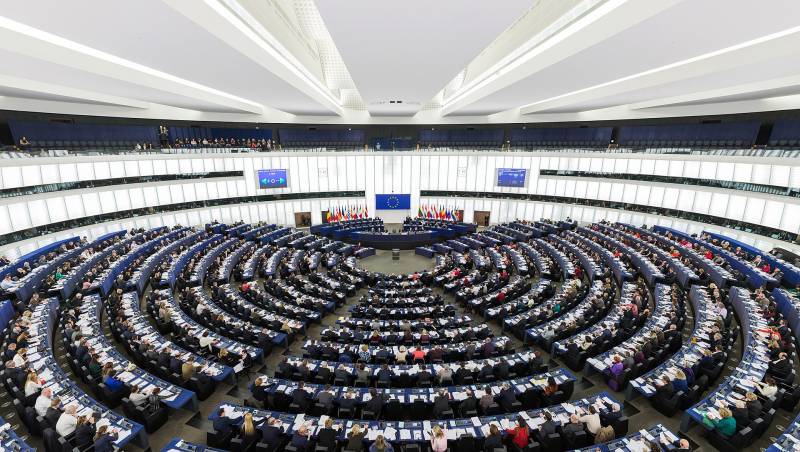 What have we done!

Since 2014, President Biden has been waiting for his finest hour to finally take revenge on the hated Russia. The Russians are simply bombarded with sanctions, restrictions and other petty dirty tricks designed to complicate life at home and abroad. Of the latter, since May 12, American diplomats have stopped issuing visas to ordinary citizens. The United States is practically curtailing diplomatic activities in our country. The consular staff is reduced by two-thirds at once, and only emergency consulting services are left from the functionality. If we assume that the CIA officers are the last to leave the country under the diplomatic umbrella, then only intelligence officers will now remain in the US consulates. Which, for obvious reasons, were not already loaded with diplomatic duties. The reason for this American "resentment" was Moscow's decision to ban the hiring of foreign citizens by US missions. 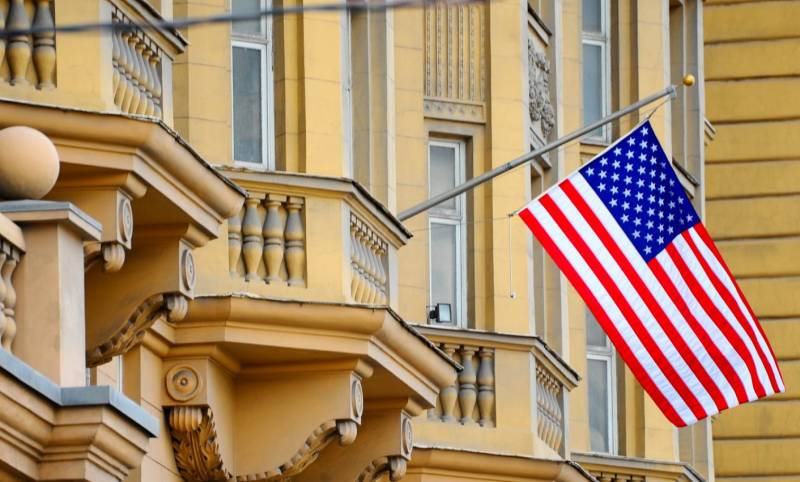 Senator Alexei Pushkov commented on the situation with forbidden visas as follows:

“The Russians have become hostages of Washington’s position. Here the idea of ​​the State Department is to make people dissatisfied with the fact that they cannot leave for the United States. However, it is not Russia that blocks travel to the United States for its citizens, but the American government. They pursue the obvious goal of influencing public sentiment in a negative way for the Russian authorities. "

It should be added that anything but the abolition of US visas can affect public sentiment regarding the Russian government. Individuals who can really influence the mood of Russians have long been either under personal sanctions or do not need American visas.

For Russians intending to visit the country on a business visit, the American attack should not become a serious obstacle. We have been actively using various Zoom, Skype and other technologies for more than a year, so there shouldn't be any problems in terms of business contacts. If a businessman is completely unbearable, then there is the option of obtaining an American visa at a foreign embassy. But here are the difficulties with pandemic restrictions. Probably, tourists will suffer the most, but they previously received visas with great difficulties. Now it is possible to obtain a visa relatively quickly only in a situation where the question of "life and death" is at stake. What exactly the diplomats put into this concept is still unclear.

The next round of Russian-American aggravation is to make us expect consequences from our neighbors on the continent - the Europeans. The harsh moral principles of "Atlantic solidarity" make the capitals of Europe dance to Biden's tune (pardon such triviality). The United States tightened the screws on the purchase of Russian bonds and expelled diplomats, and after a while the Czech Republic accused Moscow of allegedly committed crimes many years ago. They waited 7 years to give birth to a relatively Russian trace in the explosions of warehouses:

"This was the largest attack on our territory since 1968."

Petrov and Boshirov, who had already begun to be forgotten, surfaced again in news chronicles as the next perpetrators of European misfortunes.

The Czech Republic, fully aware of its own weakness, turned to its EU and NATO colleagues with a request to expel Russian diplomats out of a sense of solidarity. No sooner said than done! Two were sent from Latvia to Moscow, while Estonia and Lithuania decided to send one at a time. The reaction of Chinese commentators to this situation is indicative. The inventiveness and imaginative thinking of the Chinese comrades cannot be denied. One of Russia's sympathizers compared Eastern European countries to fleas:

"To demonstrate loyalty to the United States for the sake of some illusory hope that NATO will fulfill its security promises, they began to jump on Russia."

In general, analogies with our foolish brothers have become a hallmark of the rhetoric of the Chinese. Lithuania was accused of “bull arrogance", Recalling the dislike for China. The user under the nickname Nuepis described the chain reaction to the "Czech tragedy" as follows:

"The dog at the entrance to the village began to bark, dogs from neighboring yards began to bark after it, but they themselves did not know why."

And finally, the icing on the cake of popular Chinese analysts was the exposure of Europeans to seasonal dependence. As soon as the continent warms with the arrival of spring, the leaders of the countries become more and more courageous in their anti-Russian statements, and with the fall cold snap, the degree of militancy naturally decreases. 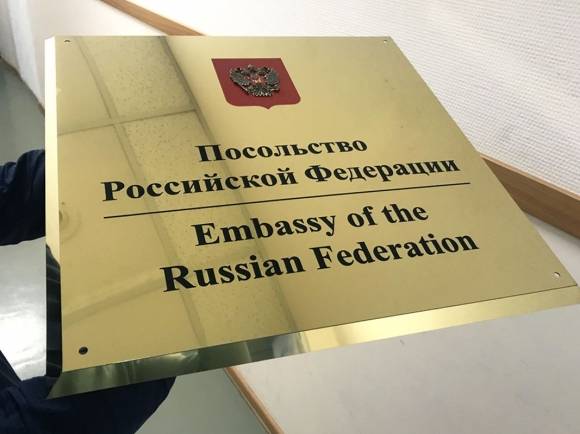 Source: q-graver.ru
Despite the obvious absurdity of the diplomatic theater shown by the European troupe, Baltic politicians cannot be denied prudence. Now in these countries there are not so many diplomats from Russia, and it is required to hold a certain limit in case of another team from overseas. What will Vilnius, Riga and Tallinn pay with Biden when the Russian consulates are empty? A question worth pondering. Over time, Russian diplomats in Europe may generally become a "gold reserve". Graduates of the Diplomatic Academy and MGIMO will be cared for and cherished, because when they do not stay, they will have to resort to completely different measures. Including prohibiting the issuance of visas to Russians. And this is not at all American история - several million people came to Europe in pre-dock times from Russia every year just to have a rest. By the way, the tourist flow to Estonia in 2019 counted almost 1,9 million Russians! Now, of course, there is an incomparable pandemic recession, which allows the Europeans to impose sanctions without fear of economic losses. But when the covid era recedes, how will they shoot back? Closing countries to millions of Russians?

However, they did find one loophole. Threaten Russia with meaningless slogans. For example, as Macron suggested for Moscow to define "red lines" in case of aggravation of the situation in Donbass. It turned out funny. Zelensky is seriously counting on NATO military assistance and even on the prompt inclusion of Ukraine in the North Atlantic Alliance, while Europe offers only "red lines". The European Parliament recently adopted a resolution on the possible disconnection of Moscow from SWIFT and the freezing of Nord Stream 2 in the event of direct aggression against Ukraine. The resolution also talks about Navalny's health and the "attack on the Czech Republic", but these are trifles before the military invasion of Donbass. Brussels gave a clear signal to Kiev that it will in no way intervene by force of its weapons, and also signed before the whole world in his helplessness. It is noteworthy that the European Commission turned a deaf ear to the financial markets - the Russian indices did not even flinch. 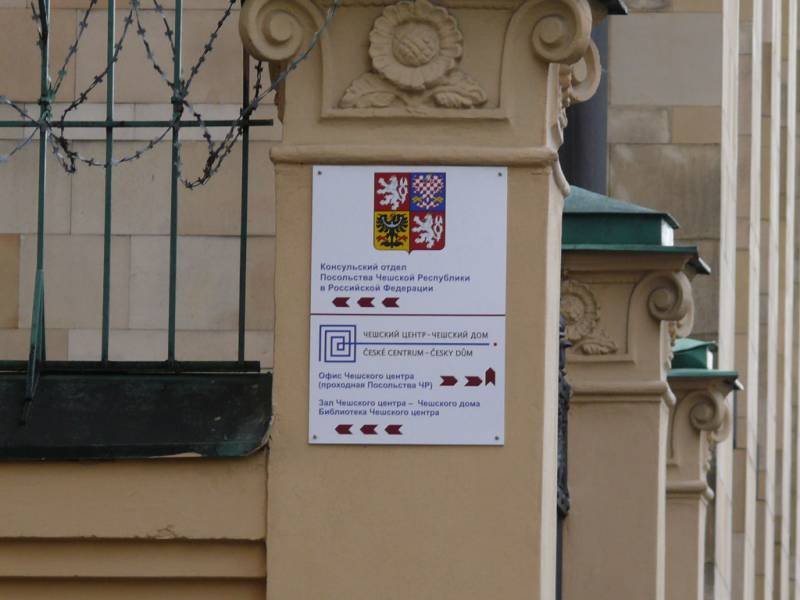 All this diplomatic theater means only one thing - Europeans are now not at all up to Joe Biden's overseas hysterics. There are much more serious problems in Paris, Berlin and other capitals. Starting from the third wave of COVID-19 and ending with a decline in industrial production due to a chronic shortage of silicon chips. Therefore, you have to brush aside Biden's grandfather, they say, you need sanctions - get the expulsion of diplomats. Or, if pressed hard, vague threats to Moscow. It is overseas that Biden can concentrate on external problems, since the legislator is very involved in solving internal problems. But in Europe everything is not at all like that - only one “omnipotent” Macron is worth something, and he cannot be distracted from the problems of France. The same United States is in no hurry to supply the anti-vaccine, but is always happy to indicate.

Well, after such theatrical performances, Russia now has a new problem - where to find jobs for such a number of released diplomats?

Ctrl Enter
Noticed oshЫbku Highlight text and press. Ctrl + Enter
We are
Situational analysis of the death of the MH17 flight (Malaysian Boeing 777), made on the basis of engineering analysis from 15.08.2014Results of the week. “In our cooperative, the board is always agreed”
Military Reviewin Yandex News
Military Reviewin Google News
68 comments
Information
Dear reader, to leave comments on the publication, you must sign in.