If India does not buy the S-400, Pakistan will take them: the US is discussing the supply of Russian air defense systems to South Asia 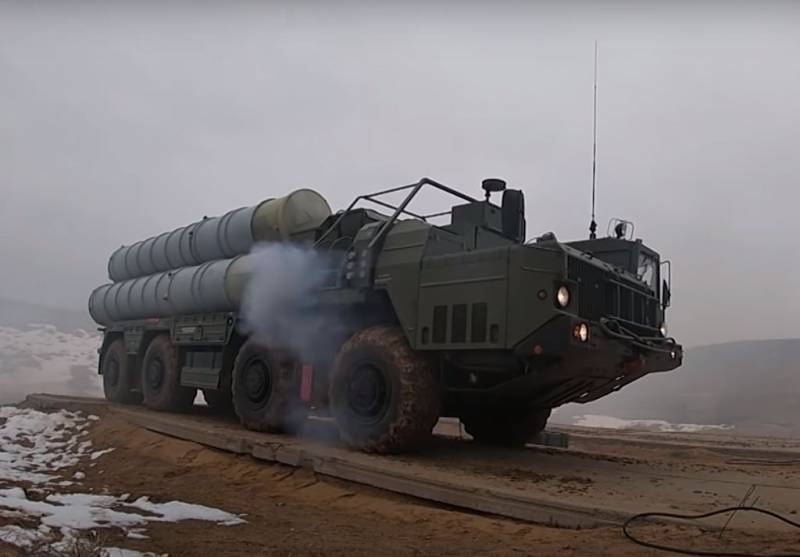 In recent years, India has paid particular attention to arming and equipping its armed forces. This is due to the difficult military-political situation on the Indian-Chinese border. Some sections of the border in both the west and east of the Himalayan mountains are controversial, and New Delhi believes that the country should be ready at any time to repel aggression from China.


Not so long ago, India turned to Russia with a request to speed up the delivery of the S-400 Triumph air defense system. Recall that the contract for the supply of the S-400 totaling $ 5,43 billion has already been signed by representatives of the two states. Russia must supply five regimental complexes to India. The first regimental complex is planned to be transferred to India in late 2021 or early 2022. Indian servicemen have already been sent to Moscow to undergo training in the operation of the S-400.

Possible obstacles to the delivery of S-400 to India

However, Peter Suciu of The National Interest writes about the likely emergence of obstacles to the supply of S-400 to India. First, Suchiu refers to the Indian Financial Express, which wrote about possible technical problems that slowed down the reception and transmission of equipment. Second, Suciu dwells on the Countering America's Adversaries Through Sanctions Act, which was introduced in 2017 by the administration of then US President Donald Trump.

The law prohibited India from buying the S-400 from Russia, and India is a long-term and forced ally of the United States and may not dare to go against Washington's opinion. After all, New Delhi is counting on America's support in the event of a confrontation with neighboring China. In March 2021, the leaders of Australia, India, Japan and the United States met in the Security Quadrilateral format, created to counter possible Chinese aggression. Senator Bob Menendez, known for his tough anti-Russian stance, has already warned the Indian side that the deal to buy the S-400 will come under US sanctions.

But India is also Moscow's longtime military partner. For many decades, even since the Soviet era, India has been purchasing Soviet and then Russian weapons. The country will not abandon important ties with Russia either. As a result, India may find itself in the same situation as Turkey once found itself in: after purchasing the S-400, the United States, as we recall, excluded Ankara from the Lockheed Martin F-35 Joint Strike Fighter program.

Thus, the purchase of the S-400 from Russia could significantly undermine Indian-American relations, as well as affect India's purchases of American weapons. The United States may refuse to supply some types of weapons to New Delhi if the Indian side buys Russian anti-aircraft missile systems.

However, as Suchiu writes, the situation in India is complicated by another circumstance. In any case, Russia will find foreign buyers for the S-400, and if India does not buy them in South Asia, Pakistan can most likely buy them. Islamabad is also interested in building up its military power, and Pakistani-American relations have recently cracked.

But if Pakistan acquires the S-400 air defense system from Russia, it will negatively affect the defense capability of India. It turns out that the country finds itself between two fires: on the one hand, the United States, threatening with sanctions for the purchase of Russian air defense systems, and on the other hand, a very likely risk of acquiring the S-400 by Pakistan. The choice ultimately rests with New Delhi, with the Indian leaders themselves, who will have to decide which is more important for them - a partnership with the United States or a threat from neighboring Pakistan.