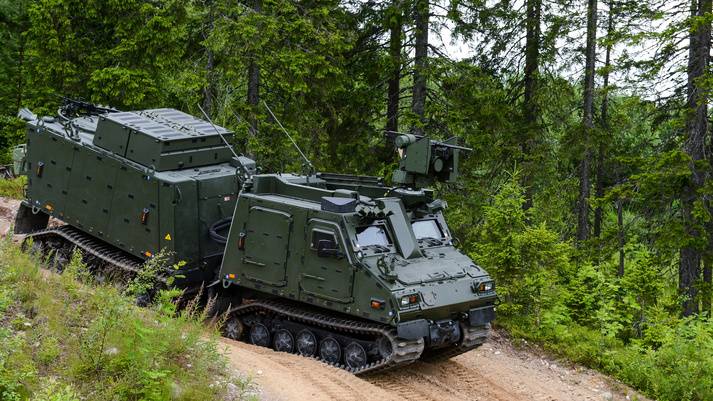 The United States is holding a tender for the supply of all-terrain vehicles for action in the Arctic. Under the CATV program, the Pentagon will have to choose between two competitors - the British company BAE Systems and the conglomerate of the American Oshkosh and Singapore's ST Engineering. The conditions of the competition provide for the supply of prototypes for testing.

In April of this year, BAE announced the order by the US military department of two modifications of tracked all-terrain vehicles developed by the company - one BvS10 armored vehicle (already in service with five countries) and one unarmored Beowulf created on its basis (a new creation for an American tender). As stated, the latter has a modular design, allowing the technique to be loaded with different functionalities.

The army versions of the Russian all-terrain vehicles of the DT family are designed in a similar way. So, in the most severe version of the DT-30PM, they already carry not only special equipment (kitchens, baths, etc.), but also massive weapons systems - adapted to the Arctic conditions air defense systems "Tor-M2" and "Pantsir-SM". Now we are talking about installing the "Tornado-G" MLRS on Russian all-terrain vehicles.

Although the developer announced work on the creation of armored versions of all-terrain vehicles of the DT family, no significant progress was reported in this direction. Apparently, the bulk of Russian all-terrain vehicles enter the Arctic troops without armor. It is quite possible that the American military will also go this way. 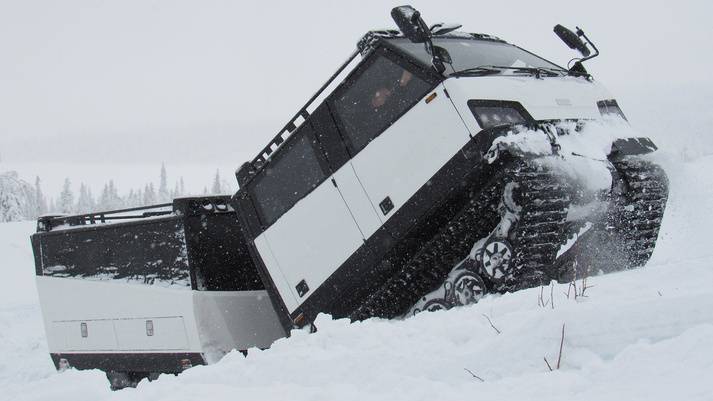 Moreover, the Pentagon is interested not only in updating its fleet of all-terrain vehicles (represented by the SUSV, known as BV206), but also in increasing the carrying capacity of Arctic equipment, which is limited by armor.

In addition to the existing vehicles reaching the end of their service life [in service since the early 1980s] and growing tensions in the Arctic between Russia and the United States, the army is looking for equipment that can carry more payload and match the all-weather and all-road mobility demonstrated by Russian all-terrain vehicles
- writes the British edition of Global Trade regarding the needs of the US Department of Defense.

However, even if the products participating in the American tender can meet the requirements for mobility, they are unlikely to be able to compete with the carrying capacity of Russian vehicles. So, "Beowulf" can carry only 8 tons (competitor to Bronco 3 - 10.2 tons), vehicles of the RF Armed Forces - from 2,5 tons for GAZ-3344-20 "Aleut" to 30 tons for DT-30PM. As a result, a small load will not allow the full use of any of the vehicles selected by the Pentagon, for example, it will not make it possible to place heavy weapon systems, such as air defense systems.

The video below shows another participant in the tender - the Bronco 3 all-terrain vehicle, a special modification of which was also ordered by the US Department of Defense in April for testing. The Americans are trying to achieve the mobility of all-terrain vehicles for the Arctic like Russian vehicles.