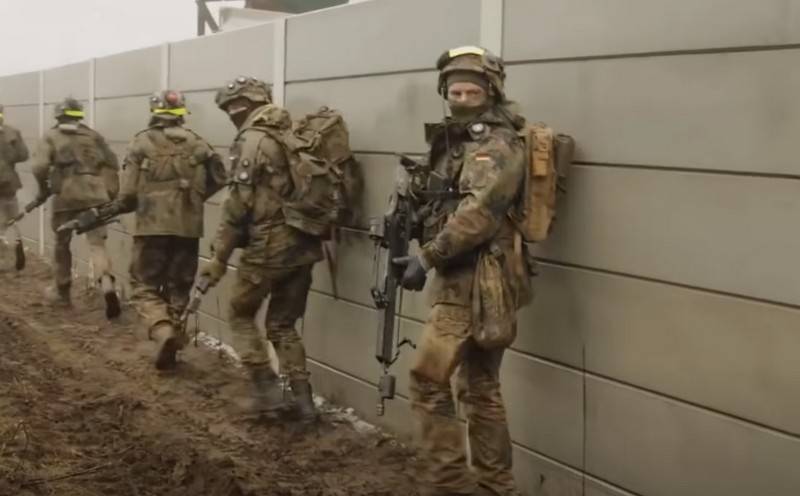 Germany is unlikely to participate in a military conflict with Russia in the event of a clash with NATO countries. Writes about this German edition Handelsblatt.


According to the German publicist Wolfgang Munchau, who speculated about a hypothetical military conflict with the participation of Russia, the fifth article of the NATO charter, which, for example, the Baltic countries are counting on, will not work instantly, and in some cases will not work at all. As an example, he cited Germany, which most likely will not participate at all in the confrontation with Moscow.

Munchau writes that a possible military conflict could erupt when the Suwalki corridor is captured by Russian troops. In his opinion, Russia, together with Belarus, can try to connect the Kaliningrad region of Russia with the territory of the Union State, and this is best done in the area of ​​the Suvalka corridor. Why is Russia, the German publicist does not tell.

However, he emphasizes, in the event of such an invasion, Article 5 of the NATO charter will not work instantly, and some countries will simply ignore it, for example Germany, which prefers to establish good relations with Russia, rather than fight it. Berlin hopes to complete the construction of Nord Stream 2 and purchase a Russian vaccine against coronavirus.

Summing up, Munchau notes that the more European countries will depend on Russian gas and vaccines, the less they will be ready to fight with Russia, and "Moscow knows this."
Ctrl Enter
Noticed oshЫbku Highlight text and press. Ctrl + Enter
We are
December 2010 years. Russian March. Senseless and merciless? Notes not a Russian person
Military Reviewin Yandex News
Military Reviewin Google News
46 comments
Information
Dear reader, to leave comments on the publication, you must sign in.