Anti-missile 53T6M against the background of modernization of missile defense 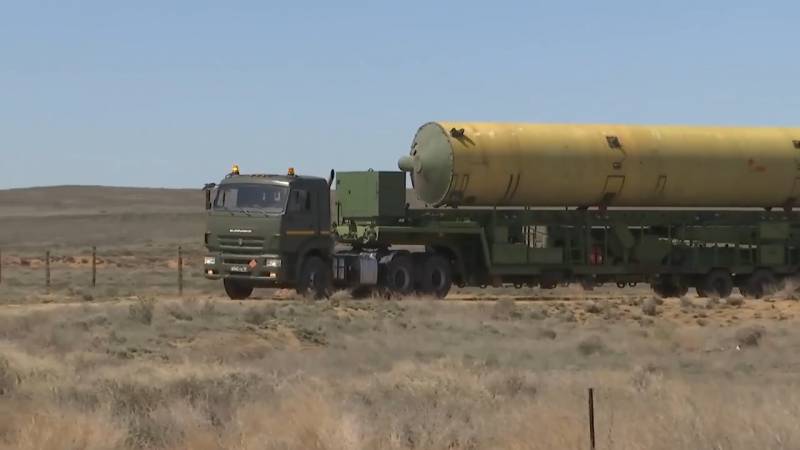 On April 26, the Ministry of Defense announced the next test launch of a new interceptor missile from the strategic missile defense system. Official reports about this event, as always, do not differ in detail, but it is clear that it is of great importance for the development of missile defense and national security in general.

According to the Ministry of Defense, a new test launch took place at the Sary-Shagan training ground in Kazakhstan. It was carried out by the combat crew of the air and missile defense forces of the Aerospace Forces. The launch was named successful, but the features of the tasks being solved and other details are not given. In particular, the type of missile used is not specified.

The message cites the words of Major General Sergei Grabchuk, commander of the ABC formation. He said that the new anti-missile missile, as part of a series of tests, confirmed the inherent characteristics. The combat crews successfully coped with the tasks and hit the conditional target with the given accuracy.

As in previous times, a video was published demonstrating the different stages of preparation for launch and the launch of an interceptor missile. Shown is the delivery of a transport and launch container to the landfill with subsequent loading into the launcher. Then the launch of the rocket is demonstrated: leaving clouds of smoke, it quickly goes up, breaks through the nearest cloud and flies towards the target. 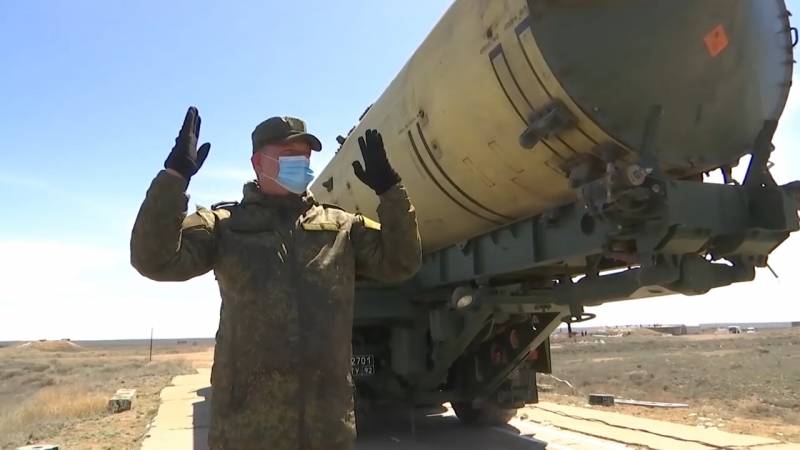 Despite the lack of such information in the official message, it is possible to understand which rocket was tested. The characteristic appearance of the product and its TPK, as well as the features of the launch, indicate the use of an upgraded 53T6M or PRS-1M missile from the A-135 "Amur" missile defense system.

It should be noted that launches of 53T6M / PRS-1M interceptor missiles have already become a common event. Such events are held every few months, thanks to which the equipment passes the necessary checks, and the calculations get the opportunity to train in conditions as close as possible to combat.

Previous missile launches took place in October and November last year. As reported, both anti-missile missiles of the new type successfully hit conditional targets. Earlier, two similar exercises were held in the summer of 2019, and during 2018, they conducted five launches of the latest modification of the rocket.

According to unconfirmed reports, the PRS-1M rocket was first tested back in 2011. Regular launches, according to various sources, began in 2013 or later. In total, at least 10 launches of 53T6M have been carried out to date. For another 5-6 events, there are no exact data - they could have used both an upgraded rocket and the basic version of the 53T6M / PRS-1. 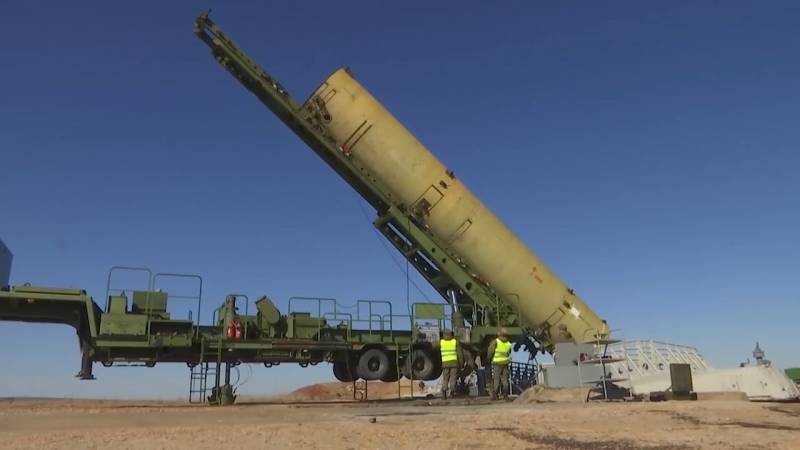 All test activities with the use of 53T6 (M) are carried out at the Sary-Shagan test site, they use the Amur-P anti-missile system. In terms of its configuration and capabilities, it corresponds to the full-fledged A-135 system deployed around Moscow. The missile defense polygon complex is used to test all new components that are subsequently introduced into the combat.

According to known data, 53T6 (M) missiles have a launch mass of up to 10 tons and carry a warhead weighing at least 500 kg. The original modification was completed with a special warhead with a capacity of 10 kt; an upgraded product, according to various estimates, can carry a high-explosive fragmentation charge. The 53T6 anti-missile missile, after modernization, is capable of hitting ballistic targets at ranges up to 100 km and altitudes of 300 km. Flight speed - not less than 3-4 km / s.

The development and testing of the updated 53T6M interceptor missile is one of the key areas of the larger strategic missile defense modernization program. In parallel with the work on the anti-missile missile, other components of the missile defense system are being updated, designed to increase the effectiveness of the system as a whole. According to the approved plan, the modernization program is carried out without removing the facilities from duty and should be completed by 2022.

Work on the modernization of the Don-2N radar station, which is one of the main elements of missile defense, is close to completion. In January, it was reported that new units of the receiving and transmitting parts were installed at the station, after which adjustment work is underway. New computing equipment is being installed. The new system "Elbrus-90S" compares favorably with the old "Elbrus-2" in smaller size and energy consumption while increasing productivity. 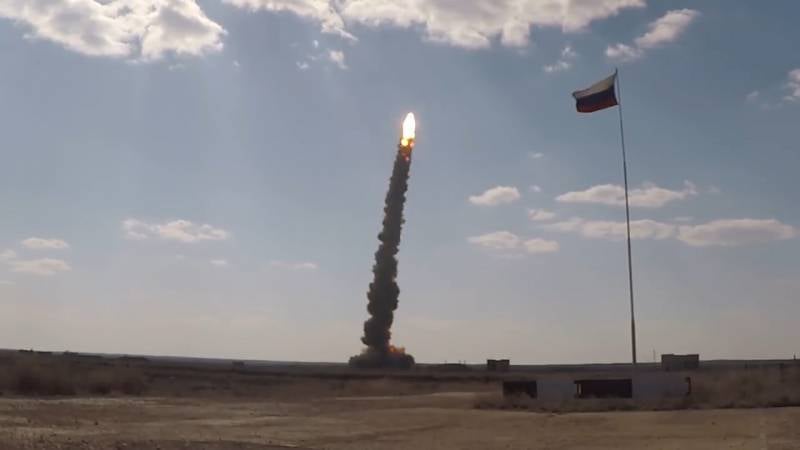 It was argued that the installation of new devices will take some time, after which the station will be prepared for preliminary tests. The exact timing of these works was not named, but all modernization measures should be completed by the beginning of next year.

Earlier, the modernization of launchers for the PRS-1 (M) anti-missile was carried out. Repair and re-equipment with the help of new units passed the starting positions in the Moscow region and at the Sary-Shagan training ground.

According to known data, the modernization of the A-135 "Amur" system is carried out according to the A-235 project. Possible code of works "Nudol". This project provides for the preservation of existing facilities and components during their modernization, as well as the introduction of new products. In particular, it is reported about the development and testing of a completely new anti-missile missile.

Since 2014, foreign media regularly mention test launches of a new missile included in the A-235 system. Seven launches are reported until 2020 inclusive. The appearance and characteristics of such a product remain unknown. At the same time, it is mentioned that this anti-missile will provide long-range and transatmospheric interception, and will also be able to fight satellites in low orbits. The launch of a new rocket is carried out from a mobile installation. 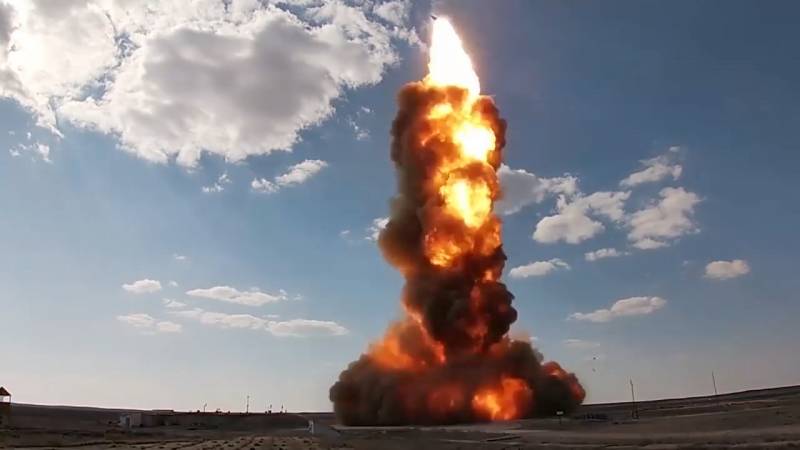 Foreign information about new components for the A-235 has not yet received official confirmation. However, it can appear at any time. The process of modernizing the existing A-135 missile defense system is successfully continuing and will be completed in the near future. It is quite possible that after this the Ministry of Defense will begin to reveal the latest achievements and new capabilities of the strategic missile defense.

For obvious reasons directly related to national security, the Ministry of Defense is in no hurry to announce the entire course of the current work on the modernization of missile defense, and also does not disclose the characteristics of new models of equipment and devices. In some cases, even the very existence of a new product is not confirmed.

However, the secrecy does not exclude the publication of various News and even reports from the scene. In recent years - to the delight of technology lovers - every launch of new interceptor missiles has been removed and shown to the public. And each video from PRS-1M / 53T6M naturally attracts the attention of domestic and foreign viewers, experts and the press.

It is likely that in the near future the Ministry of Defense will show tests of all new missile defense components, including a promising long-range intercept missile. Such a demonstration will demonstrate the results of the work carried out, give our public another reason to be proud, and also make a potential adversary think. In the meantime, such tasks are being solved using the PRS-1M tests.