Conversion of ICBMs into launch vehicles. Problems and Prospects 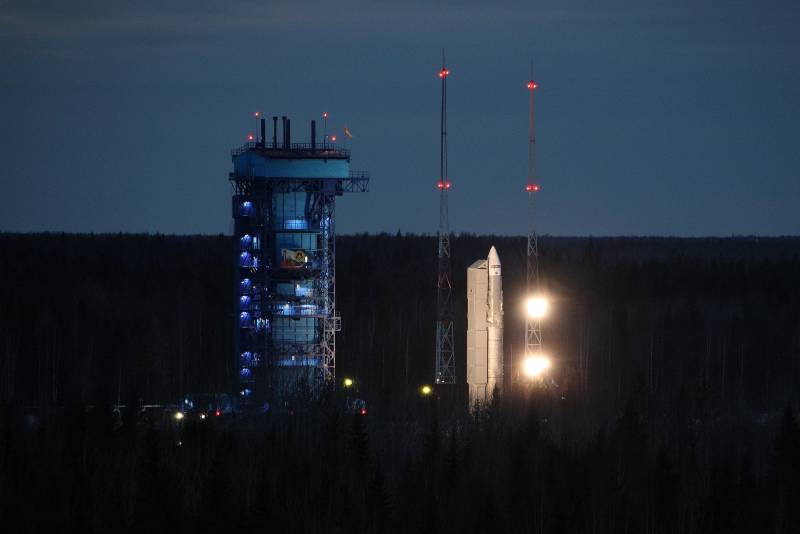 Preparation for the launch of the rocket "Rokot". Plesetsk, August 2018 Photo by Roscosmos

Since the sixties, our country has operated light-class launch vehicles built on the basis of various types of combat ballistic missiles. Regular launches of such missiles were carried out until recently, after which they had to be suspended indefinitely due to the presence of characteristic problems. However, the necessary measures were taken, and in the near future, the converted ICBMs will again be able to send payloads into orbit.

The first LV projects based on combat ballistic missiles were implemented back in the sixties. Over the next few decades, such complexes were used only in the interests of the military department. In the early nineties, there was a proposal for the commercial use of such missiles. Due to this, it was possible to make a profit, as well as get rid of the existing ICBMs to be destroyed in accordance with new international agreements.

In November 1990, the first test launch of the new Rokot launch vehicle, developed at the V.I. Khrunichev with the participation of the Ukrainian company "Khartron". The new rocket was made on the basis of the UR-100N UTTH serial product by replacing the control system and refining the payload stage. 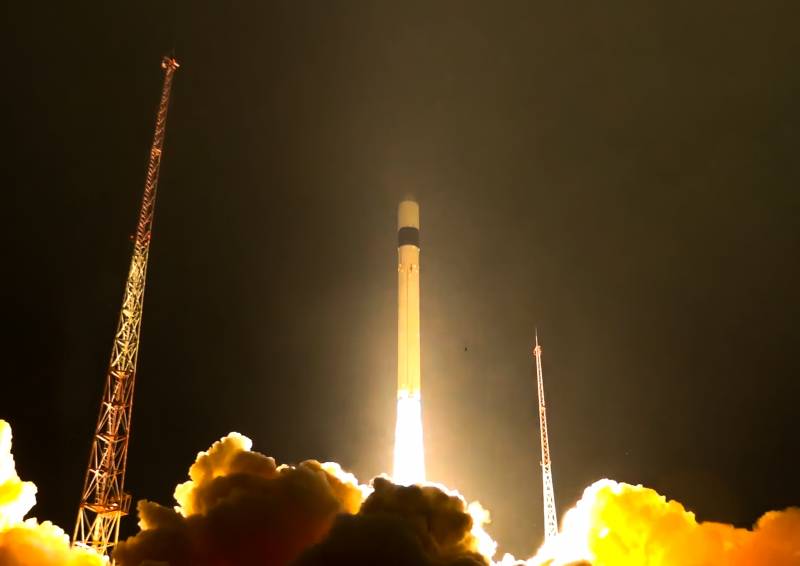 The last launch of Rokot, December 27, 2019 Photo by Roscosmos
In 1994, a rocket of this type put a real load into orbit for the first time. A year later, the Center. Khrunicheva and the European company EADS Astrium created a joint venture Eurockot Launch Services, which was to take commercial orders. The first commercial launch of Rokot took place in May 2000; the last launches were carried out in 2019. A total of 34 flights were carried out, including two tests and one accident. Almost 80 spacecraft, mainly of Russian design, were launched into orbit.

By the end of the nineties, the joint efforts of the Russian and Ukrainian industries created the Dnepr launch vehicle, based on the R-36M ICBM. The project again provided for the maximum possible use of ready-made components with the replacement of individual systems and the adaptation of the head stage to the new load.

The new launch vehicles were operated by the Kosmotras company. The first commercial launch of Dnepr with a foreign satellite took place in April 1999. Regular launches continued until March 2015, and by that time, 22 launches were carried out. All but one were successful. More than 140 vehicles from two dozen countries have become the payload of missiles. 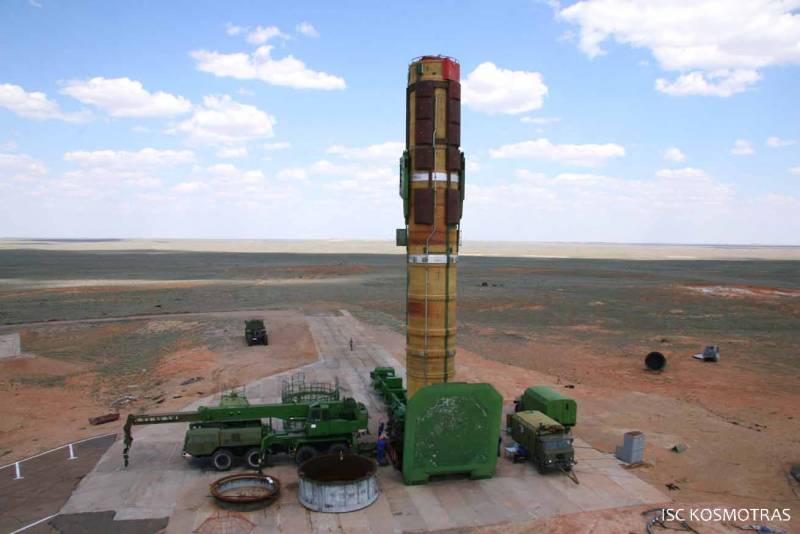 Loading the Dnepr rocket into the launcher. Photo "Kosmotras"
In 1993, the first launch of the Start light launch vehicle took place. It was developed by the Moscow Institute of Heat Engineering on the basis of an ICBM from the Topol complex. Due to the limited technical characteristics, such a launch vehicle did not attract much attention from the customer. 1993 to 2006 performed only seven launches, and one ended in the emergency destruction of the rocket. Shortly after the last launch, the project was frozen due to the lack of real prospects.

In 2003, a test launch of the Strela rocket took place. This version of the conversion of the UR-100N UTTKh product was created at NPO Mashinostroeniya in cooperation with Khartron. The main differences from the "Rokot" consisted in a decrease in the degree of processing of the original design. In particular, a standard dilution stage was used as a booster unit. In 2013-14. "Strela" made two flights with a real load, after which the further fate of the project was called into question.

Thus, out of several proposed launch vehicles based on ICBMs, only two entered full-fledged operation and enjoyed success among customers. However, the flights of Dnepr and Rokot ended several years ago, and since then we have not had light launch vehicles at a ready base, which are cheap and easy to prepare. 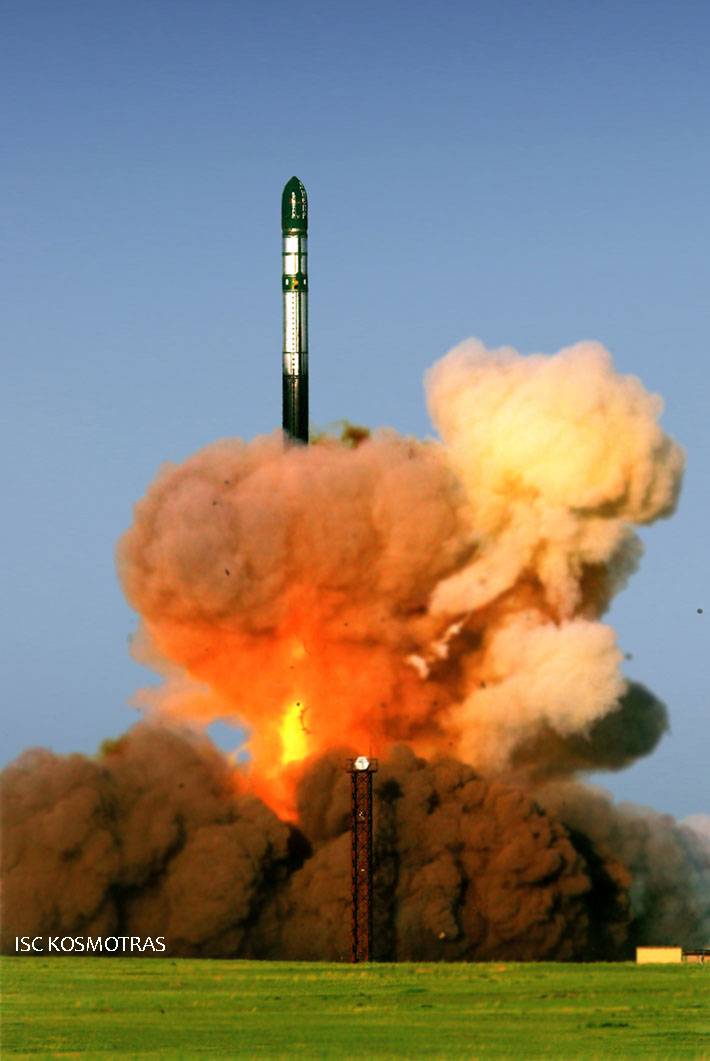 Start of the Dnipro. Photo "Kosmotras"
The reasons for this are simple and are associated with the deterioration of the international situation. Ukrainian industry has been involved in the development of a number of conversion projects. Thus, the Yuzhnoye design bureau and the Khartron company were involved in the Dnepr project. The latter also supplied equipment for the Rokot and Strela products.

In 2014-15. the new Ukrainian authorities ordered their businesses to sever military-technical and dual-technology cooperation with Russia. This made the further operation of the Dnieper and Strela impossible. The Rokot project also suffered, but to a lesser extent, which is why the launches continued until 2019 - until the accumulated stock of units was used up.

The second life of "Poplar"

In connection with the problems of the Rokot and Dnepr launch vehicles, the Russian MIT proposed to revive its Start project. The concept of a modified mobile soil complex for launching a load into orbit was presented at the Army-2016 forum. In the future, various statements were made about the features and prospects of such a project.

Start carrier rocket based on Topol. Photo Bastion-karpenko.ru
It was argued that the updated version of the "Start" has a number of important advantages. At that time, the Strategic Missile Forces launched the process of decommissioning the Topol ICBMs with the replacement of newer models. This made it possible to obtain a base for the launch vehicle in sufficient quantities. In addition, the project did not depend on unavailable imported components. New rockets could be launched from the Plesetsk and Vostochny cosmodromes.

At the beginning of 2019, it was reported that Roskosmos was studying the potential of the Start launch vehicle and the possibility of using it on Vostochny. In the autumn of the same year, the Russian Direct Investment Fund signed an agreement with TAQNIA from Saudi Arabia to jointly carry out work on the new version of Start. The finished rocket of the new modification was planned to be used in the interests of the two countries. Further news the progress of the "Start" has not been reported. Perhaps, while the design is underway, the finished rocket and space complex will be presented later.

In August 2018, the Center. Khrunicheva announced the start of work on a new modification of the Rokot launch vehicle. It should differ from the basic product mainly by a modern control system built without Ukrainian participation. The basis of the missile, as before, will remain the UR-100N UTTH ICBM - a significant number of such products still remain in the arsenals of the Strategic Missile Forces. 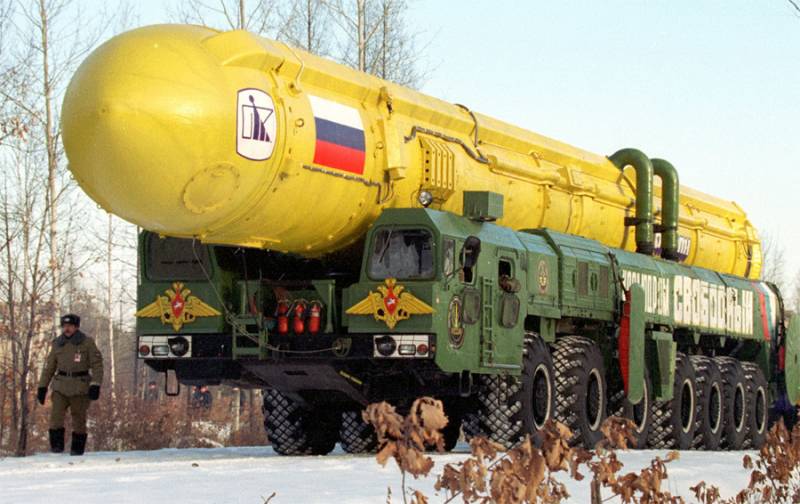 PGRK "Topol", converted for use in the project "Start". Photo Bastion-karpenko.ru
Some details of the project under development appeared in the media. The new control system was estimated at 690 million rubles, and the new upper stage at 1,45 million rubles. The total development cost reached 3,4 billion rubles. At the same time, it became possible to conduct up to 40 launches by 2028. Further operation of the Rokot-2 launch vehicle remains questionable due to the expected reduction in the stock of basic ICBMs.

In June 2020, it was reported that an order for the development of "Rokot-2" from the Russian Ministry of Defense had appeared. In March 2021, Eurockot Launch Services, virtually dormant for the past several years, announced the imminent resumption of flights. According to her, the first launch of the Rokot-2 LV is to take place in the second half of next year, and it will be a commercial launch.

Almost immediately, the Ministry of Defense denied this information. It reported that the modernization of "Rokot" is carried out only in the interests of the Russian army. The new missiles are to launch military satellites, and their commercial use is not being considered.

In recent decades, launch vehicles based on combat models have proven themselves well as a reliable and convenient means of launching a load into orbit. Starting in the nineties, samples of this kind made it possible to get rid of no longer needed military missiles, and bringing in a certain income. 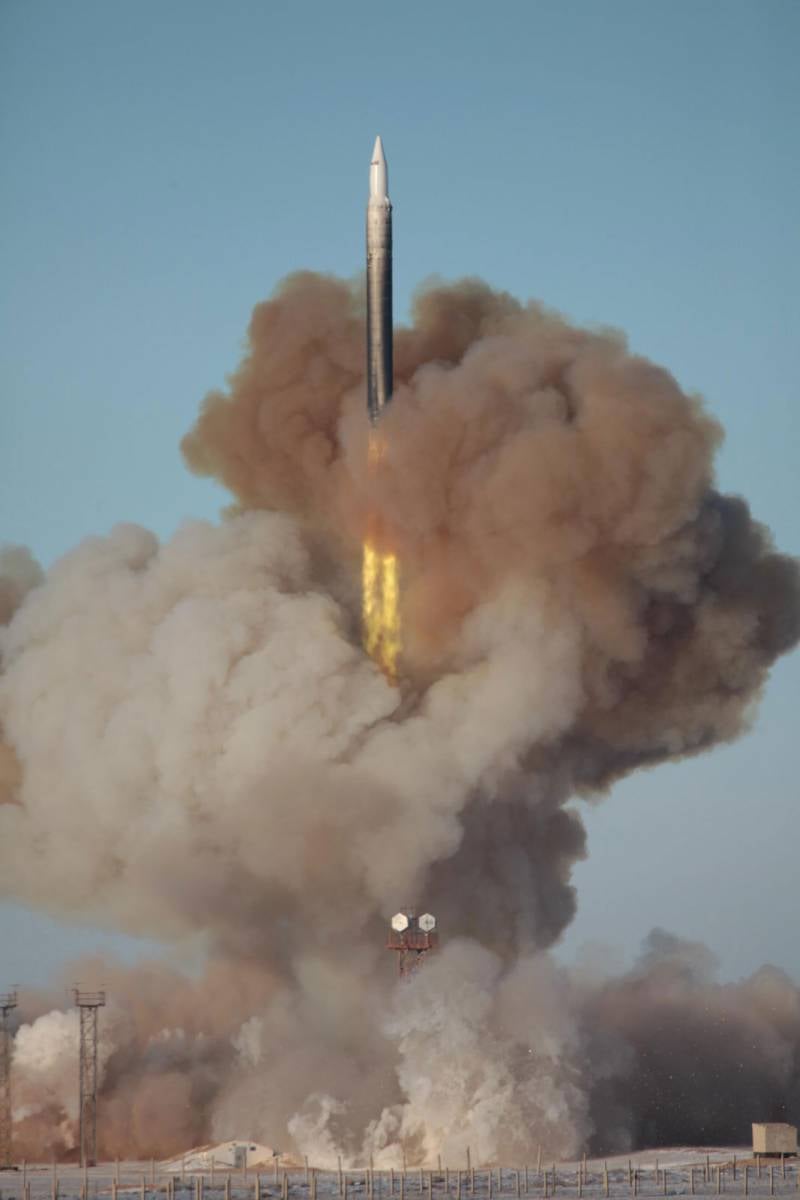 The last launch of Strela, December 19, 2014. Photo Russianspaceweb.com
Light rockets of the "Rokot" or "Start" type are of interest to a certain circle of customers and have good commercial potential. But more recently, their production and operation have proved impossible, and potential orders may go to other contractors. This development of events was duly appreciated, and the necessary measures in the form of new projects were taken within an acceptable time frame.

The first launch of a new modification of the Rokot product is expected next year. The prospects for an improved Start project are still unclear, but there are no reasons for pessimism either. Other developments, such as "Strela" or "Dnepr", seem to have finally gone into history.

Thus, in a few years, Roscosmos and the Ministry of Defense will have at once several domestic light-class launch vehicles - some products of the Soyuz family, the new Angara-1.2 and at least one sample made by converting a combat missile. Government and commercial customers will have more choice, and the disposal of obsolete ICBMs will again generate revenue.