The sixth mine-sweeper of project 12700 "Alexandrite" was launched 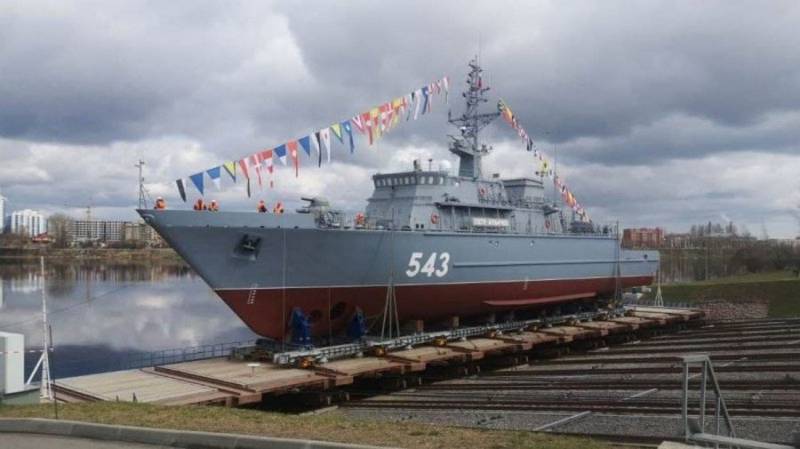 Another mine defense ship (minesweeper) "Pyotr Ilyichev" of project 12700 "Alexandrite" was launched. The ceremony took place at the Sredne-Nevsky shipyard, the press service of the enterprise reports.


The Pyotr Ilyichev is the sixth Project 12700 Alexandrite minesweeper, laid down at the Sredne-Nevsky Shipyard in July 2018. The transfer of the ship to the customer is scheduled for the summer of 2021, the ship will become part of the Pacific fleet.

The Commander-in-Chief of the Navy Nikolai Evmenov, who was present at the ceremony, said that this project had shown itself well and the construction of minesweepers would continue. So let's hope that the series of Project 12700 PMO ships will not be limited to 10 minesweepers as previously planned.

The sixth "Alexandrite" was named "Pyotr Ilyichev" in honor of the Hero of the Soviet Union, the Pacific Fleet sailor Pyotr Ivanovich Ilyichev, who closed the embrasure of the Japanese bunker on August 18, 1945 during the Kuril operation in the battles for the Shumshu island.

Ctrl Enter
Noticed oshЫbku Highlight text and press. Ctrl + Enter
We are
The sixth minesweeper "Pyotr Ilyichev" of project 12700 "Alexandrite" is removed from the shopReports from the militia of New Russia for 27-28 September 2014 of the year
Military Reviewin Yandex News
Military Reviewin Google News
62 comments
Ad