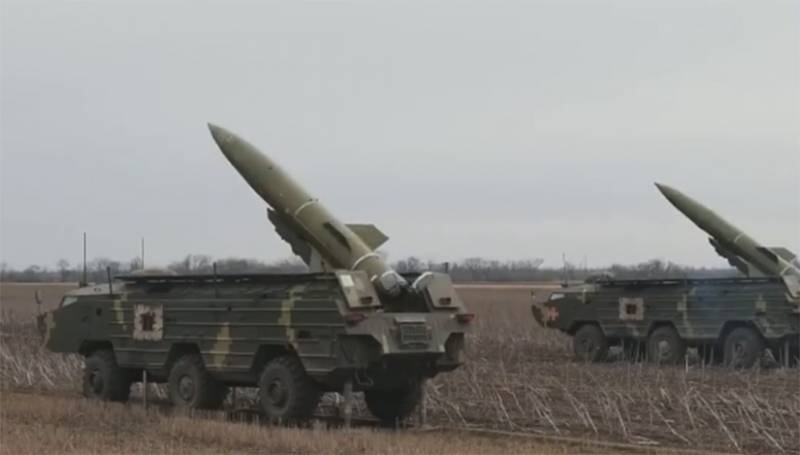 
Today it became known that the Armed Forces of Ukraine delivered Tochka-U missile systems to one of the ranges of the Kherson region. It is reported that exercises with the crews of these tactical complexes are being conducted in the south of the region.

The video published by the Ukrainian military department does not contain footage of missile launches. The movement of missile systems, their deployment and subsequent departure are shown. Judging by the footage, we can conclude that 4 Tochka-U complexes were taken out for military field maneuvers of the Armed Forces of Ukraine.

It is worth noting that the deployment of the complexes was carried out in various parts of the terrain.


The Ukrainian press, covering information about the maneuvers, writes that the deployment was carried out in the immediate vicinity of the "occupied Crimea". It is also added that the Armed Forces of Ukraine "continue to guard the integrity and sovereignty of Ukraine."

Recall that Zelensky arrived in the area of ​​the border with Crimea after his visit to the positions of the Armed Forces of Ukraine in Donbass. At the same time, in the office of the Ukrainian president, they once again made it clear that Zelensky is not going to conduct a dialogue with Donbass on ending the armed conflict.
Ctrl Enter
Noticed oshЫbku Highlight text and press. Ctrl + Enter
We are
Reports from the militia of New Russia for 27-28 September 2014 of the yearInterview of Vladimir Putin with Radio Europe-1 and TF1
Military Reviewin Yandex News
Military Reviewin Google News
50 comments
Ad