Macerevich: I cannot name the exact date of publication of the report on the causes of the Tu-154 disaster near Smolensk 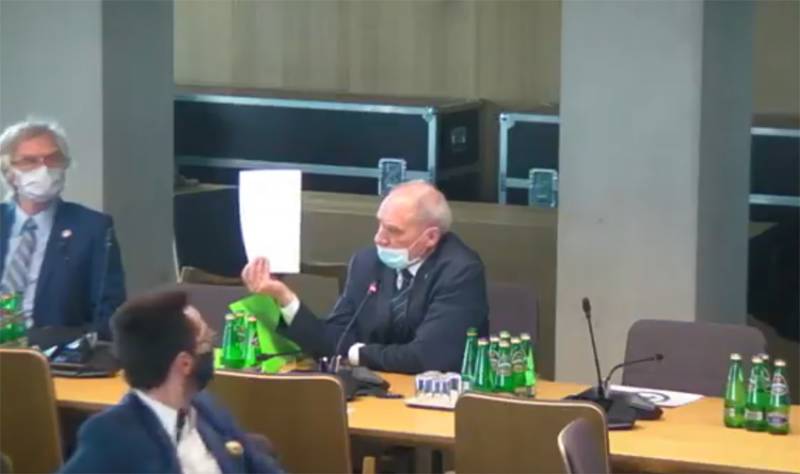 Former Minister of Defense of Poland Antoni Macerevich, who heads the so-called subcommittee to investigate the causes of the crash of the Tu-154 plane near Smolensk, was invited to a parliamentary committee hearing. The Diet deputies asked Macerevich when he would submit the final version of the report on what happened to the Polish "board number one" on April 10, 2010 in the Smolensk region.


Macerevich said that he could not yet name the exact date of publication of the final version of the report. At the same time, the chairman of the subcommittee noted that "at the moment the report as a whole has been formed, work is underway on certain editing."

The meeting of the Seimas Committee was held at the request of the opposition parties. These Polish political forces noted that for many years they have been hearing from Macerevich and the commission headed by him all sorts of versions about the causes of the catastrophe near Smolensk, "but no one has seen the report itself."

I would like to understand both the work of this subcommittee and its funding. I also want to know when her report will be on the table before the Minister of National Defense.
Antoni Macerevich:

I cannot say exactly when we will complete the work on the report. So far, the final printed version of it has not been formed, and the report has not been approved. We were going to present everything last year, but our plans were interrupted by a pandemic.
According to the head of the subcommittee, its members "will be satisfied that they will be able to present their arguments and train of thought."

Antoni Macerevich previously stated that the Tu-154 aircraft, on board of which the President of Poland was, fell "due to an explosion on board." According to Macerevich, "the explosives were installed in the wing of the aircraft after it was repaired in Russia."

These statements are subjected to harsh criticism in Poland itself, pointing to a number of inconsistencies. In particular, it turns out that the plane flew for a long time with an explosive device on board, but no one in Poland found explosives all this time.

One of the previously asked questions to Matserevich, which so far remains unanswered:

Did the Russians initially know that the president would fly to Smolensk in April 2011, and therefore decided to "blow up" the plane when it was over Russian territory?
Earlier, Polish experts, who worked together with Russian ones, signed a final document, which spoke about the real causes of the disaster. The pilots did not take the plane to an alternate airfield in sharply deteriorating weather conditions, being under pressure from the Air Force Commander, who was in the Tu-154 cockpit at the time of landing, and was also intoxicated.

Now Macerevich is trying with all his might to shift the responsibility onto Russia. Although, as experts in Poland itself note, Macerevich's version leads to the emergence of new and new questions to the Polish special services and the brother of Lech Kaczynski, who died near Smolensk.
Ctrl Enter
Noticed oshЫbku Highlight text and press. Ctrl + Enter
We are
Reports from the militia of New Russia for 27-28 September 2014 of the yearYuri Drozdov: Russia prepared the role of the sacrificial calf
Military Reviewin Yandex News
Military Reviewin Google News
38 comments
Information
Dear reader, to leave comments on the publication, you must sign in.