Putin: on the "red line" and three calls for the West 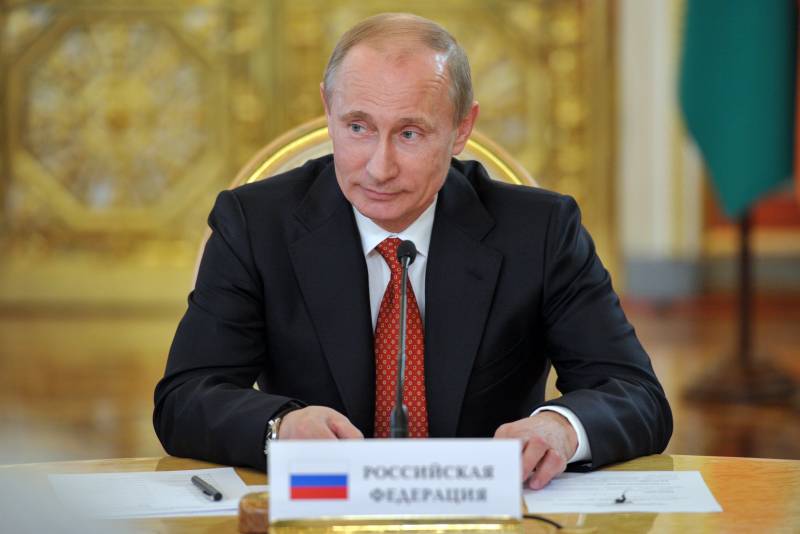 The message of the President of the Russian Federation to the Federal Assembly is, as they say, a classic of the genre. They know about him, they are preparing for him, the authors even happened to get into the press room with a broadcast. But no instant calls to action and decisions are expected from him. After all, the theses in the message, although important, are, as you know, strategic, but still - recommendatory.

However, not this time - the president's address to the deputies and senators came at a very alarming moment for the country, when the conflict in Donbass at any moment could turn into a full-scale war with all the ensuing consequences. The head of state, perhaps, even had to promptly change the prepared text, strengthening the accents, according to the situation.

Traditionally, the message can be divided into two parts: domestic and foreign. And the second component, judging by the agenda, should be a priority. But it is not so. Historical experience shows that Russia fell into protracted crises precisely because of internal discord and social disorder. But external factors, on the contrary, collected and strengthened the country. Therefore, the situation inside the country is just as important.

In the first place, of course, is the topic of coronavirus. In his message, Vladimir Putin thanked the Russians, doctors and scientists for the fight against the Covid-19 pandemic. On the one hand, the numbers are quite serious: 4,7 million people in the country fell ill, over 100 thousand people died. But, on the other hand, an effective vaccine against coronavirus has been developed, vaccination is difficult, but gaining momentum.

Over the past year, the state has set social accents in such a way that the threat of mass unemployment has remained largely on paper, but in words, that is, it has not turned into a large-scale problem. And most importantly, we managed to preserve a single economic space: the regions did not close on the principle of “at least survive on our own”.

The second aspect is, in fact, the internal political one. Social irritation in society is gradually but growing. The government continues to tighten the "screws", to take punitive measures, but the effectiveness of the state mechanism itself does not increase. Beacon institutions such as the police and the courts do not inherently change. It is very difficult to achieve a quick response to violations already 100 kilometers from Moscow.

Therefore, such a factor as Navalny (the head of an organization included in the register of foreign agents) must be taken seriously. Although this is a "sent Cossack", and his supporters are few. But, if irritation in society grows, then this vector can quickly increase at the expense of the dissatisfied. It is no coincidence that the state has clearly marked a red line for this Vladimir "inmate" - all structures that support his movement can turn into extremist, that is, undermine national security. And the conversation with the extremists in the country will be short.

But, again, only punitive measures cannot be dispensed with. It is no coincidence that Putin voiced a whole package of social measures in his message. Among them are support for families with children, and an increase in the number of budget places in universities for young people, etc. The measures, in principle, are not bad, but this is nothing more than a soft correction, rather than a fundamental change in the social trend. A lot of problems have accumulated in this area, and “gifts” alone are indispensable.

But the foreign policy part of the President's message is completely different. Extremely specific and even harsh. Apparently, throwing, retreating and avoiding blows are over. Vladimir Putin's address to the Federal Assembly was the finale of a great job of drawing "red lines" on the ground.

The recent transfer of several armies and formations to the south and west of the country and the conduct of eloquent exercises demanded a resume. And it is like this - we will not give offense to Donbass, but don’t think about Crimea in general. If you are rude and incite "tobacco", then no one will seem a little. The northern Black Sea region may become a closed zone, and the project of "independent Ukraine" will end.

But it's not just Ukraine. The West in Eastern Europe is playing a great strategic game. The attempted coup d'etat in Belarus says a lot - the task of pushing Russia to the edge of the "heartland" has not been removed from the agenda. Vladimir Putin called the actions of American agents to eliminate Lukashenko unprecedented.

And the point is not that "dad" is irreplaceable at this stage. And the fact that the United States, as noted by expert Rostislav Ishchenko, is walking on a very dangerous brink of being drawn into a large-scale conflict by a nuclear power, which is Russia.

The President of the Russian Federation once again recalled that the country has a large military and nuclear potential:

“Russia is updating military equipment in the army, including nuclear weapon... "Avangard", "Peresvet" are already in service, soon the troops will enter the "Sarmat", re-equip (the army) with missiles "Dagger", "Caliber" and "Zircon". Work continues on "Petrel" and "Poseidon".
And finally, the final emphasis in Vladimir Putin's address:

"The organizers of any provocations against Russia will regret it as they have not regretted anything for a long time."
The statement is harsh, but it’s just not about war, but about peace. In other words, let the “external partners” stop at the peaceful stage, you don’t have to go beyond these “red markers”, and everyone will be fine.

But many still ask the question - why did Russia mark its "red lines" so late? Indeed, since the end of the 80s of the last century, the USSR (and then the Russian Federation) only gave up its positions. First, the Warsaw Pact bloc disappeared. The Western partners stated that they would not involve the countries that were part of this bloc into their orbit.

But wherever there - pretty soon the Czech Republic, Hungary, Poland and other "fragments" of the Internal Affairs Directorate were drawn into NATO. Then there were speeches that the former republics of the USSR would not be touched. But here, too, the realities turned out to be different - the Baltic countries were turned into an eastern outpost of NATO, and now they are approaching Ukraine at full speed. And only when NATO, figuratively speaking, were on the way to Rostov-on-Don, Russia had to rigidly place "landmarks".

There are many reasons for this, but economic ones are in the foreground. Since the beginning of the 90s of the last century, the Russian Federation has decided to build a fundamentally different economic model, in contrast to the USSR, which aspired to autarky. That is, to develop all possible industries to the maximum and to depend on external partners to a minimum.

Of course, the new autarchy did not work out. The Soviet Union was dependent on other countries for many aspects, especially when it began exporting hydrocarbons to the West. The Russian Federation has simplified the model, ruthlessly discarding many industries and plunging domestic production into the crisis, and, consequently, its own population.

A radical liberalization of the country's financial market has taken place - investments flowed to us, mainly of a speculative nature. A reverse trend also emerged - oligarchic groups, having earned capital in the "super-efficient" sectors of the economy, mainly raw materials, were actively withdrawing money abroad. The desire to please the West, to enter into close contact with it, was transformed into endless concessions, but only from our side.

The first "call" that we never became friends sounded in 2008 - in South Ossetia. The second was in Ukraine, in 2014, when Crimea went home. The introduction of economic sanctions for the "annexation" of the peninsula has sobered the political elite of Russia in many ways. It became clear that the collective West is stubbornly pursuing a strategy, if not elimination, then the maximum suppression of the "threat" from the east. National interests of the Russian Federation, as a nuclear power, as it turned out, no one was going to take into account.

Thank God, since 2014, our country has begun to rapidly move away from external food dependence. The implementation of the import substitution program began in the industrial sector. But, according to Doctor of Economics Valentin Katasonov, many reforms in the country turned out to be half-hearted, and some, in general, remained on paper.

The saddest thing is that the financial policy of the state has not changed. The principle of currency liberalization remained prevailing. Attempts to expand the cash flows leaving the country have been made more than once, but the main vector has not changed.

Already in March of this year, Vladimir Putin held a meeting on investment in the domestic economy. Then it was announced that the authorities would strongly encourage those who would invest in the country. But, in addition to incentives, it is reasonable to introduce at least some kind of restriction on the cross-border movement of capital in the current situation. But not a word was said about this.

If we talk about the President's message to the Federal Assembly, then, according to Valentin Katasonov, it is not balanced. A number of harsh foreign policy statements were made, but they were in no way backed up by domestic economic theses. Expert conclusion:

"So far, no major changes in the trajectory of economic development of the Russian Federation are foreseen."
In other words, the army and navy are, of course, reliable allies of Russia, but without a serious transformation of the country's economic model, they may find themselves without a reliable rear. A significant part of the political elite continues to follow the old rails, still hoping that it will be possible to make friends with the West. Largely because of this, the "red lines" were marked so late.

Ctrl Enter
Noticed oshЫbku Highlight text and press. Ctrl + Enter
We are
A great interview with Sergey Lavrov: about Ukraine, Obama and IranWhat you didn't want to know about England
Military Reviewin Yandex News
Military Reviewin Google News
153 comments
Information
Dear reader, to leave comments on the publication, you must sign in.