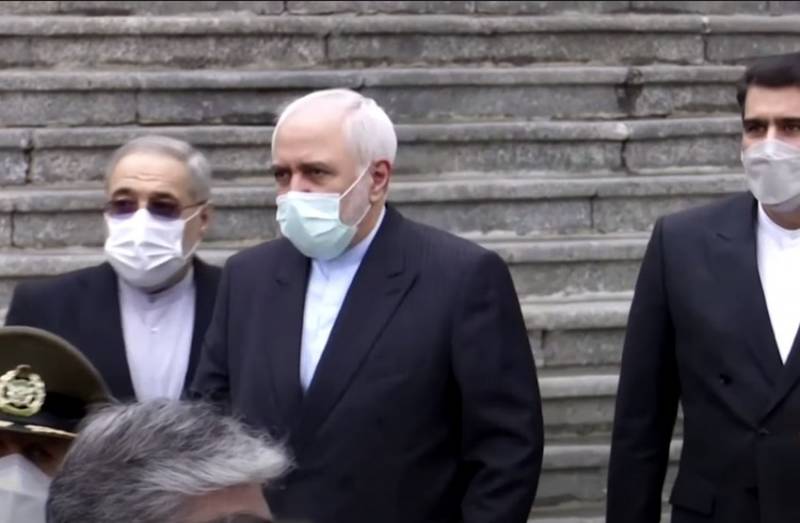 The Iranian Foreign Ministry plays a minor role in the foreign policy of the state, which is mainly determined by the Islamic Revolutionary Guard Corps (IRGC). The American edition of The New York Times writes about this with reference to statements by Iranian Foreign Minister Mohammad Javad Zarif.


The American publication refers to the recording of a conversation between Iranian Foreign Minister Zarif and economist Said Leylaz, in which they discuss, among other things, the political life of Iran. According to this entry, Zarif in the conversation walked away from the official line of Tehran and said about disagreements with the IRGC, and more specifically, that the foreign policy of the state is determined by the guards of the revolution, and not the Iranian Foreign Ministry.

He spoke about his attitude towards General Qasem Soleimani, who was killed by the Americans, who often undermined the efforts of the Iranian Foreign Ministry by pursuing his own policies. This applied to both the nuclear deal and the war in Syria. According to Zarif, in Iran, the military determined the entire policy of the country, placing military interests above the interests of diplomacy.

The record with the "revelations" of the Iranian Foreign Minister appeared in March, and confirmed the information that the Iranian Foreign Minister does not have freedom of action and his possibilities are limited. It is not yet known how this will affect Zarifa himself, but in Iran itself there are already proposals to dismiss Zarifa for revealing the peculiarities of the internal policy of the state. Moreover, in Iran itself, not everything is going smoothly now after two murders and accidents in the field of nuclear technology.

The opinion is expressed that Zarif's political career may end there, since other countries will not want to negotiate with a person who "does not decide anything."
Ctrl Enter
Noticed oshЫbku Highlight text and press. Ctrl + Enter
We are
US press: Iran initially hid the truth about the downed Ukrainian BoeingJournalists found out who invited the Iranian minister to the site of the G7 summit
Military Reviewin Yandex News
Military Reviewin Google News
52 comments
Information
Dear reader, to leave comments on the publication, you must sign in.