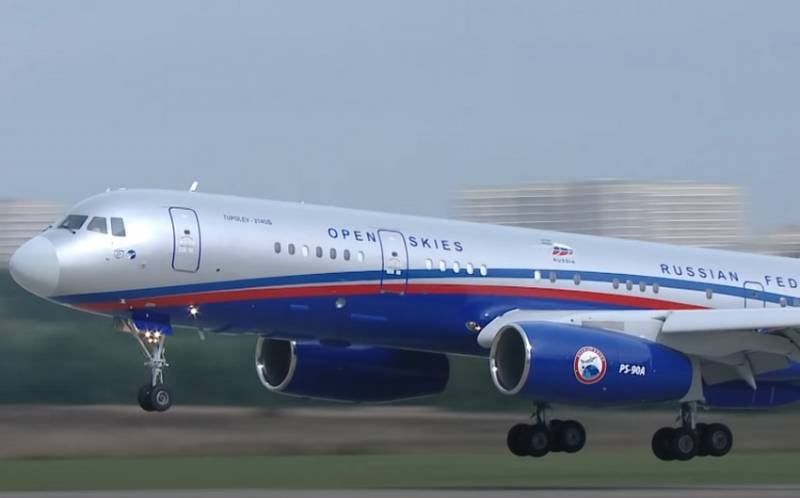 By the end of May, Russia will complete all procedures preceding the country's withdrawal from the Open Skies Treaty. In the event that the United States does not announce its return to the Don by this time, Moscow will finally leave the treaty, the Foreign Ministry warned.


The Russian Foreign Ministry is preparing a bill to withdraw from the Don, in the coming days it will be sent to Vladimir Putin for familiarization, and then it will be considered in the State Duma and the Federation Council, warned in Moscow.

According to the head of the Russian delegation at the Vienna talks, Konstantin Gavrilov, Russia is required to make unilateral concessions and continue to fulfill its obligations under the treaty, but Moscow will not make concessions and will continue to prepare the final withdrawal from the Don.

At the same time, Moscow said that if the United States returns to the treaty, Russia will also remain in it.

However, judging by the latest news from the USA, everything goes to the fact that they are not going to return to the treaty. In early April, the US Air Force announced its decision to write off both Boeing OC-135B aircraft used in flights within the framework of the Don. Promises to return to the treaty using Allied aircraft are not taken seriously, even by experts. So from the beginning of June, Russia will begin the procedure for withdrawing from the Open Skies Treaty.
Ctrl Enter
Noticed oshЫbku Highlight text and press. Ctrl + Enter
We are
Reports from the militia of New Russia for 27-28 September 2014 of the yearYuri Drozdov: Russia prepared the role of the sacrificial calf
Military Reviewin Yandex News
Military Reviewin Google News
22 comments
Ad