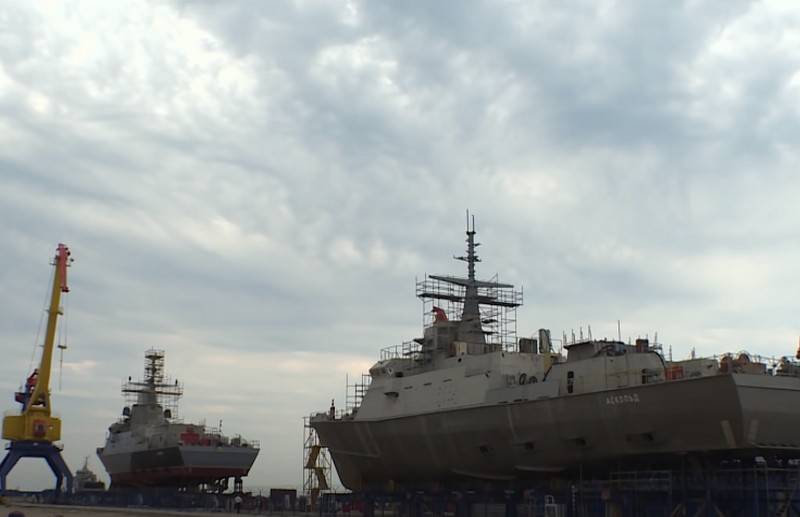 The Russian Ministry of Defense has traditionally annually coincides with Victory Day to mark or transfer to fleet ships and submarines. This year will not be an exception either.


According to a source in the shipbuilding industry, whose words convey TASS, by May 9, six ships and submarines will be laid down at once. The exact date has not yet been determined, but it is assumed that it will be the beginning of May.

So, according to the source, by the Victory Day, the Sevmash will host the laying of two Boreyevs, which have already received the names Dmitry Donskoy and Prince Potemkin. The fifth and sixth submarines for the Pacific Fleet of Project 636.3 Mozhaisk and Yakutsk will be laid down at the Admiralty Shipyards in St. Petersburg. The laying of two unnamed Project 20380 corvettes will take place at the Amur shipyard in Khabarovsk.

At the moment, no official confirmation of this information has been received, at the enterprises where it is planned to lay the ships and submarines do not comment on the received data. It is assumed that this will be announced later; the Russian president or one of the high-ranking officials may take part in the laying ceremony.
Ctrl Enter
Noticed oshЫbku Highlight text and press. Ctrl + Enter
We are
List of CIA-funded Russian public organizationsDecember 2010 years. Russian March. Senseless and merciless? Notes not a Russian person
Military Reviewin Yandex News
Military Reviewin Google News
28 comments
Information
Dear reader, to leave comments on the publication, you must sign in.