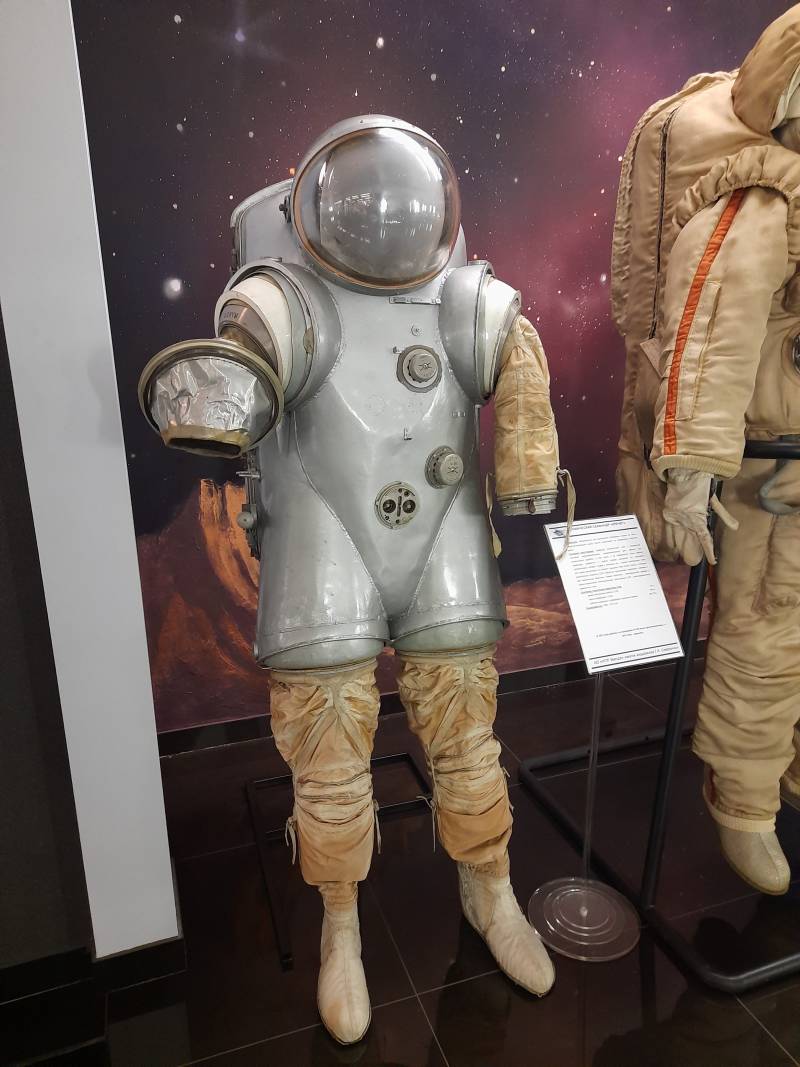 During the preparation of the Soviet lunar mission, at JSC NPP Zvezda, the simultaneous development of two lunar spacesuits that are fundamentally different in their design was carried out:


1st - soft-type spacesuit "Eagle", developed on the basis of the spacesuit "Yastreb", used during the transition from the spacecraft "Soyuz-5" to "Soyuz-4";
2nd - a semi-rigid type spacesuit named "Krechet" (Krechet-94).

In SC "Krechet" for the first time in stories world cosmonautics used a semi-rigid design, which had previously been implemented only in the experimental spacesuits "EVA" (see a short (1:33) video review of the VKD spacesuit).

The SC was based on a cuirass made of aluminum alloys with an integrated fixed helmet. The sleeves were attached to the cuirass and had shoulder, elbow and wrist bearings to ensure good mobility.

The legs were attached to the cuirass from below. "Soft" elements of the SC had a power nylon and a double sealed shell. A protective "suit" with additional radiation and heat protection was worn from above. 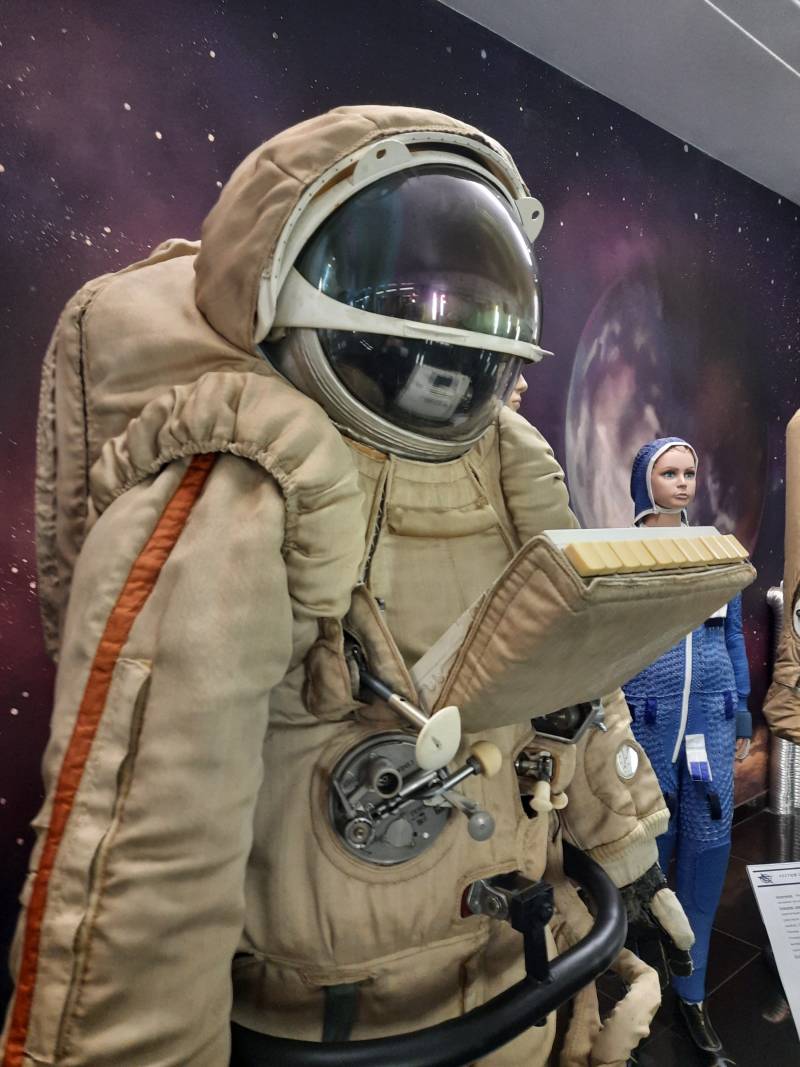 The spacesuit was entered through an entrance hatch located on the back. The "Caspian" life support system is located in the door. Such a solution not only greatly facilitated the entry into and out of the spacecraft, but excluded the presence of communication systems passing from the coolant pack to the spacesuit, in a vacuum under the influence of aggressive factors of open space.

The aluminum cuirass served as a kind of power base and gave more opportunities for a convenient location of the SC controls and auxiliary equipment (see a short (2:00) video review of the "Krechet-94" spacesuit). 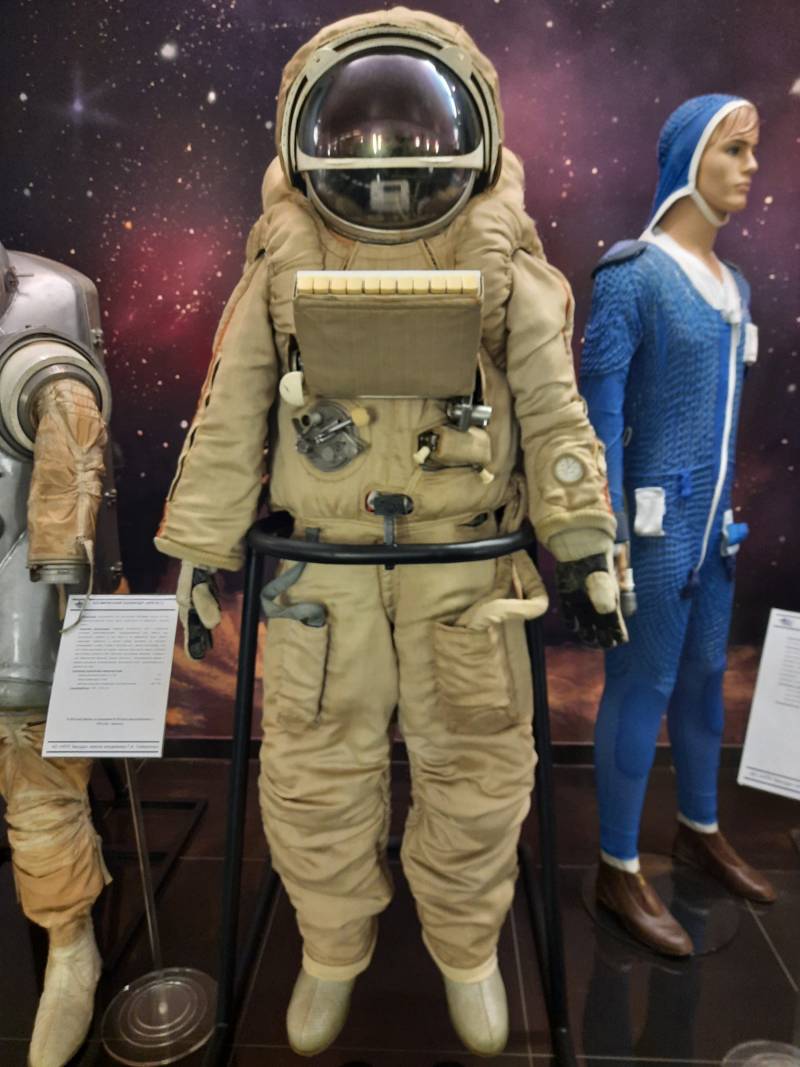 SC "Krechet" assumed the use of a suit of water cooling and ventilation. In the working mode, the inner space of the spacesuit was filled with pure oxygen, and the working mode of excess pressure was 0,4 kg / cm², which in vacuum conditions is about 320 mm Hg. or the equivalent to an altitude of 7 kilometers.

Since the requirement for battery life has been increased to 10 hours, solutions for the installation of a drinking device and a urine collector are implemented in the spacesuit.

A distinctive feature of the Krechet lunar spacesuit was a chest console made in the form of a drop-down tablet. 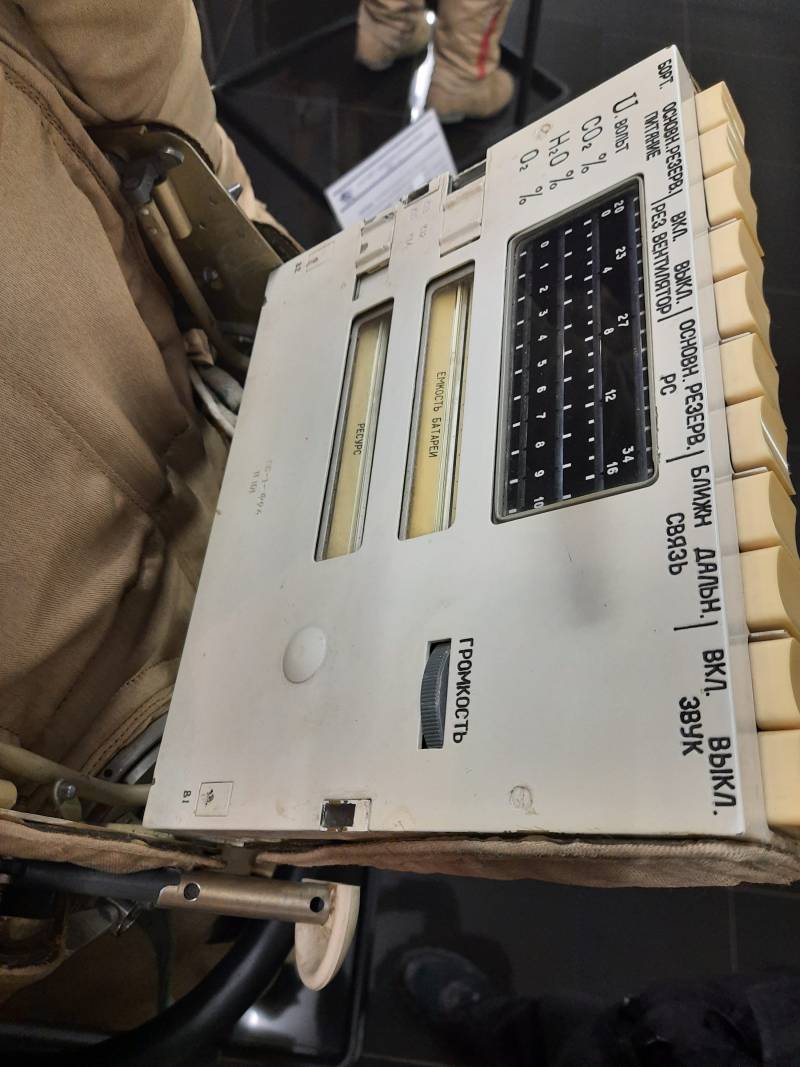 The efforts to develop the Krechet-94 Spacesuit were not wasted. In accordance with the Luna-3 program, two people were supposed to go to the moon. The commander of the spacecraft remained in orbit in the lunar orbital ship, while the second cosmonaut landed on the moon.

Naturally, the requirements for the two spacesuits had to be different: the first - for work on the lunar surface with long-term autonomous operation, the second - in zero gravity conditions and a shorter battery life.

As mentioned above, the lunar version was named "Krechet", and the orbital spacecraft for the commander of the ship was named "Orlan". Additional (unnecessary during extravehicular activity) equipment (ankle joints, an additional radio, a reinforced layer of radiation protection, etc.) was removed from the Orlan.

The flight of Soviet cosmonauts to the moon never took place. But the Orlan spacesuit has become the main and only domestic spacecraft for spacewalk, which has proven itself from the best side.

Over time, he went through a number of upgrades. The ergonomic and technical characteristics were significantly improved, the battery life was increased, and a lot of applied research was carried out.

If necessary, it is quite possible to create a new modification of the SC "Krechet 20XX" in a short time. Nevertheless, the appearance of the future lunar spacesuit will depend on the tasks assigned to it, since the discussion about the use of a universal spacesuit of the SK "Eagle" type remains open ...