US begins to deploy SAM M-SHORAD 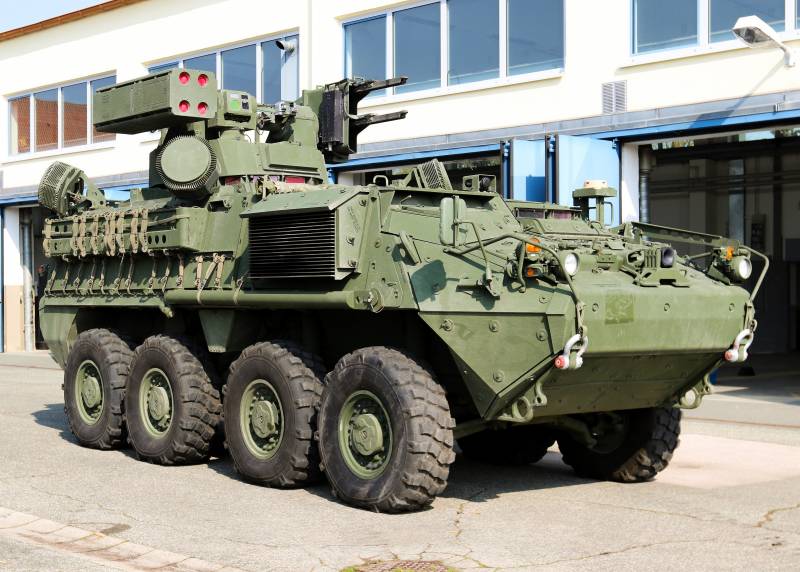 One of the M-SHORAD machines transferred to 5-4 ADA

The US Army begins planned re-equipment of military air defense units. One of these divisions received the first batch of M-SHORAD self-propelled anti-aircraft missile and gun systems. In the near future, the equipment will undergo experimental military operation, according to the results of which the process of full rearmament will be launched.

The beginning of rearmament

The 5th battalion of the 4th anti-aircraft artillery regiment (5th Battalion, 4th Air Defense Artillery Regiment or 5-4 ADA) from the 10th command of the US Army's anti-missile and air defense in Europe was selected as the first operator of the new M-SHORAD air defense missile systems. This division was formed in 2018 and is based in Ansbach (Germany). Since its inception, the battalion has used Avenger short-range missile systems.

Last year, 18 ADA 5-4 troops were deployed in the previous phase of the M-SHORAD program. They underwent the necessary training and participated in the tests of the complex for several months. Now they will be able to transfer their knowledge and skills to the entire battalion. 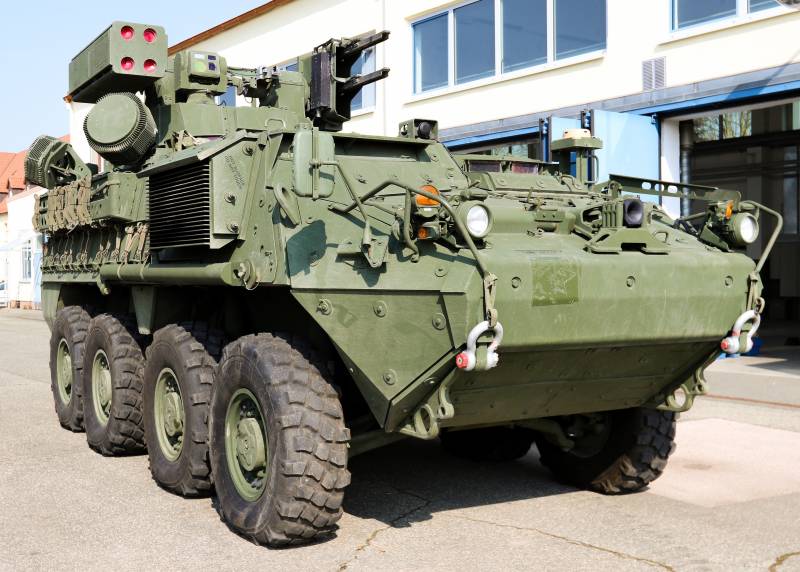 On April 23, the Pentagon announced the transfer of the first four air defense missile systems of a new type to the 5th battalion. According to some reports, we are talking about an experimental technique previously used in field trials. The complexes were received partially dismantled - in particular, there are no automatic cannons. After the installation of the missing units, the air defense missile systems should go into operation in order to train new crews.

ZRPK M-SHORAD has already entered mass production, and deliveries of the first batches are expected soon. It was announced that by the end of September this year, ADA 5-4 will receive another 28 new complexes. Thanks to this, the fleet of such equipment will be brought up to the staffing number of 32 units, which will allow starting a full-fledged service, as well as completely replacing the outdated Avengers.

The goal of the M-SHORAD program is to modernize military air defense through the construction and deployment of missile and gun systems of the same name. Currently, the first stage of the program is being implemented, during which they are going to re-equip four existing anti-aircraft battalions / divisions. 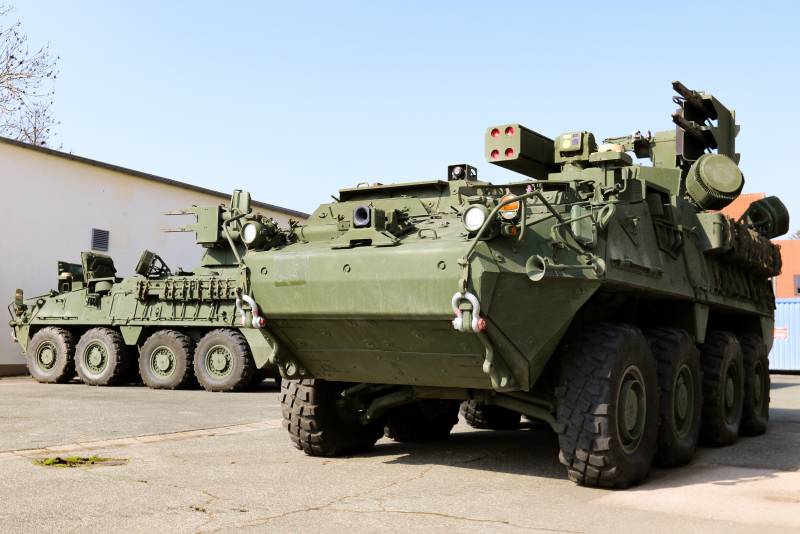 The first of these is the 5-4 ADA, serving in Germany. In the near future, a similar rearmament of three more units will begin. What divisions and battalions will receive new equipment has not yet been reported. It is only known that they are stationed in the United States.

As part of the first phase of the program, the Pentagon will acquire and distribute 144 new-type combat vehicles. Each of the divisions / battalions will receive 32 units. Two units will be re-equipped by the end of the current fiscal year, and the remaining two will switch to new equipment during FY2022.

Work on the promising M-SHORAD air defense missile system started in February 2018.The goal of the project was to create a self-propelled military air defense system to combat a wide range of air threats typical of modern conflicts. One of the main requirements for the project was to use the maximum possible number of ready-made components and assemblies, due to which it was planned to reduce the development time - for the fastest launch of the series and rearmament.

Already in June 2018, the head developer of the complex was selected - the Leonardo DRS company (the American branch of the Italian Leonardo). American and foreign organizations were involved in the project as suppliers of individual units. 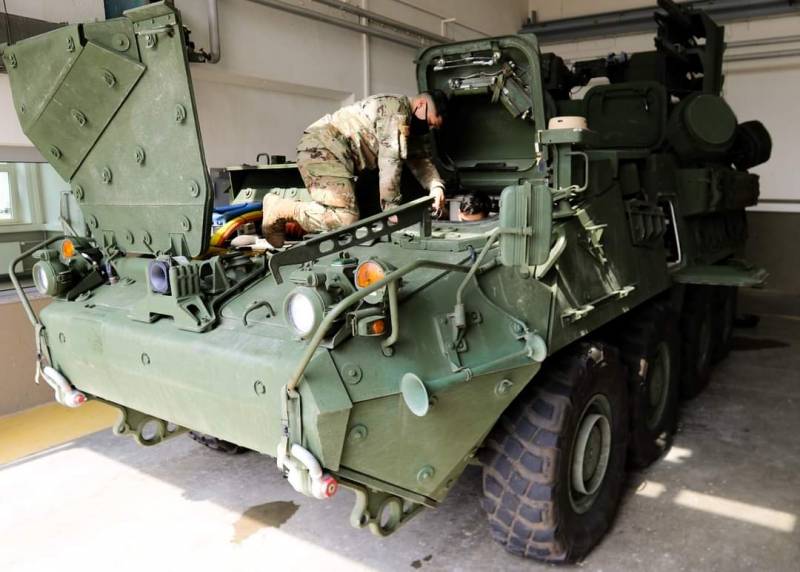 Prototypes of the new air defense missile system were built and tested last year. According to the test results, at the end of September, a contract worth $ 1,2 billion appeared for the production of serial equipment for subsequent delivery to the troops. The construction work was entrusted to General Dynamics Land Systems. The contract begins with the construction of 28 vehicles with a total cost of $ 230 million.

Thus, one of the key tasks of the M-SHORAD project was successfully completed. A little over two and a half years passed from the launch of the program to the signing of the contract for the series. After another six months, the first anti-aircraft complexes of the new type entered the combat unit, and in a few months the 5-4 ADA will reach full combat readiness on the new materiel.

To speed up and simplify the development of a new type of air defense missile system, they were made on the well-mastered Stryker serial chassis. On such a machine, it was proposed to mount the Mission Equipment Package (MEP), formed by the forces of Leonardo DRS. 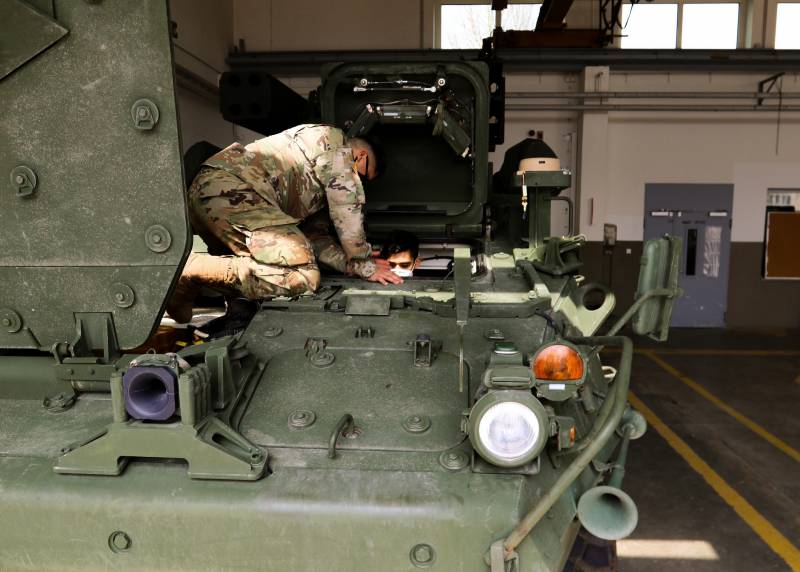 The most notable component of the MEP is the Reconfigurable Integrated-weapons Platform (RIwP) turret from Moog. The turret has an artillery mount with a 30-mm XM914 cannon and a 7,62-mm M240 machine gun, as well as two launchers for two types of missiles. To attack air targets, it is proposed to use FIM-92 Stinger and AGM-114 Hellfire missiles - 4 and 2 pcs. respectively.

Target detection and tracking is carried out using the Multi-Mission Hemispheric Radar (MHR) from the Israeli company Rada Electronic Industries. It includes four AFARs, placed at the corners of the roof of the carrier vehicle. Such a complex conducts circular observation in the upper hemisphere and is capable of detecting a large air target at ranges of at least 20-25 km. Detection of nano-drones is provided from 5 km. The MX-GCS optoelectronic unit on the RIwP turret is used to control the barrel armament and for the initial missile guidance.

Inside the combat vehicle are control units for observation and weapons, crew jobs, etc. It also provides for the possibility of transporting additional missiles for reloading launchers.

The main task of MEP / M-SHORAD is to combat air targets in the near zone. Depending on the type of object detected, it is possible to use a machine gun, cannon or missiles with different combat qualities. Such a complex of weapons can also be used against any ground targets, from manpower to armored vehicles. 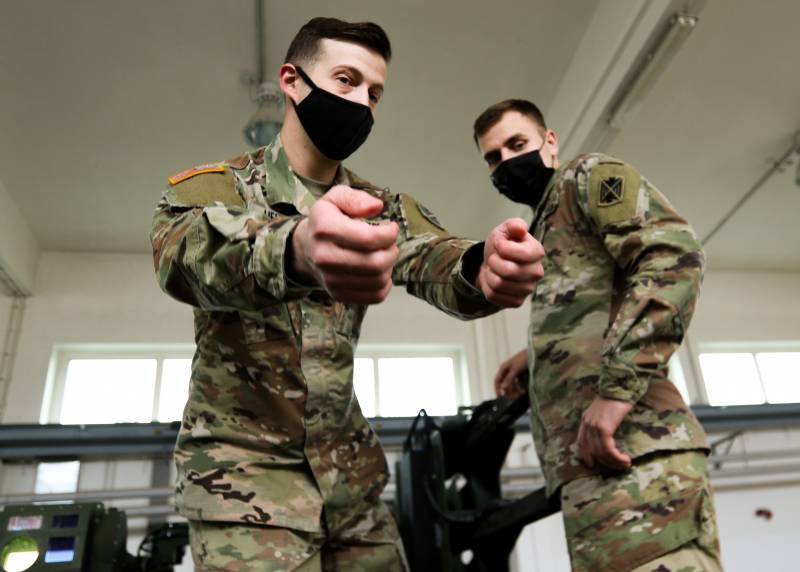 It is believed that the new ZRPK meets all the requirements. It is capable of striking all designated targets and is highly flexible in its use. At the same time, in all characteristics and capabilities, the M-SHORAD surpasses the existing Avenger near-field complex.

ZRPK M-SHORAD was created as a response to current challenges and threats. The current state of the military air defense of the US Army leaves much to be desired - in fact, it is being built only on the Avenger complexes, which no longer meet modern requirements. In this regard, in 2018, the development of several new samples with different characteristics and capabilities was launched, capable of fighting a wide range of targets, from aircraft to small UAVs.

The first of the new models in three years was brought to a series and trial operation in the army. In the near future, rearmament with the M-SHORAD will continue, and then new models for military air defense may enter service. So, work continues on the laser complex on the Stryker chassis. In the medium term, the new technology will make it possible to abandon outdated samples.

Thus, the big problems of the American military air defense are being solved, and it was possible to fulfill some of the assigned tasks in a short time. Now the fate of air defense depends not so much on promising projects as on contractor organizations and their ability to build the required amount of equipment in a timely manner.