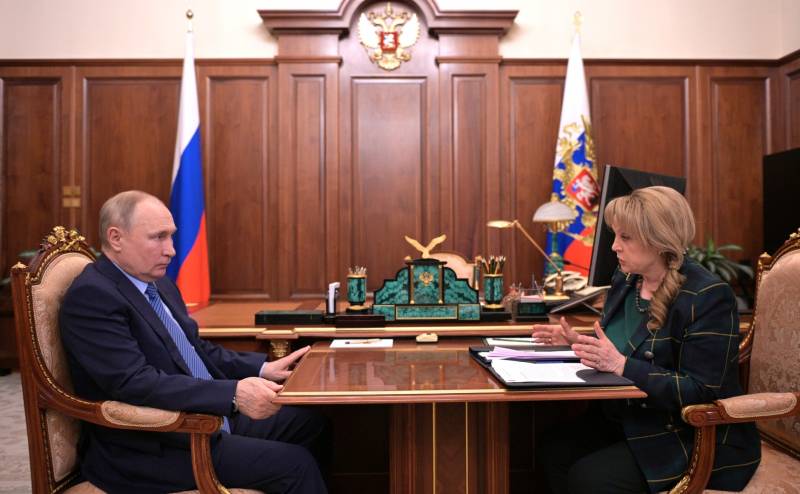 The statement of the head of the Central Election Commission of Russia Ella Pamfilova, made during a meeting with President Vladimir Putin, is being actively discussed. Pamfilova's statement is related to the electoral system in the Russian Federation.


In response to Putin's words that there is a big election campaign ahead in Russia, the head of the Central Election Commission of the Russian Federation stated literally the following:

At the same time, the chairman of the CEC called the all-Russian vote on amendments to the Constitution a test for the current composition of the commission.

Ella Pamfilova also stated that among the opponents there were intentions to discredit the Russian vote, first of all, on the mentioned changes to the Basic Law of the country.

The head of the CEC to President Putin:

Let us remind you that elections to the State Duma will take place in Russia this year. When asked by Putin about whether Pamfilov was financially prepared for them, he thanked the head of state and said that "now there are no problems."

Ella Pamfilova has been the Chairperson of the CEC since March 2016. She previously held other government posts, including the post of Minister of Social Security in 1991-1994.

Ctrl Enter
Noticed oshЫbku Highlight text and press. Ctrl + Enter
We are
Reports from the militia of New Russia for 27-28 September 2014 of the yearInterview of Vladimir Putin with Radio Europe-1 and TF1
Military Reviewin Yandex News
Military Reviewin Google News
257 comments
Information
Dear reader, to leave comments on the publication, you must sign in.